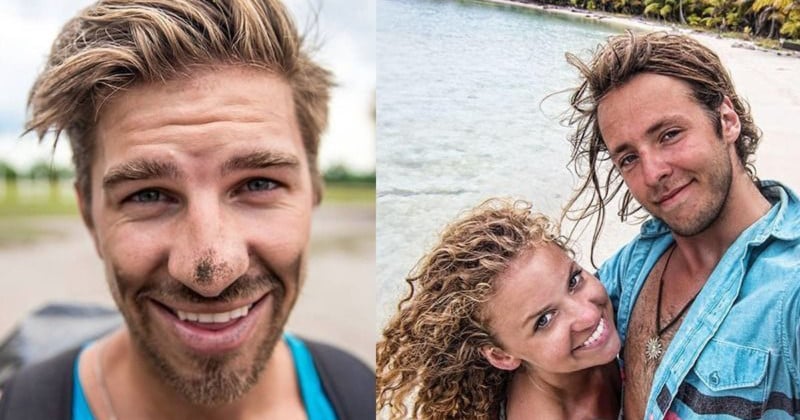 Three popular Vancouver-based travel vloggers and social media influencers were killed this week in an accident in which they plunged off the Shannon Falls in British Columbia, Canada.

CBC reports that Ryker Gamble, Alexey Lyakh, and Megan Scraper were at the falls on Tuesday when, according to witness reports, Scraper slipped and fell from the rocks above the falls and into the strong current. Gamble and Lyakh then both reportedly jumped into the water themselves to save their friend, but all three were then swept off the waterfalls, plunging nearly 100 feet (30m) to their deaths.

All three people were members of High On Life, a travel blogging collective that has an enormous presence on social media, boasting over 500,000 subscribers on YouTube and over 1.1 million on Instagram. The members travel the world, getting paid to stay at luxury resorts, and share videos and photos online of their adventures.

Crew elephant bath 🐘💦 💙 check out the daily vlogs on our YouTube! 🐘@elephantsbali

Gamble and Lyakh made headlines for the wrong reasons a couple of years ago when they shared photos and videos of themselves and two other members walking on Yellowstone’s iconic Grand Prismatic Spring. The incident sparked outrage and investigation by authorities, and both men ended up being fined $2,000, sentenced to 7 days in jail, and banned from US Public Lands for 5 years.

Those who were outraged by the men’s actions then scoured their social media accounts for more illegal activities, reporting their findings to US authorities. This resulted in additional tickets for infractions in other parks such as Death Valley and Zion National Park.

Other members of High On Life have posted a message as a tribute to their three friends:

The group has also launched a GoFundMe fundraising campaign for a memorial service for the trio.

Image credits: Header photos by High On Life via GoFundMe

News
death, highonlife, killed, tragedy
Related Articles
Discussion
Trending Articles
Blood Moon, Aurora, and Milky Way Captured in One Photo
May 19, 2022
Wedding Photographer Tells Couple to Act Drunk, Gets Amazing Portraits
May 20, 2022
The Science Behind Why Watches are Set to 10:10 in Advertising Photos
May 17, 2022
You Are Still a Photographer, Even If No One Likes Your Images
May 21, 2022
Photographer Builds Giant Camera and Darkroom Bus
12 hours ago