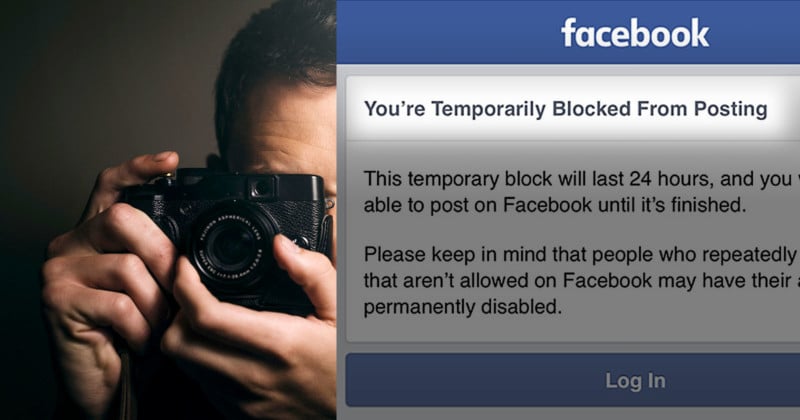 If you’re a photographer, you may want to be careful how you phrase things on social media. Case in point: a UK-based photographer was just suspended from Facebook for saying he was “shooting a few Christians.”

The Daily Mirror reports that photographer Nicolas Chinardet had been commissioned by QX Magazine to photograph members of an LGBT Christian group at a central London church for a feature article.

Chinardet posted on his Facebook page that he was “shooting a few Christians,” and apparently that phrasing ran afoul of Facebook’s text-analyzing algorithms. 30 minutes later, the photographer’s account was suddenly suspended for 24 hours without any means of appeal. He then took to Twitter to express his frustration with the ban.

I've just been blocked from @facebook for 24hrs for posting that I was "shooting a few Christians"…. I'm a fucking photographer… no way to appeal or explain.

“It almost certainly was implemented by an algorithm,” Chinardet tells the Mail. “The annoying point in my view is that FB imposes bans without a right of appeal.”

Photography has several common terms that could sound violent and inappropriate when context is lost. A popular photography joke states: “Photographers are violent people. First they frame you, then they shoot you, then they hang you on the wall.”

How to Mix Flash and Ambient Light