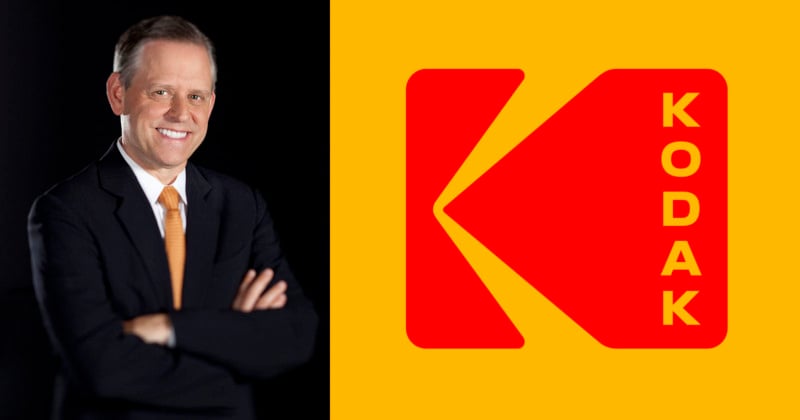 The Eastman Kodak Company announced on Wednesday that Jeff Clarke is stepping down as CEO after serving for five years at the helm. Clarke is leaving the company.

The Democrat & Chronicle reports that Kodak board chairman Jim Continenza, 56, will take over as the new CEO, becoming Kodak’s executive chairman.

While serving as chairman of the board, Continenza spearheaded Kodak’s efforts to improve its capital structure, invest in growth engines, and execute strategic merger-and-acquisition deals.

“I am thrilled to build upon our Board’s strategic vision and become an integral part of day-to-day operations as the Company continues to execute on its previously announced initiatives,” Continenza says. “Importantly, I look forward to helping Kodak build long-term value for shareholders as we continue to deleverage our balance sheet, increase operational efficiencies, and maximize the potential of our key growth drivers.

“I’d like to thank Jeff for his strong leadership and I’m optimistic about the future of Kodak given our team, our assets and the opportunities ahead.”

In addition to selling its fast-growing Flexographic Packaging Division and improving efficiency to save $40 million annually, Kodak is also working to maximize value in film and grow its Motion Picture film business — the company points out that 32 Oscar nominated movies were shot on film in 2019.

I am leaving @Kodak after 5 years as CEO. Running Kodak was not a job, it was a privilege. Over the long term the most lasting impact I believe we made is keeping the last movie film factory open and closing a 100 year old coal plant.

There was heavy lifting in the job, we made a lot of progress and working with the people of Kodak made it all worthwhile everyday. #shootfilm #ArtisticMedium @Kodak

People across the industry are expressing thanks for what Clarke did during his time at Kodak.

This man is the patron saint of filmmakers. Thank you for everything you did to keep this medium alive and for the support of people like me. https://t.co/miKFagXhcG

The film community owes you a tremendous debt of gratitude. As a third generation Kodak employee and a film shooter myself, I thank you and best wishes. https://t.co/empVgaoOpZ

I don’t know if folks really understand what an angel this man is. Not just a CEO, a philanthropist. It took passion- serious passion-to literally resurrect a medium. @jeffreyjclarke, I bow to you, Brother.The public service you’ve done is unparalleled.We are Forever in your debt https://t.co/ikZnASuZTf

Jeff, Thanks for all you’ve done for the Filmmakers/Photographers still out here still shooting, loving and believing that film matters.#BelieveInFilm was not just a hashtag but something you acted on during your time with @kodak and we’re all better off for it. 🙏🏻🎞📽

“It was a privilege to lead Kodak during a time of transition and am pleased to leave the Company in a position of strength after the execution of the agreement to sell our Flexographic Packaging Division,” former CEO Clarke says. “The Board and I mutually agreed that now is the time to hand the reins to new leadership, and I am confident that Jim is the right leader to take the Company to the next phase of its transformation.”

(via BusinessWire via Studio C-41)

Clever Photos of Animals Made Out of Food