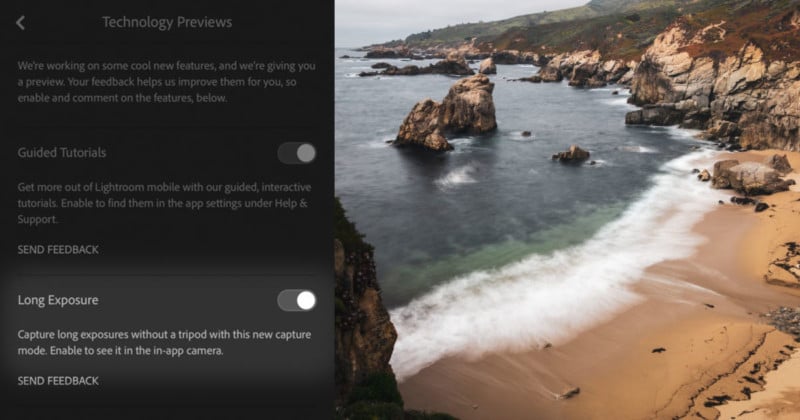 In addition to releasing a host of new features and improvements across its Lightroom lineup, Adobe has also unveiled a new Technology Preview for Lightroom Mobile on iOS that allows you to capture simulated long exposure photos without a tripod.

iPhones and iPads aren’t actually able to capture exposures longer than 1/4th of a second, so Adobe had to go the tech route to make its feature work. 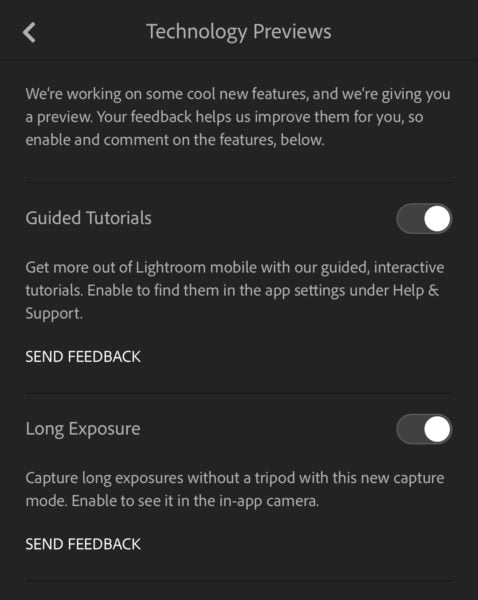 What the feature does is capture a burst of exposures for a series of JPEG or DNG files. It then analyzes each one to stabilize the sequence before merging them together into a simulated long exposure shot. 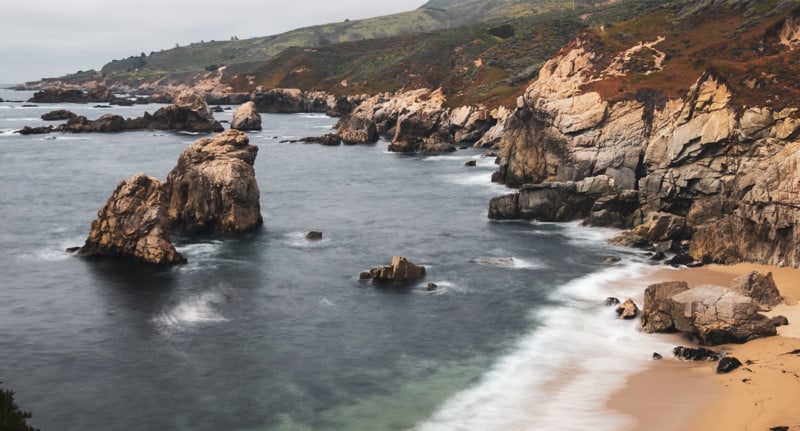 Since these aren’t actually long exposures, the trick won’t work in certain situations. For example, while long exposure photography is often used in very dark locations to capture things the human eye can’t see, the new mode in Lightroom Mobile isn’t able to do the same thing.

And because the feature is still a Technology Preview, it’s not quite polished and ready for prime time featuring within the app — Adobe simply feels the technology shows promise and is interested in hearing what photographers think about it.

“Just keep in mind that Technology Previews aren’t tested at the same level as our normal features, so they may be a bit rough around the edges,” Adobe says. “That doesn’t mean that they’re not fully usable, just don’t use them for those once-in-a-lifetime experiences.”

In addition to Long Exposures, Adobe has also released two other Technology Previews on Lightroom Mobile: Guided Tutorials for iOS and expanded HDR support for Android.