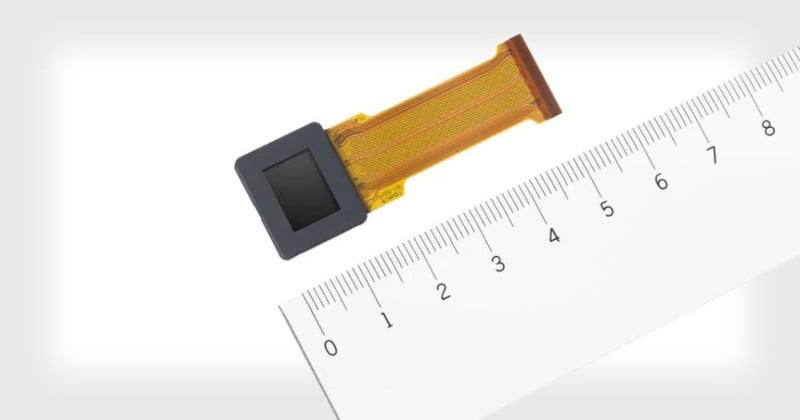 Sony has announced a new OLED electronic viewfinder display with a huge increase in resolution thanks to the world’s smallest pixel pitch of 6.3µm. The viewfinders in Sony mirrorless cameras will soon be both sharper and faster.

Here’s a comparison of how much more resolution Sony’s new EVF display has compared to its previous one:

A new drive circuit design in the display also uses half the voltage, allowing the ECX339A to use the same power consumption level as its predecessor despite its hefty increase in resolution.

The new display also has a refresh rate of 240fps, double what its predecessor offers.

“This [faster frame rate] has made it possible to capture fast-moving subjects in the viewfinder with higher accuracy, so users will not miss a photo opportunity, delivering a more comfortable shooting experience,” Sony says.

Sony is planning to ship ECX339A OLED Microdisplay starting in November 2018 with a price tag of 50,000 JPY ($460) before tax. No word on when we’ll be seeing the display in a Sony mirrorless camera viewfinder, but it seems likely that it’ll be appearing in 2019.