One of the viral stories on the Web last week was how NASA photographer Bill Ingalls had his remote Canon DSLR melted while shooting a SpaceX rocket launch. NASA has since revealed more details regarding exactly what happened.

When the photo of Ingalls’ charred camera first started making the rounds, most reports stated that the camera was placed too close to the launchpad (we initially shared this explanation as well before Ingalls clarified it for us).

One of the reasons for this misinformation was CBS news correspondent Peter King, whose Tweet helped bring the photo to everyone’s attention:

@NASA photographer Bill Ingalls is one of the best. He tries to get his remote cameras as close to the launch pad as possible for great results. This would illustrate the unfortunate result of an attempt at an extreme closeup. Not sure this is covered by warranty. pic.twitter.com/Lpb0kRHiCw

“He tries to get his remote cameras as close to the launch pad as possible for great results,” King wrote. “This would illustrate the unfortunate result of an attempt at an extreme closeup.” 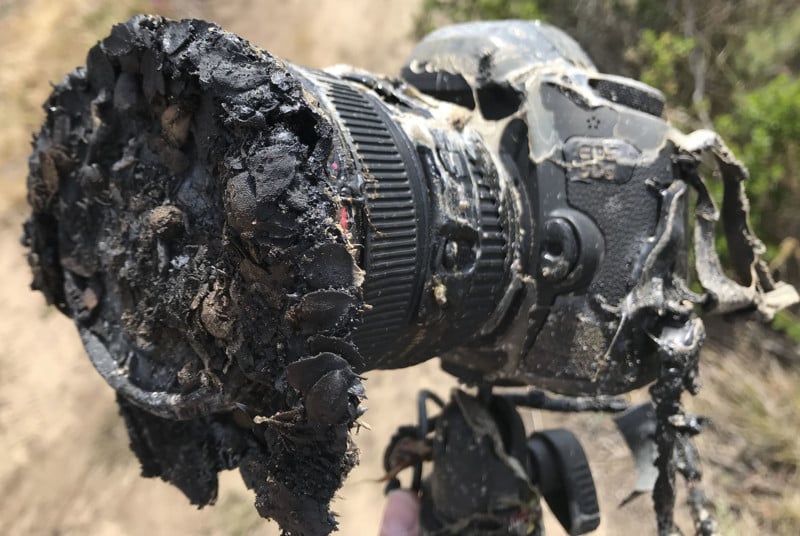 Not so, says NASA.

“NASA photographer Bill Ingalls has been shooting for the agency for 30 years,” the space agency writes. “He knows where to set up his cameras…”

What actually happened was that the launch sparked a fire, and the fire is what melted the camera (placed a quarter of a mile away).

“I had six remotes, two outside the launch pad safety perimeter and four inside,” Ingalls tells NASA. “Unfortunately, the launch started a grass fire that toasted one of the cameras outside the perimeter.” 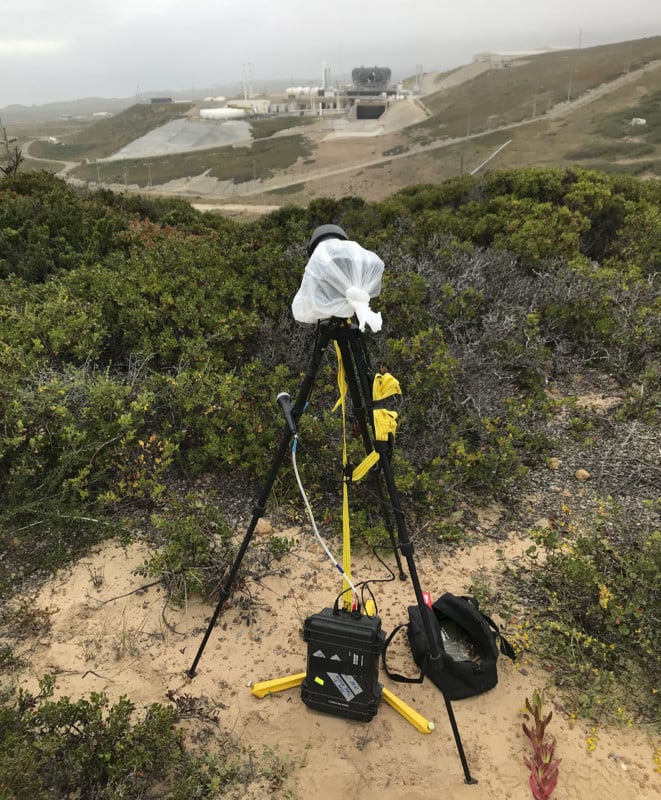 “Once the fire reached the camera, it was quickly engulfed,” NASA says. “The body started to melt. When Ingalls returned to the site, firefighters were waiting to greet him. Recognizing the camera was destroyed, Ingalls forced open the body to see if its memory card could be salvaged. It could, which is how we can see the fire approaching the camera.”

Interestingly enough, of the 6 remote cameras that Ingalls set up, only the one farthest from the launch pad was damaged at all. That camera and lens may soon be on display at NASA’s headquarters in Washington, DC.