Here’s a 6-minute educational video by Shutterstock in which filmmaker Todd Blankenship discusses the basics of diffusing light and introduces three cheap options for doing so… including a $5 shower curtain.

“A common misconception about diffusion is that all you need to do is slap [diffusion] onto the front of your light source,” Blankenship says. But if you do this, the results may not show much of a difference — the light may still be nearly just as harsh without improved quality.

But the trick is to make your light source as big as possible in relation to your subject, Blankenship says.

The three diffusion products suggested are a $180 Fotodiox Pro-Studio Solutions 4×4 Frame, a $110 roll of Opal Frost Diffusion, a $5 shower curtain. 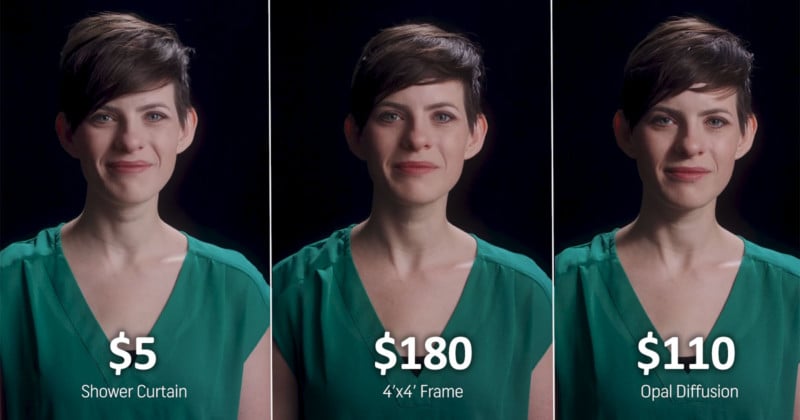 “You’ll be pretty amazed by how beautiful a quality of light you can get using a shower curtain diffusion,” Blankenship says, noting that it’s one of his favorite ways to diffuse light.

(via Shutterstock Tutorials via ISO 1200)

Tornado Forms in Front of a Timelapse Photographer’s Camera