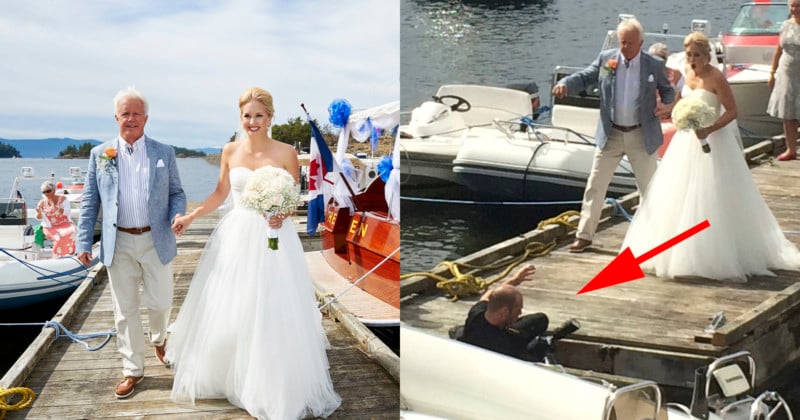 This is the story of how I fell into the ocean while shooting a wedding. I was contracted to shoot a wedding for a couple named Erin and Ben. It was poised to be a beautiful day: we had great weather and everyone involved was super excited as the wedding ceremony was to be out on a small island just off the coast of Pender Harbour, North of Vancouver, Canada.

After shooting the wedding preparations in the morning, the wedding party hopped on boats and headed over to the island. There were about 100 guests that were ferried over prior to us heading over. The brides family had brought their own dock over for people to disembark onto the small island. 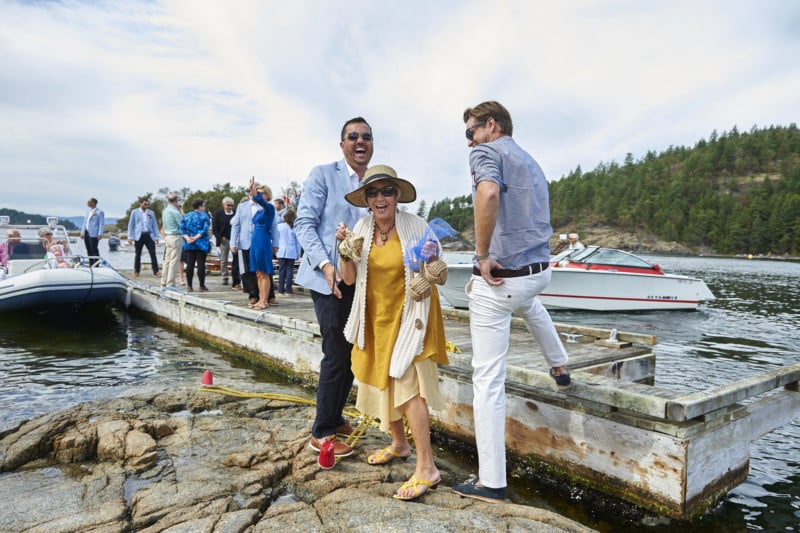 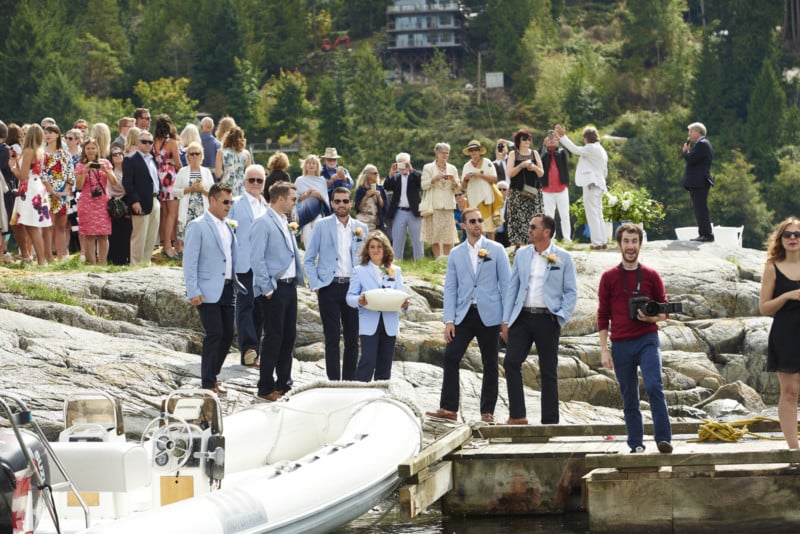 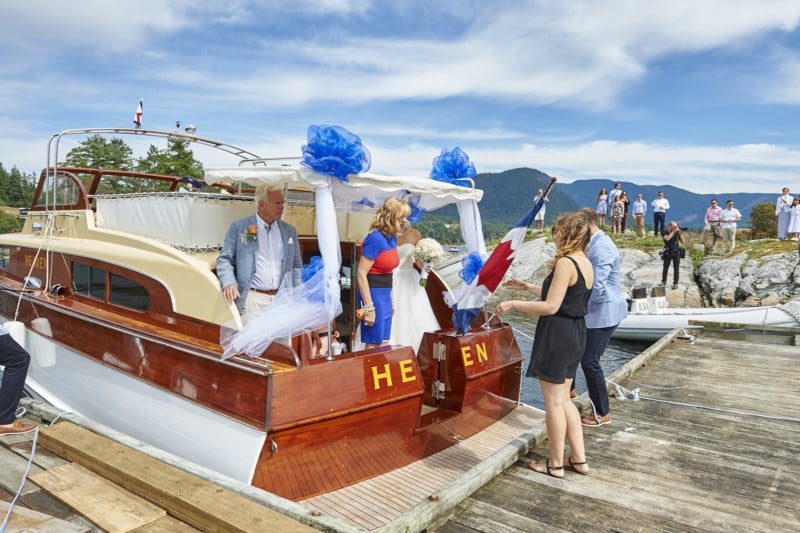 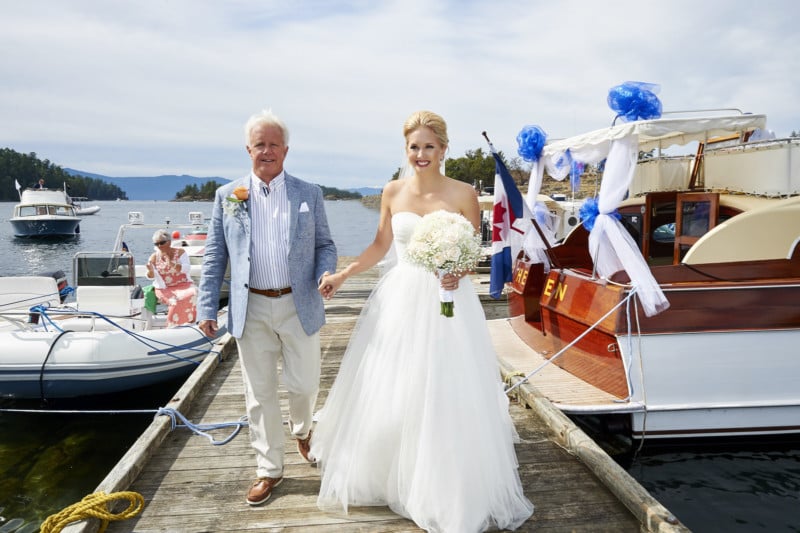 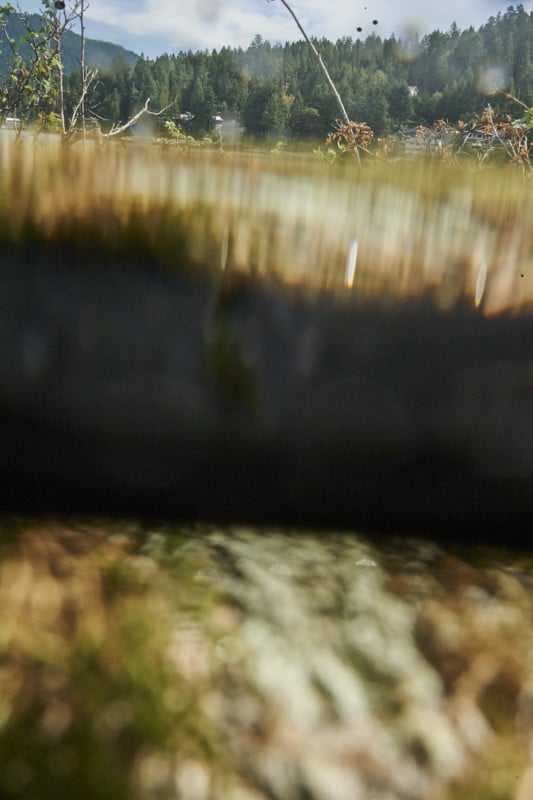 Someone on the island captured that moment. 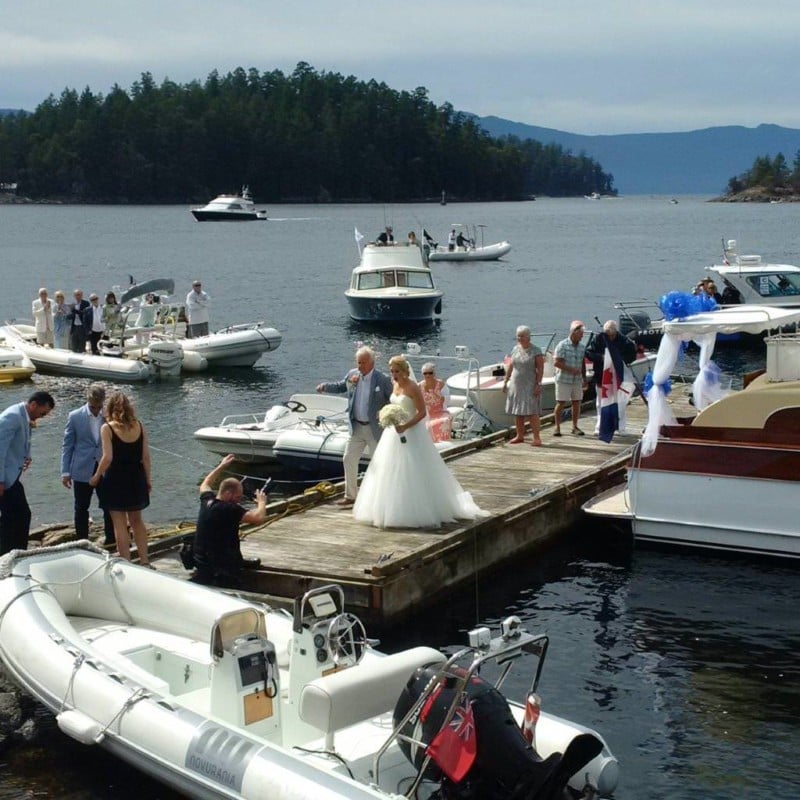 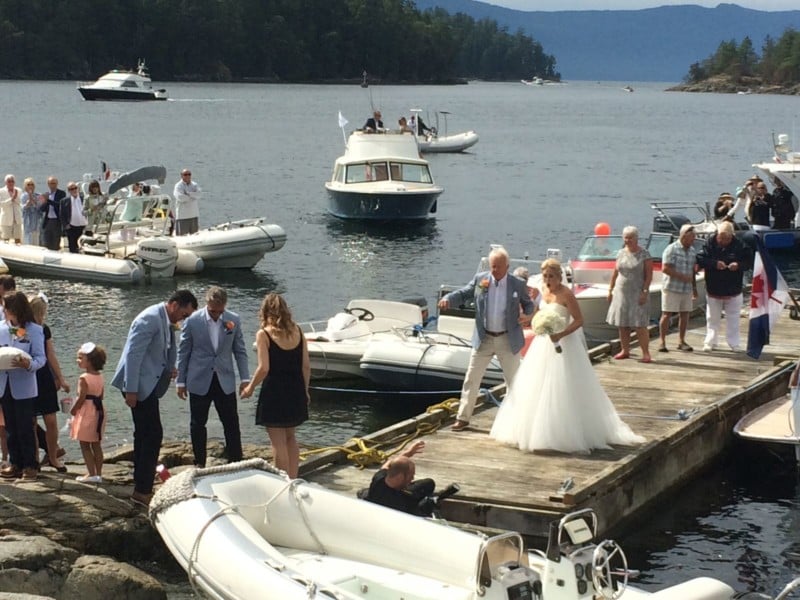 I had two Nikon DSLR camera bodies with accompanying lenses, flashes, and other wedding essentials. The bride’s face in the images says it all. Disaster. 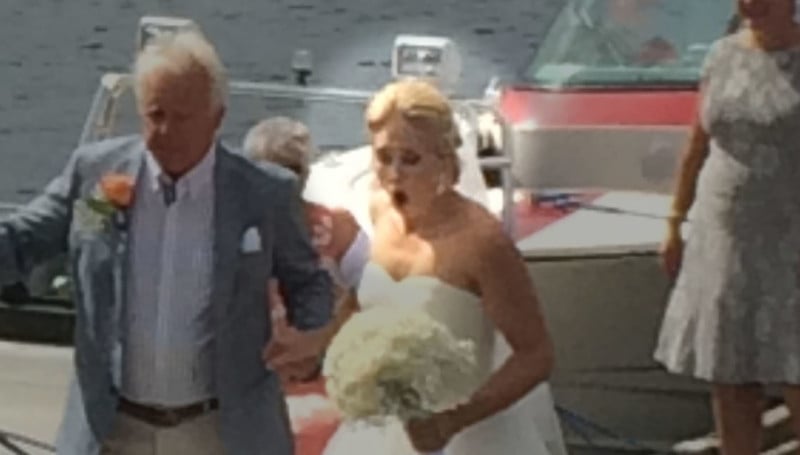 After the bride’s dad pulled me out of the water I composed myself, apologized, and asked for a moment. The second photo captured by another guest is of me walking up the island with water running off of me — my James Bond moment. 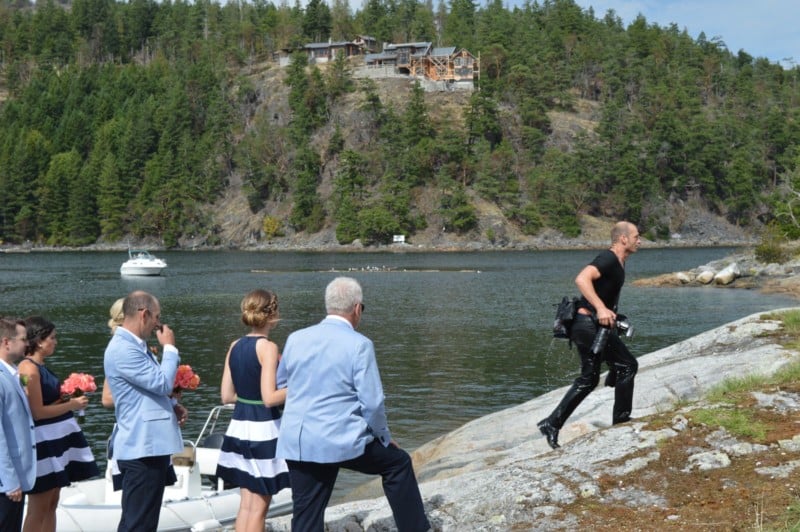 The butt of my pants also got torn when I hit the rocks underneath the water.

However, I am nothing but a professional and after dusting myself off (by dusting I mean running soaking wet onto the island), I started searching the crowd as I walked up the rocks to see if there was a potential camera I could commandeer. Luckily my second shooter Aaron Aubrey had two full setups. It was still challenging though, as one was a wider lens setup and the other a longer lens one. I collected myself, reset, and soldiered on.

We shot the ceremony and all the formals on the island and boats, some of the nicest wedding photos I have taken. 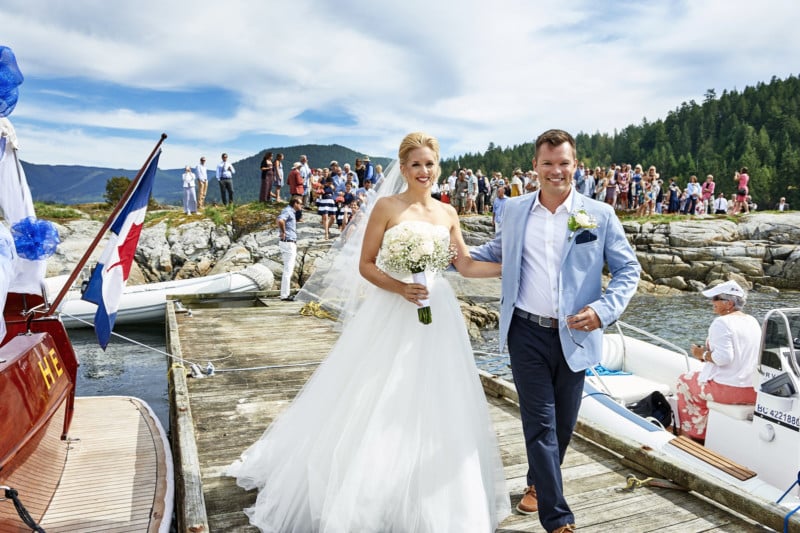 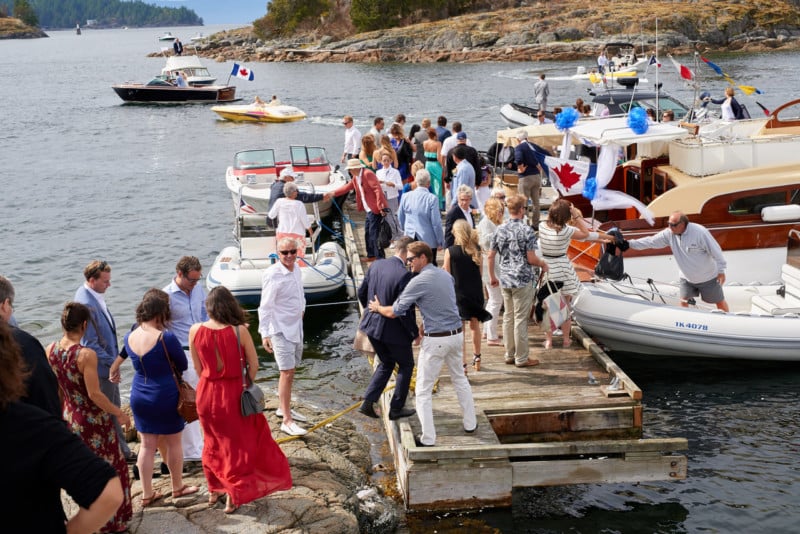 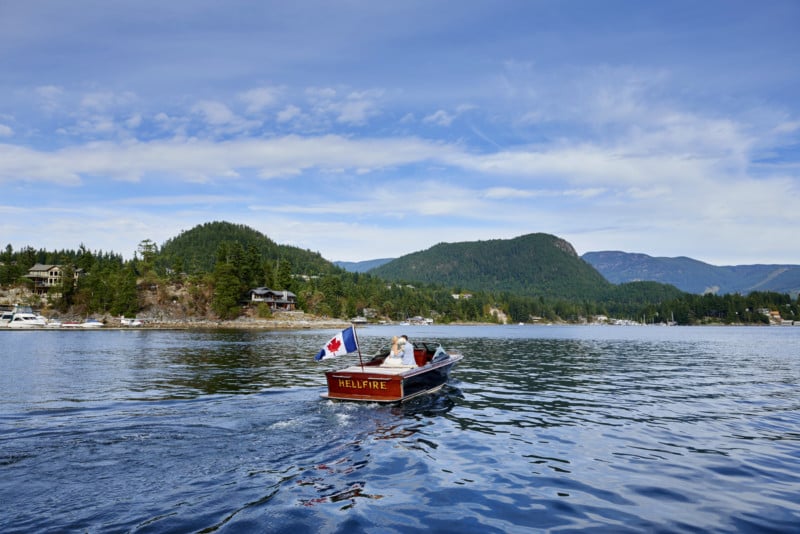 Upon getting back to the bride’s parent’s waterfront property for the reception — which was held on the docks, and needless to say, I was a little weary working around the edges — I had my second shooter work on the beginning of the reception and I went straight to confirming that nothing was lost on the cards that were in my cameras at the time of the “incident”, followed by backing up all the files. I was so happy (and relieved) to be able to tell the couple right away that their wedding photos were all safe and that I had backed them up.

The wedding turned out to be a beautiful occasion, and the couple and their families were ecstatic with how their images turned out. They also now have a hilarious story to tell when showing off the images we captured for them. The bride actually mentioned to me how nervous she was up until that point, and that she felt more relaxed after having a good laugh (at my expense). 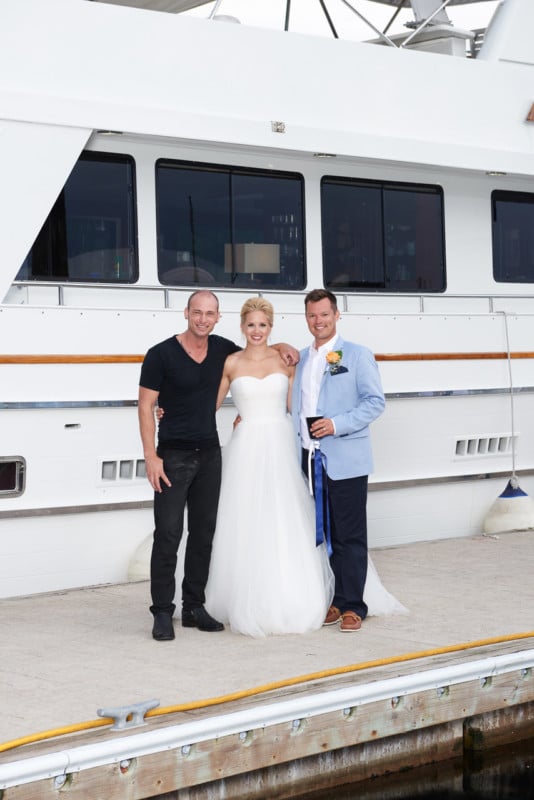 After looking at the timestamp on images, it turns out I only delayed the wedding by 3 minutes, although at a cost of over $15,000. Thankfully, I have insurance. 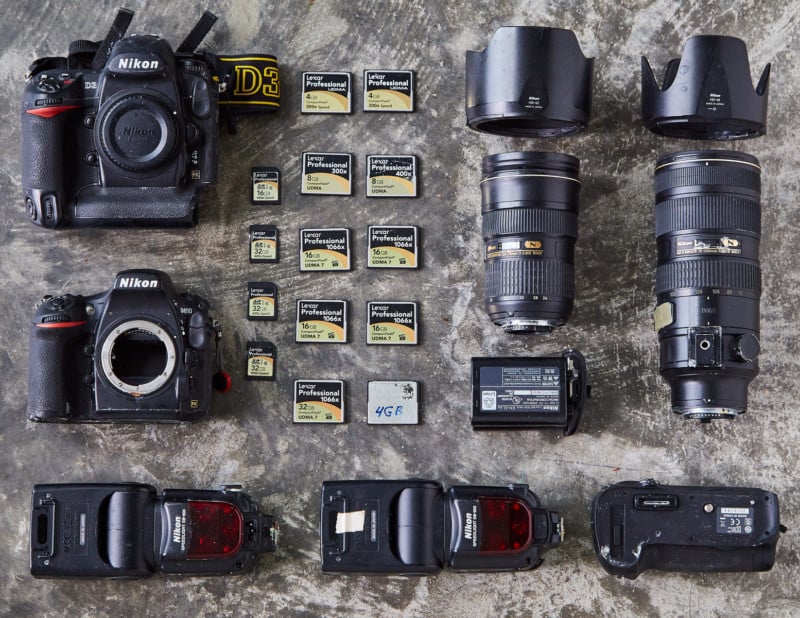 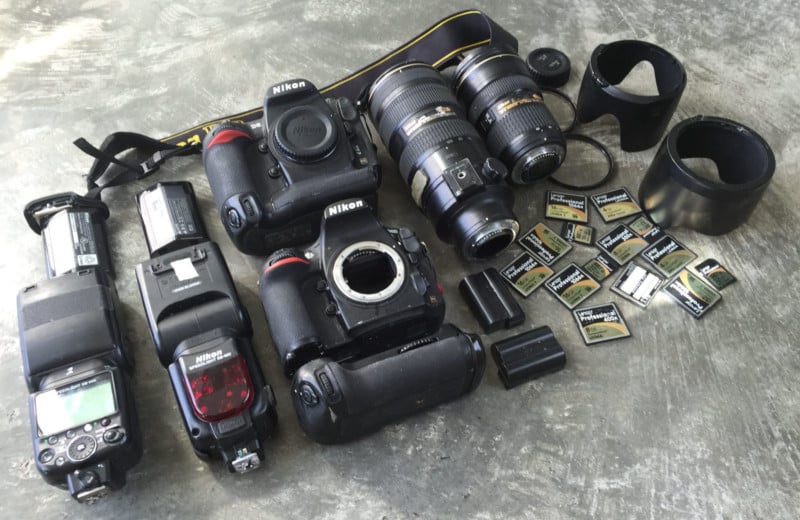 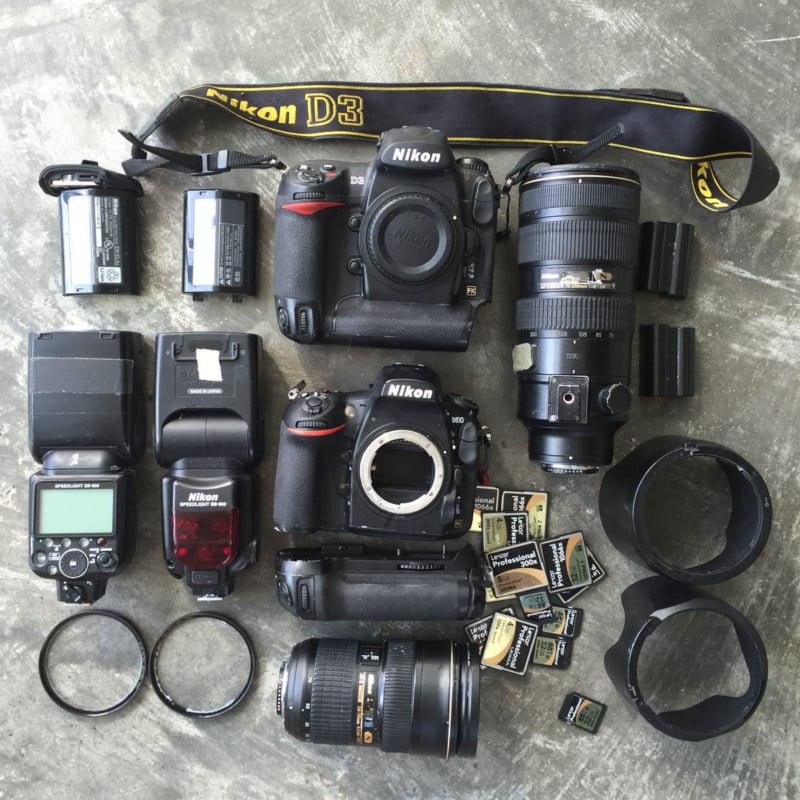 This was also probably the best experience I have had with dealing with any insurance company. They paid my claim in a week. They also got a good laugh at those two photos of me falling.

No matter what happens on the big day, clients’ images are one of the most important aspects of the wedding, and we as professional photographers have the responsibility to make sure that they are the best interpretation of the moments had by that couple and their families, even if you fall into the ocean!

P.S. I wanna give a huge shout out to my second shooter Aaron Aubrey for having my back and to Beau Photo Supply in Vancouver who helped me get my new gear even before the insurance was paid out so I could be back up and running Monday morning.

About the author: Erich Saide is an award-winning photographer based in Vancouver, Canada. The opinions expressed in this article are solely those of the author. You can find more of his work on his website, Facebook, Twitter, and Instagram.

Photog POV: Shooting a Wedding Day from Start to Finish