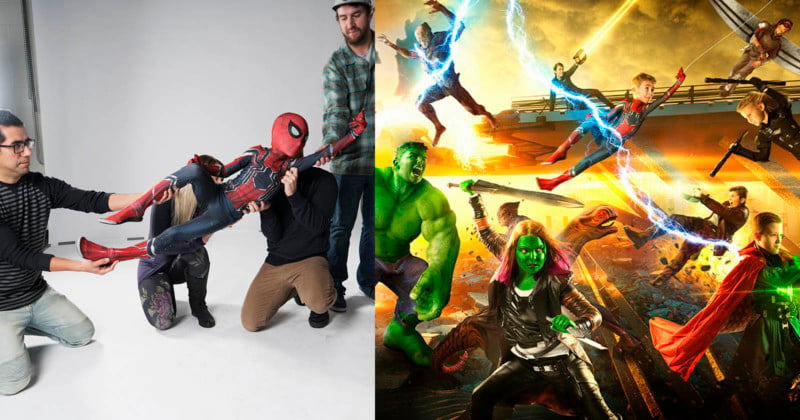 Photographer Josh Rossi just spent three months working on a photo project for a good cause. He found 15 kids who have been severely bullied and turned them into The Avengers of Bullying.

Rossi says he got the idea after seeing the story of Jackson Bezzant while scrolling through social media. Born with facial deformities, Jackson has been called “monster” and “freak” by other kids at school due to his appearance. 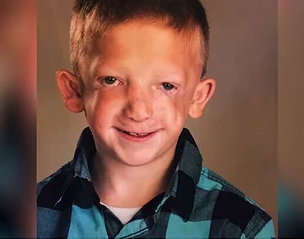 Rossi decided to reach out to Jackson’s family and invite Jackson to participate in a new photo project on bullying.

“In reality, I hadn’t set anything up yet and the project was all just in my head,” Rossi writes. [Jackson’s story] sparked a fire in me to help in whatever way I could.”

The idea to give the project an Avengers theme came after Rossi and his wife saw the trailer for Avengers Infinity War, in which a supervillain named Thanos (“the bully of the universe,” Rossi says) is confronted by the Avengers.

Rossi decided to photograph Jackson as Captain America, the leader of the amazing group of bullied kids. 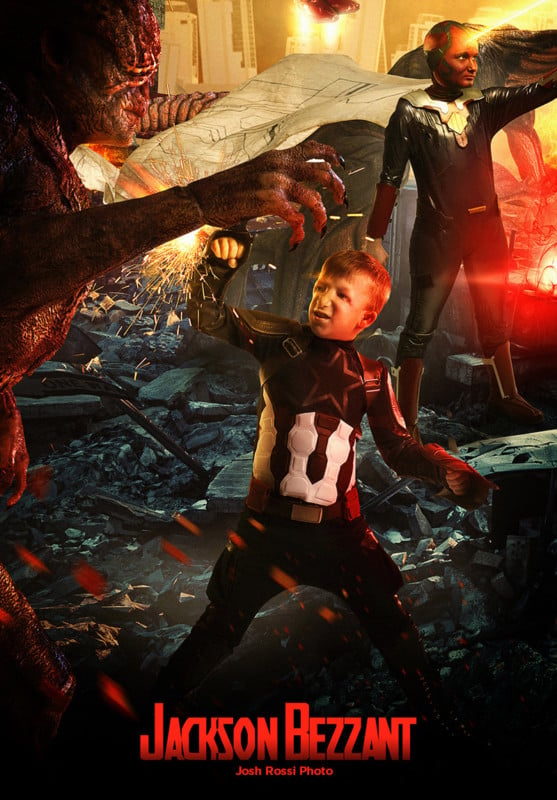 “Going into this project, my wife Roxana and I didn’t know the heartbreaking details of each kid’s story,” Rossi says. “We didn’t know that 12-year-old Jackson Sommers (Dr. Strange) had 35% of his brain missing and that kids pushed him down and spit on him at school because he walked and talked differently than they did.”

“We didn’t know that Sydney Gerardis (Gamora) was secretly contemplating her suicide when her close friends told her they’d throw a party if she died.”

“After seeing and hearing about all of these kid’s stories, we knew we had to help these kids take a stand against bullying.”

The outfits were created by costume designer Julie Whiteley, who spent three months working on them. The 15 bullied kids (mostly from Utah but from 6 different continents) were photographed over the course of three days. 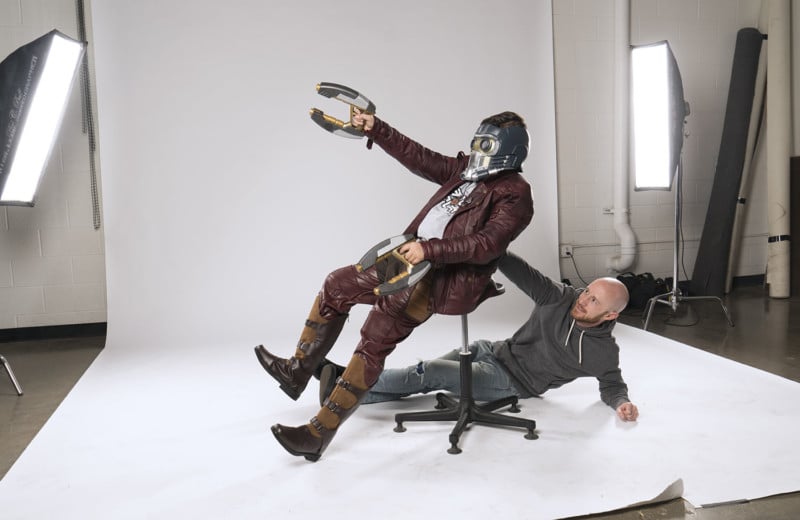 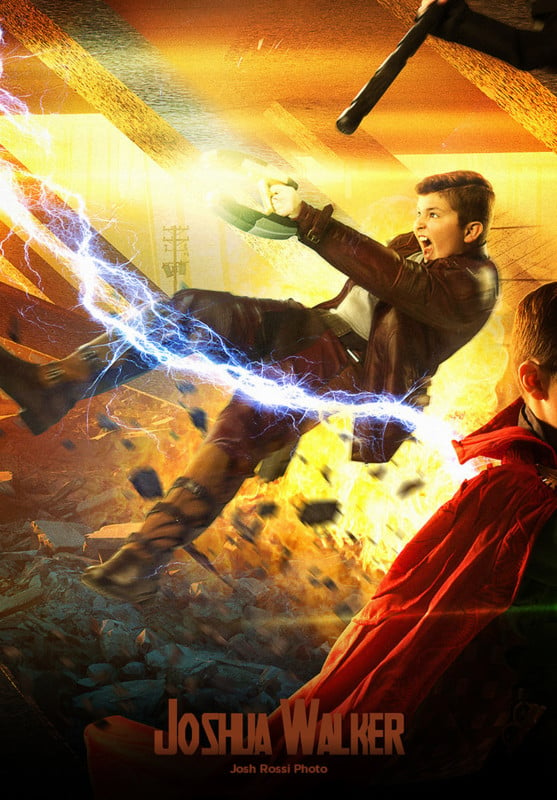 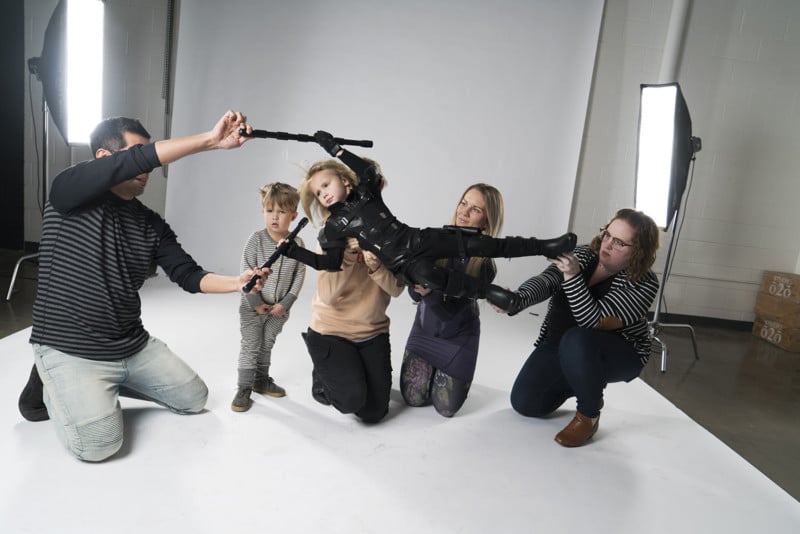 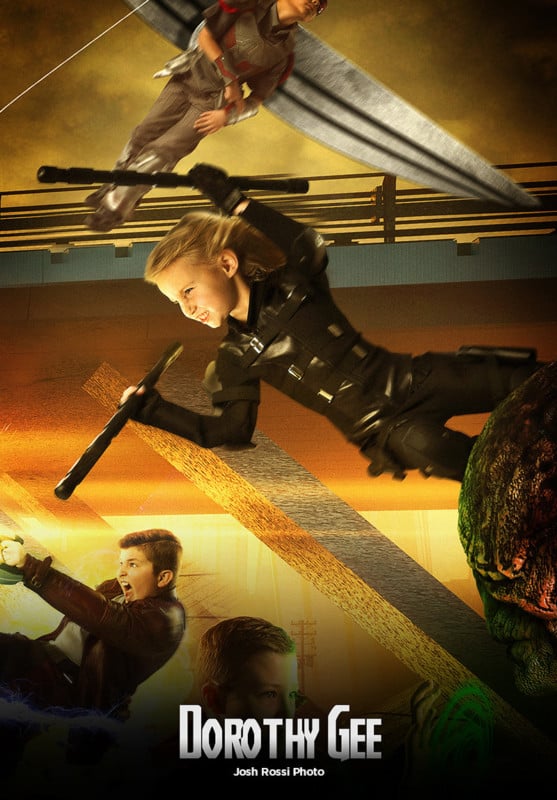 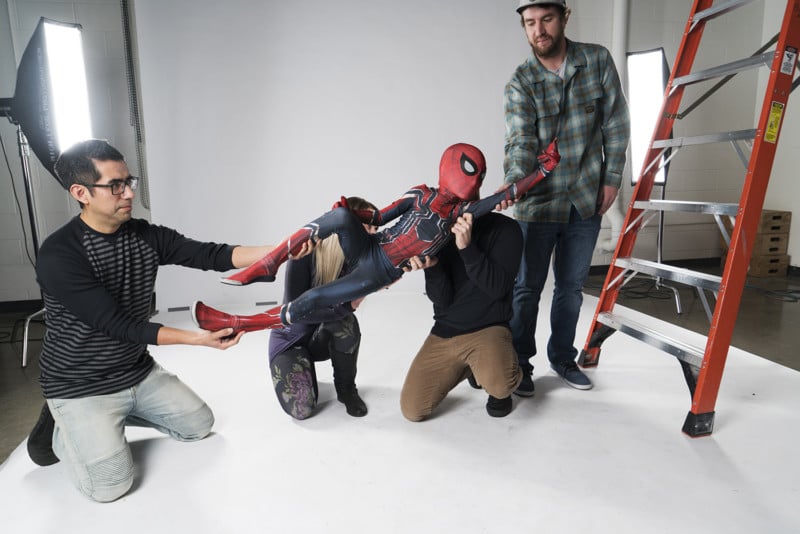 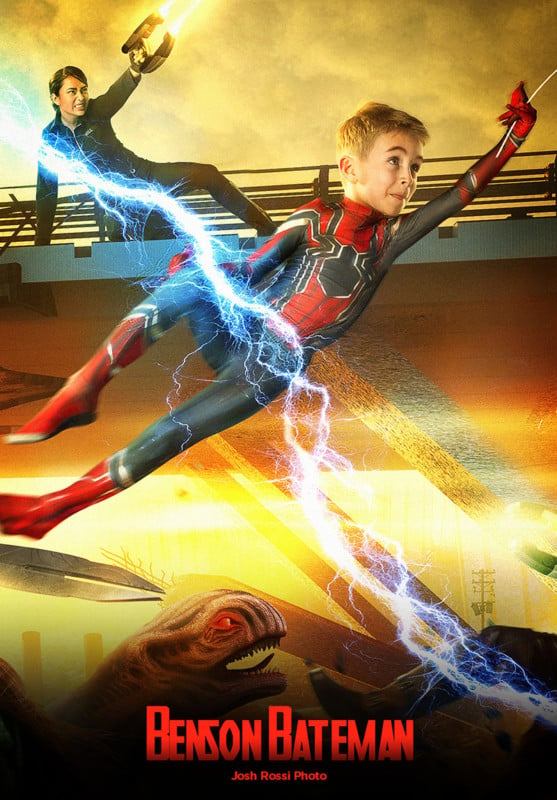 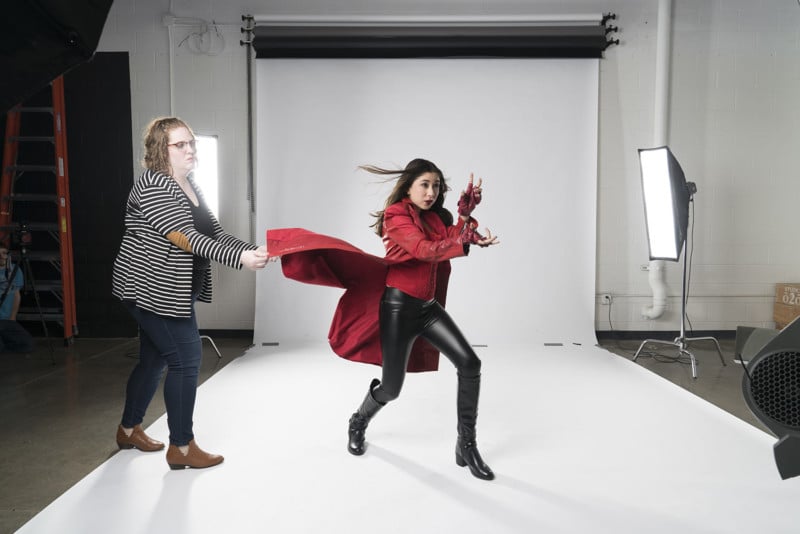 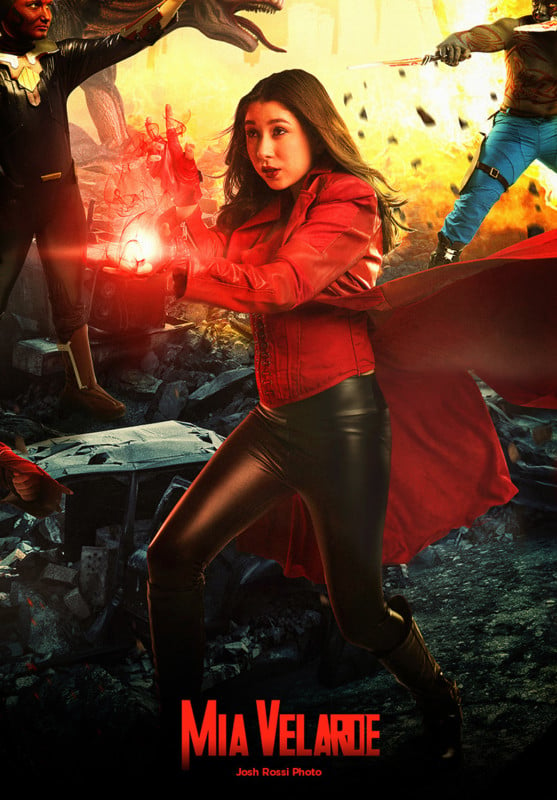 When he heard about Rossi’s project, Jaxon Bieber (Justin Bieber’s younger brother) decided he wanted to participate, so he flew over to the studio and posed for a portrait himself. 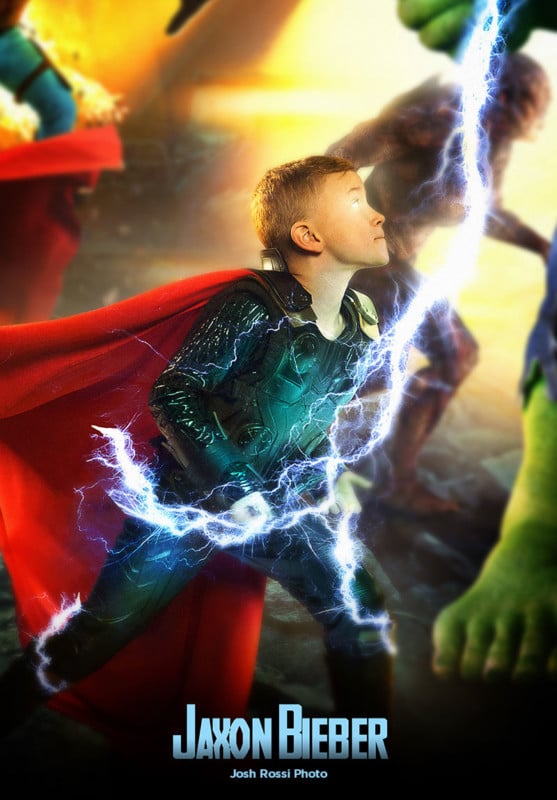 Here’s the entire set of Avengers portraits that were created: 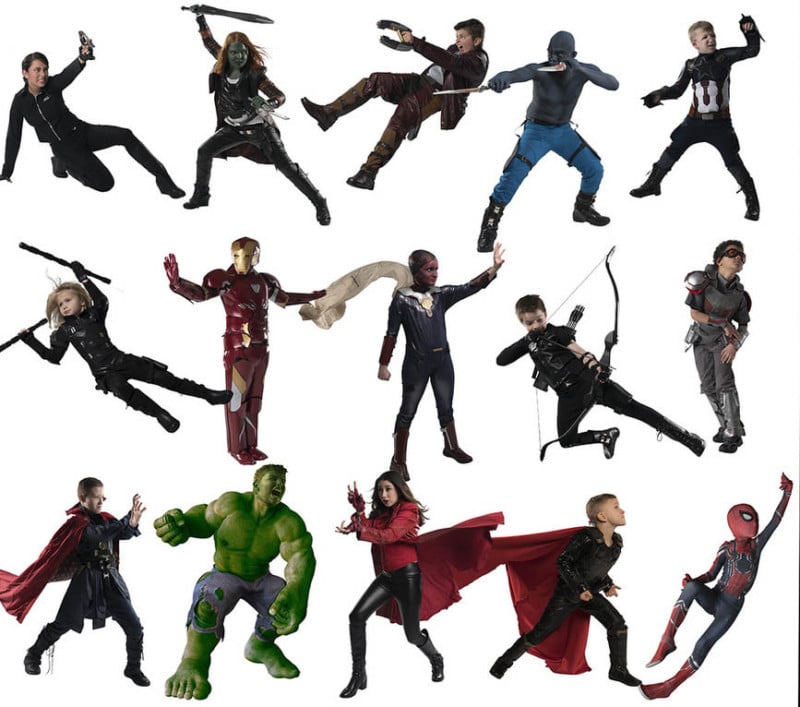 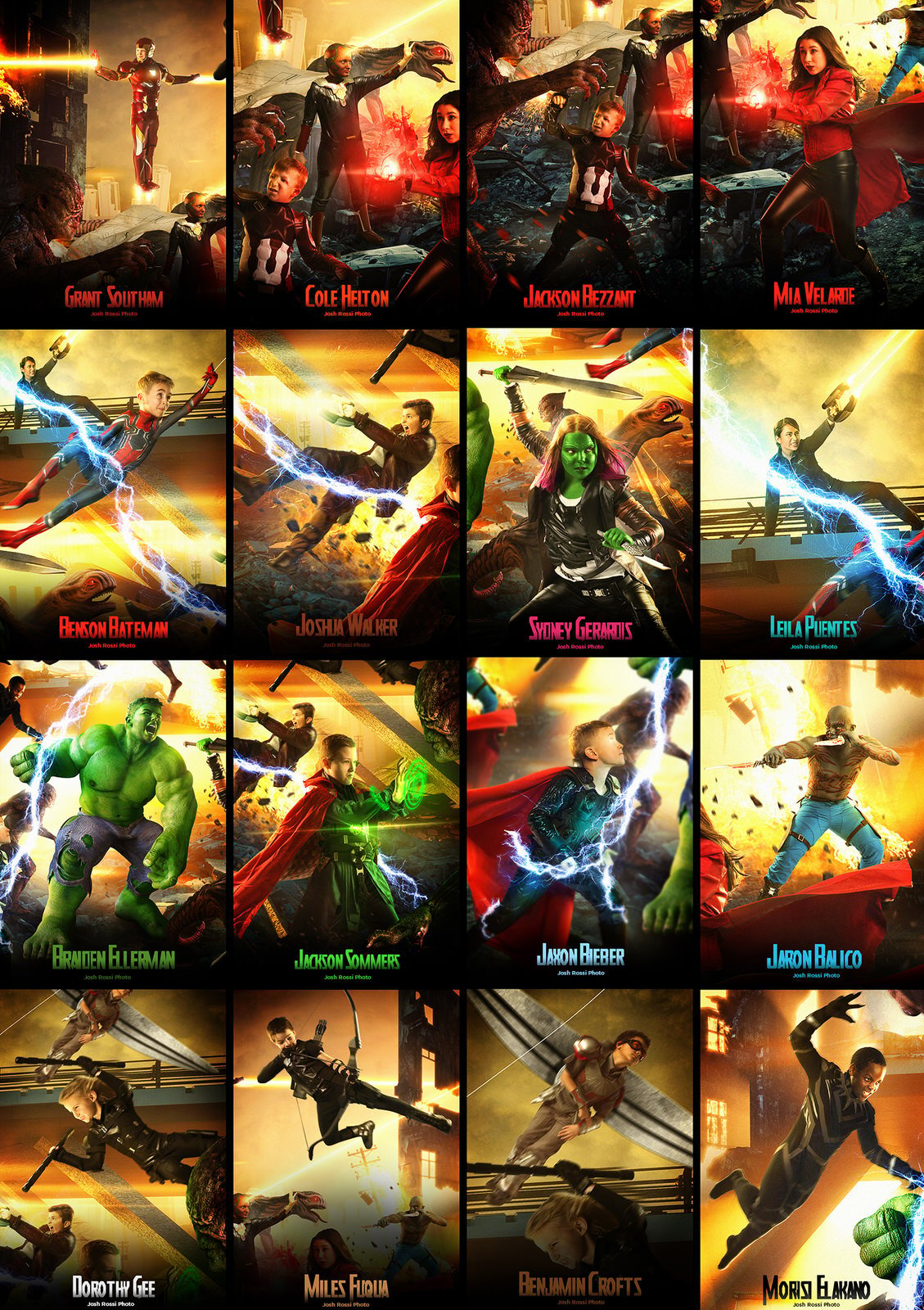 The portraits were also combined into a large poster-style image of the Avengers fighting against bullying (click the image to see it larger):

If you’d like to read the individual stories of bullying that each of these superheroes endured, you can find their bios in this blog post by Rossi.

Ep. 269: Adorama, Ken Rockwell, and the Internets – and more