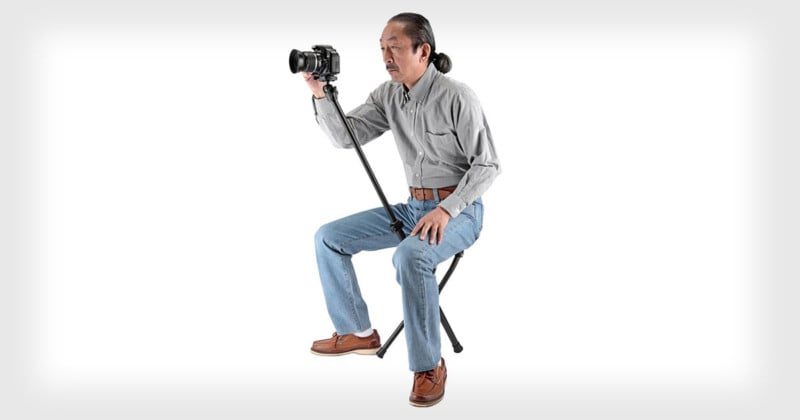 This is clever: the “Chairpod” is a soon-to-be-released photography product that helps you stabilize both your camera and your butt. It’s a tripod that has a built-in seat so you can shoot blur-free photos for long periods without your legs getting tired.

DC.Watch reports that the “Chairpod HY 127” was developed by the Japanese tripod manufacturer Velbon. It’s essentially a 3-legged folding chair that has a telescoping tripod as one of the legs. It goes from being extremely compact when folded up to extending about 4.2 feet (128cm) at its maximum length. 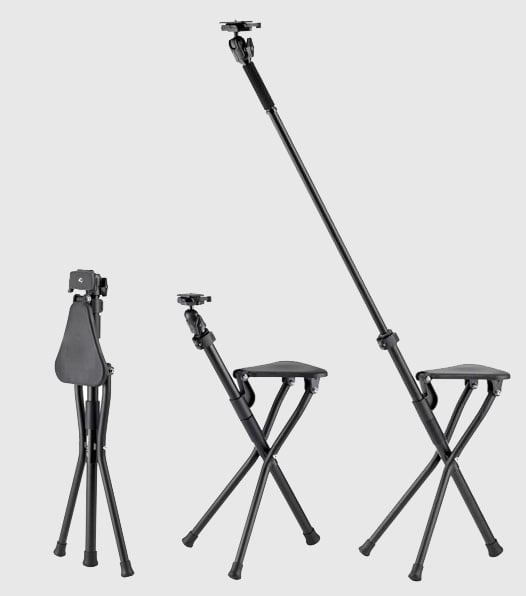 The downside of the Chairpod is that it loses the standalone functionality of an ordinary tripod — you’ll need to be sitting in the chair to avoid having the whole thing tip over, smashing your camera into the ground.

The Chairpod can support about 176 pounds (80kg). When folded up and extended, it can also be used as a monopod.

Photos of Custom Hand-Knit Sweaters That Blend People Into Places

An In-Depth iPhone X Camera Review by a Pro Photographer