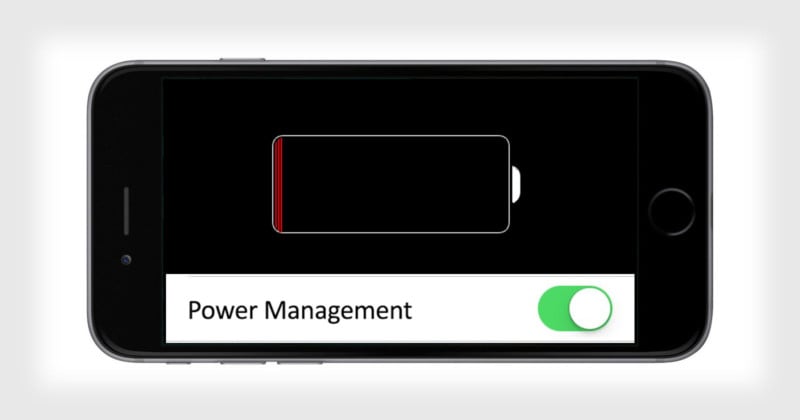 Apple sparked worldwide controversy and issued an apology in December 2017 after it admitted that the company has been quietly throttling performance in aging iPhones in order to prevent the weakened batteries from causing unexpected restarts. Apple has now revealed that an upcoming update will allow this “power management” to be disabled.

In a new exclusive interview with ABC News, Apple CEO Tim Cook apologized again and explained that the throttling was due to Apple’s focus on user experience. As batteries age, processing spikes can cause abrupt restarts of the phone, and Apple didn’t want these to interfere with important tasks — things like capturing a precious photo.

“And so you can imagine if […] you want to capture that moment that’s fleeting with your camera… we always focus on the user experience,” Cook tells ABC News. “So at the heart of any decision that we make is the user. We felt it would be better to take something off of the performance to prevent that from happening.”

When this “power management” feature was released, Apple did inform users about the update, but Cook believes people didn’t pay attention to the announcement and that Apple could have also been clearer in its communication.

In a soon-to-arrive iPhone update, users will be given a way to see the health of their phone battery as well as disable power management.

“[W]e will tell someone we’re reducing your performance by some amount in order to not have an unexpected restart,” Cook says. “And if you don’t want it, you can turn it off. Now we don’t recommend it, because we think people’s iPhones are really important to them, and you never can tell when something is so urgent. Our actions were all in service of the user. I can’t stress that enough.”

So instead of replacing your aging battery for the reduced cost of $29 through the end of this year, you’ll be able to simply turn off “power management” to get your original performance back… as long as you’re okay with the possibility of your phone restarting just as you’re pressing the shutter to capture a special memory.

(via ABC News via Mac Rumors)