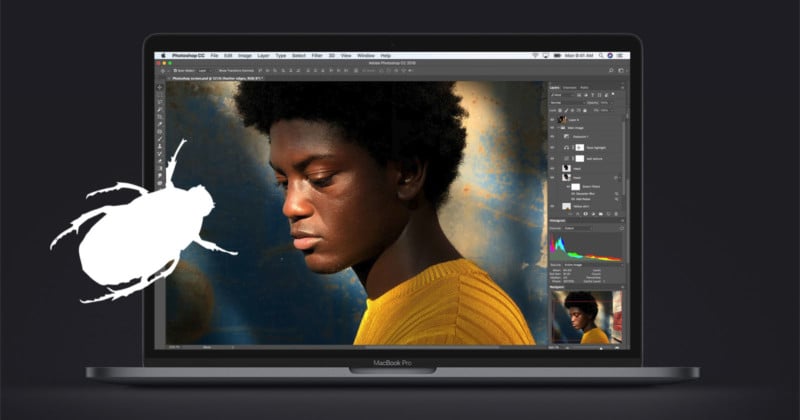 Last week, reviewers reported that Apple’s latest generation of MacBook Pro laptops suffer from thermal throttling, or having the CPU run much slower than advertised during intense processing because of heat issues. If that turned you off to the laptop, there’s some good news today: Apple says the throttling was due to a software bug that has since been fixed.

Tech reviewer Dave Lee first reported the thermal throttling issue, reporting that the 15-inch MacBook Pro i9 processor “can’t even maintain the 2.9GHz base clock, which is absurd.” Lee also found that placing the MacBook Pro in a freezer resulted in an instant improvement in performance.

Apple released a statement today explaining its findings and announcing that the problem has been resolved:

Following extensive performance testing under numerous workloads, we’ve identified that there is a missing digital key in the firmware that impacts the thermal management system and could drive clock speeds down under heavy thermal loads on the new MacBook Pro. A bug fix is included in today’s macOS High Sierra 10.13.6 Supplemental Update and is recommended. We apologize to any customer who has experienced less than optimal performance on their new systems. Customers can expect the new 15-inch MacBook Pro to be up to 70% faster, and the 13-inch MacBook Pro with Touch Bar to be up to 2X faster, as shown in the performance results on our website.

Engadget reports that Apple also tested its fix by replicating Lee’s use of Adobe Premier and recorded a 35% speed boost by the 15-inch MacBook Pro and a 70% improvement with the 13-inch version.

10 Shortlisted Photos of Astronomy Photographer of the Year 2018