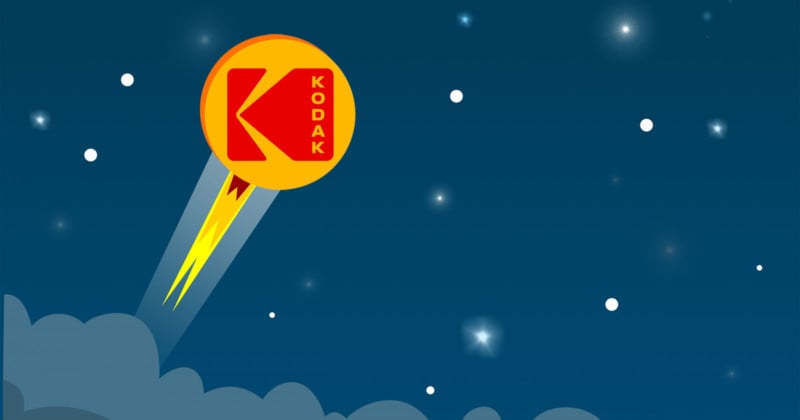 Kodak made waves yesterday when it announced that it will be joining the cryptocurrency craze by launching a new cryptocurrency of its own, called KodakCoin. And because it’s 2018, Kodak’s once-hopeless stock price was up over 300% when the market opened today.

Another interesting thing to note about KodakCoin, which will be the currency powering a new image rights platform called KodakOne, is that it’s being created through a licensing partnership with a company called WENN Digital.

After filing for bankruptcy in early 2012, Kodak sold its valuable imaging patents later that year for $525 million to a group of juggernaut tech companies. In September 2013, Kodak emerged from bankruptcy and, among other things, began licensing its 129-year-old brand name to third parties.

Now one such third party, WENN Digital, is attempting to use Kodak’s brand (in a “licensing partnership”) to launch a new image rights platform called KodakOne that helps photographers record their photo copyrights on a blockchain and scour the Web for infringements. Payments on KodakOne will be done entirely in KodakCoin.

What this means, though, is that Kodak itself likely isn’t directly involved in creating this new venture and cryptocurrency, but it’s still basking in the glow of cryptomania through its stock price explosion.

The KODAKcoin was put together by WENN Digital, an advisory firm specializing in licensing monetization.

READ: They are paying a licensing fee for the KODAK name. Strapping a token on it. Then, BOOM. ICO. $฿Ξ$

And the launch of the KodakCoin website yesterday was a bit of a disaster. For a while after the page went live, it was filled with nonsensical lorem ipsum placeholder text as well as the same two portraits in the “Team Members” and “Advisors” sections of the page. It seems someone pushed the website live before it was ready… (The site has since been fixed.)

The rush is understandable, though. Launching new cryptocurrencies through an initial coin offering (ICO) has been extremely lucrative during the ongoing crypto craze, as coins that build up hype can sometimes skyrocket as much as 50 times in value in just days and weeks after they launch and are listed on popular exchanges.

This path to easy riches has gotten many a brand interested in doing their own ICOs. Just last month, the tea company Long Island Ice Tea changed its name to Long Blockchain and entered the cryptocurrency business, causing its stock to instantly shoot up about 200% on the news.

It’s unclear how much money the KodakCoin ICO will be attempting to raise, but it will open on January 31st and be issued under SEC guidelines as a security token. As such, it will only be offered to accredited investors in the US, UK, Canada, and other select countries.

How to Edit Dramatic Portraits in Photoshop