Tracking and panning a camera in time with a tank shell seems impossible given that the shell travels at over 1,500 meters per second. Yet, somehow, there are videos showing just that floating around the Internet. Here’s a 7-minute video from Curious Droid that lifts the veil of mystery on ultra high-speed cameras and explains how they work.

It’s a look at how mind-blowing shots like this are achieved:

It’s all thanks to mirrors. Mechanical systems are capable of moving a mirror at the same speed as the projectile so that the angle of reflection allows the camera to film the shell at high speed. 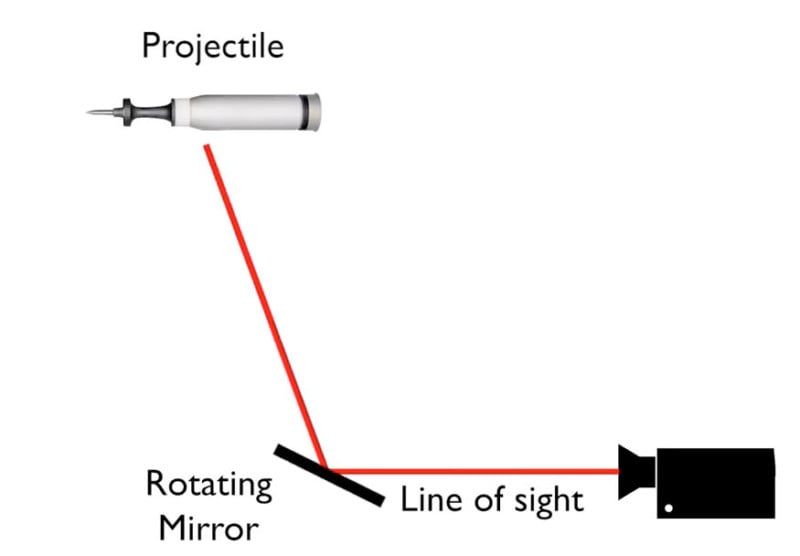 Systems like this have been used for many years to film incredibly short-lived events, such as the first moments of a nuclear explosion.

Developed by the British at the end of World War II, the C4 camera had a rotating mirror and weighed in at 2,000kg. At the time, it was the fastest camera in the world thanks to its ability to shoot 7,000,000 frames per second.

This type of rotating mirror camera is still used today, but the film strip has been replaced by more modern technology. One such camera is the Cordin Moder 510, capable of a whopping 25,000,000 frames per second. The mirror itself runs at 20,000 revolutions per second. And amazingly it still has a resolution of 616x920px.

Check out the full video above to see the evolution of these high-speed cameras. You can also find more explanation videos by subscribing to Curious Droid on YouTube.

Why Leveling the Horizon in Photos Isn’t Easy