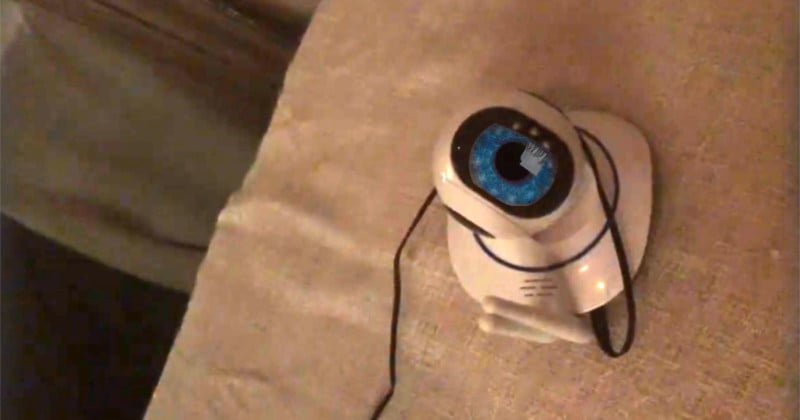 More and more cameras are getting Internet connectivity these days, opening the door to new security and privacy concerns. A Dutch woman learned a creepy lesson on this recently when her Internet-connected camera started tracking her and talking to her.

The Next Web reports that Rilana Hamer purchased the small Internet-connected camera a couple of months ago from a local discount store called Action. She wanted to keep an eye on her puppy while she was away from the house.

But then Hamer started seeing and hearing strange things while she was around the camera.

“I thought I was going crazy,” Hamer writes in a Facebook post. “I walked into the living room and I saw my camera move. The camera went back and forth. My phone was on the bed and I had no idea what the camera was doing. Was it updating?”

Hamer then started recording the camera with her phone, and that’s when it began looking for her and talking to her, first in French and then in Spanish.

After disconnecting the camera for a while and then turning it back on, it seems someone else began peering and speaking through it.

Hamer has since returned the camera to the store, which is now conducting an investigation. Action tells RTL News that the camera is a popular model that’s nearly sold out, and that this is the first time the store has received a report of this nature about it.

If you ever purchase an Internet-connected camera, here’s a huge tip for protecting yourself from this type of thing: change the default password on the camera immediately.