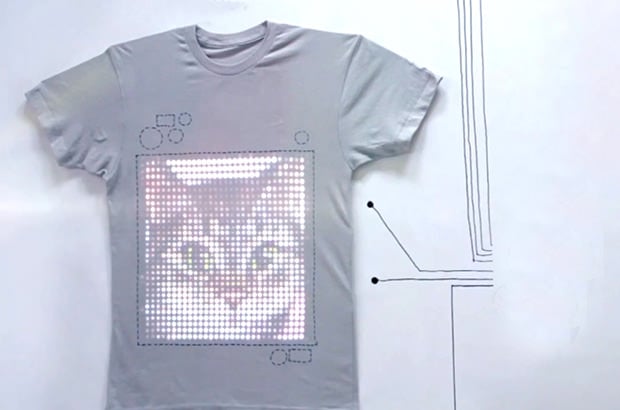 By now, you’ve probably heard about Project Glass, Google’s ambitious effort to develop a pair of Internet-connected, augmented reality camera glasses. Well, something similar was being explored for a different clothing item: the t-shirt…

tshirtOS is a concept created in collaboration by whisky-maker Ballantine and futuristic-clothes maker CuteCircuit that aims to build a camera, microphone, headphone hack, and integrated display into an Internet-connected shirt. 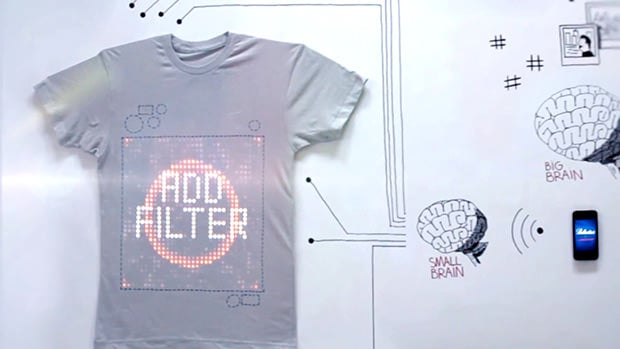 The result would be a T-shirt that’s “wearable, shareable, and programmable” — the world’s first commercially available digital T-shirt (oh, and did we mention washable?).

Internet connectivity would be done via an iOS device, which the shirt would wirelessly connect to. Once it’s talking to the web, the possibilities are endless: use it to display your latest Tweets, have it share your friends’ latest Instagram photos (if that’s potentially risky/risque, use your own), become a walking billboard for your friends’ latest Facebook statuses. 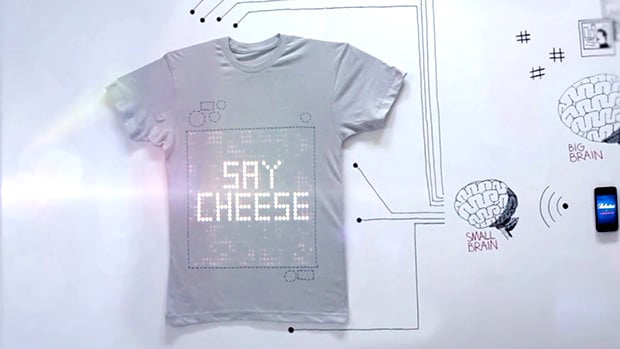 Resolution-wise, the shirt definitely isn’t going to replace anything inside your camera bag: it features a tiny 2.5×2.9×2.5mm camera and sensor, made by Omnivision, and snaps photos at 32×32 pixels of resolution. That’s pretty dang small, but reasonable given the fact that the shirt’s display is also 32×32, comprising 1,024 RGB LED lights.

Here’s a video introducing the shirt:

Although prototypes of the shirt have been developed, it’s still very much a concept. They’re currently trying to gauge customer interest online, so leave them a kind word if you’d like to sport one someday.

Color Photo Printed at 100,000 DPI, the Highest Resolution Ever Achieved