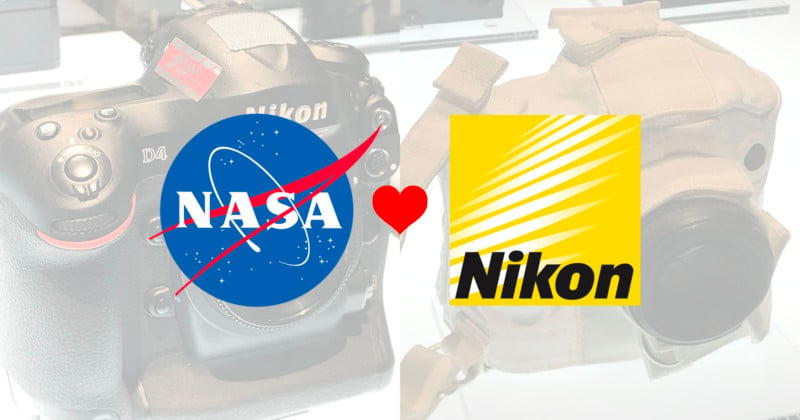 I recently attended Nikon’s first-ever Fan Meeting event in Japan and one of the interesting things I was able to see and learn there was Nikon’s history of equipment being used by NASA in space.

Nikon has a very long history working together with NASA. Nikon’s awesome reputation for being tough and reliable is the key to this. This doesn’t mean that the equipment from the rival companies is not up to the job — it’s just that Nikon’s professional cameras do it better.

This was even truer during the 1960s up until the early 1980s, when Nikons were made to considerably higher spec than the other manufacturers. Of course, competitors caught up eventually but the legend and the name have already been made, so to speak. 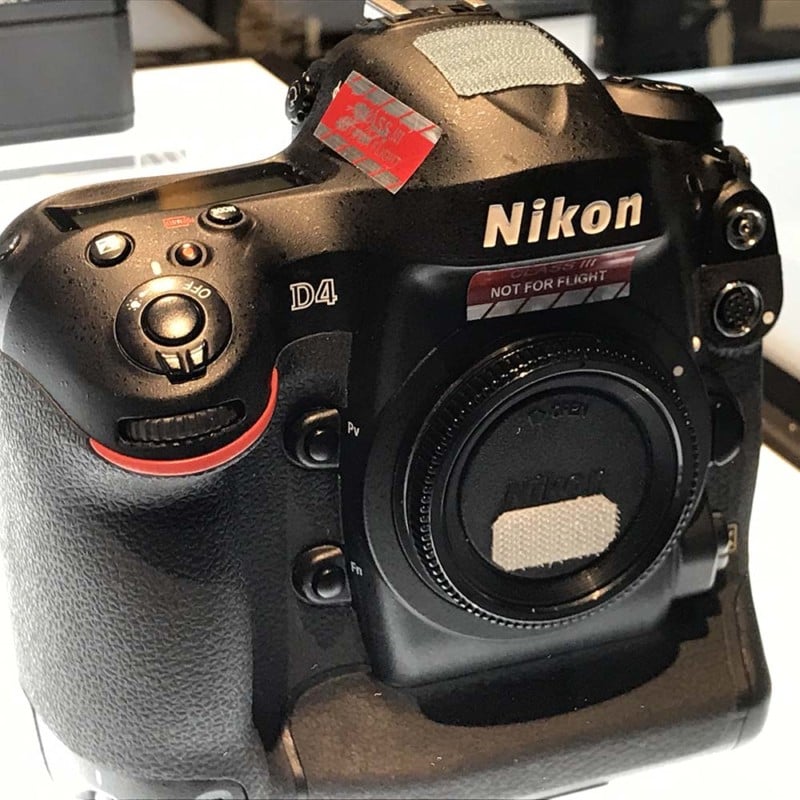 This is the Nikon D4 that went to space. 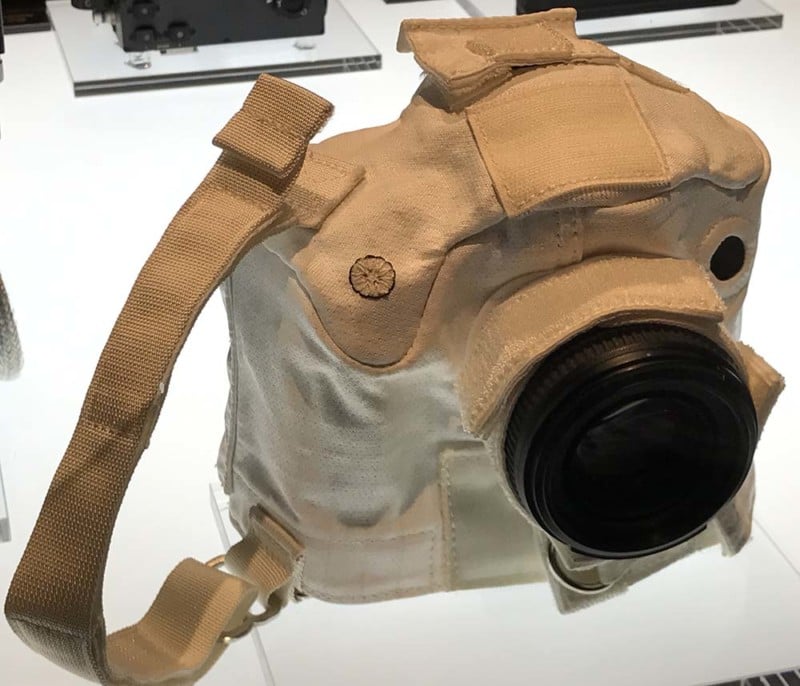 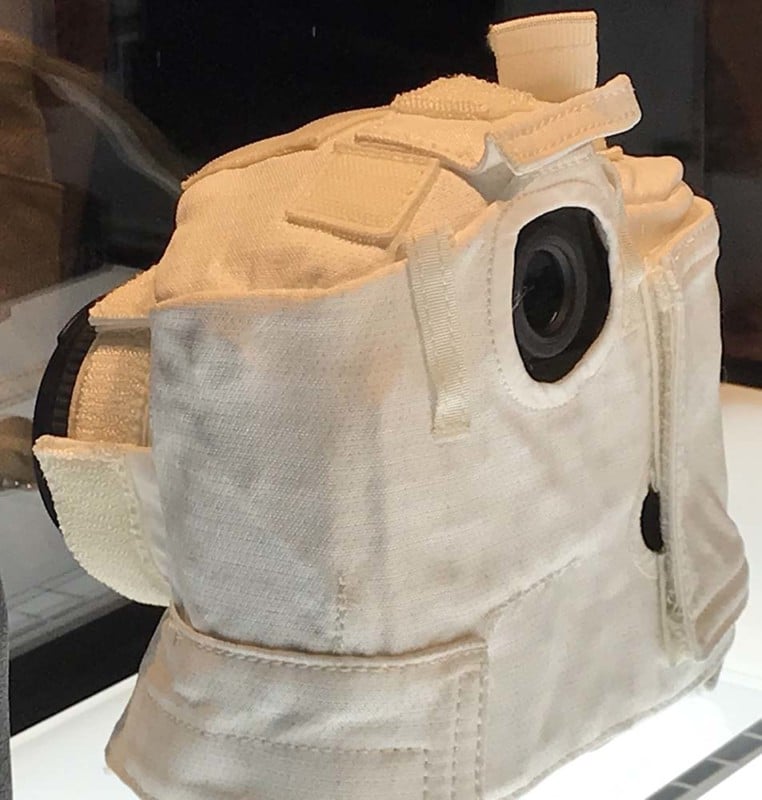 The EVA or Extra Vehicular Activity cover is very expensive and costs around $20,000. The training version you see here costs less than the real thing. Note the Velcro-brand strips on the Nikon D4, it is used when you want to secure the camera in zero gravity. I had a Nikon D4 once and I loved it a lot. 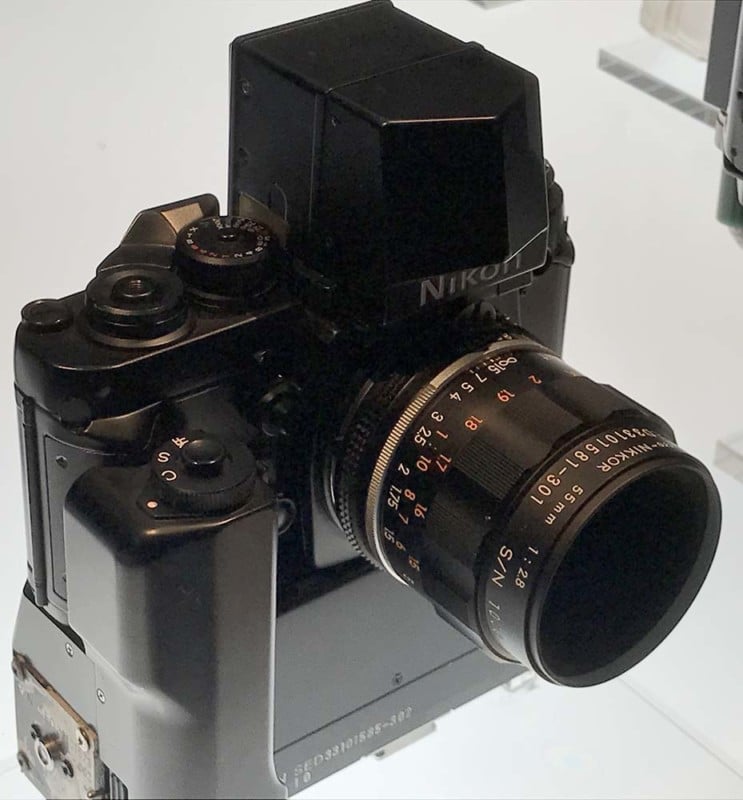 This one interested me the most. As you know, I am a very big fan of the 55mm family of Micro-Nikkors! This Micro-Nikkor 55mm f/2.8 Ai-S was specially made for NASA. Note that it doesn’t have any rubber used on it and the lettering is easier to see. Owning this lens is a dream for me. Dear Nikon, I have been a really good boy this year.

Here are some early Space Nikons: 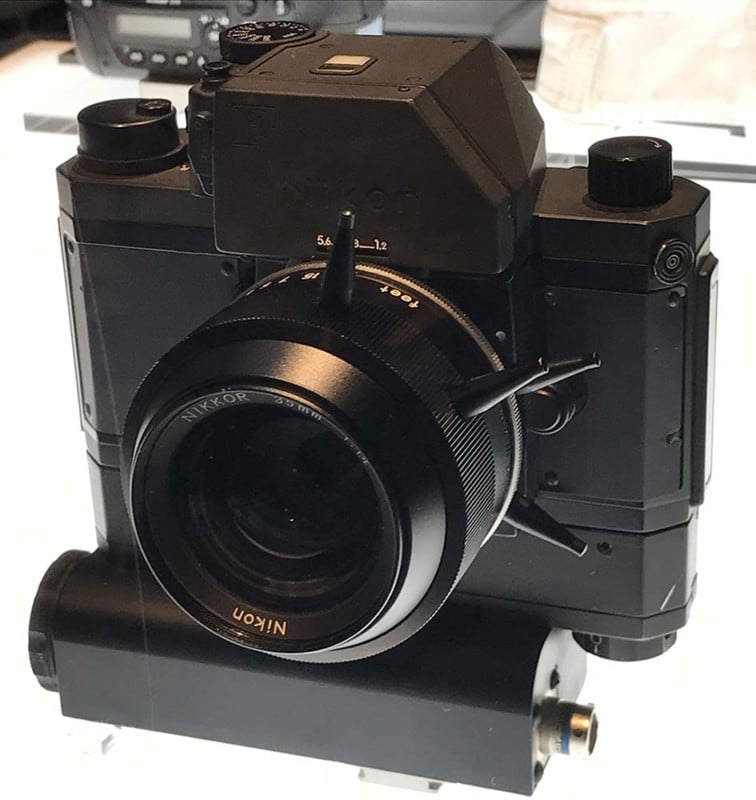 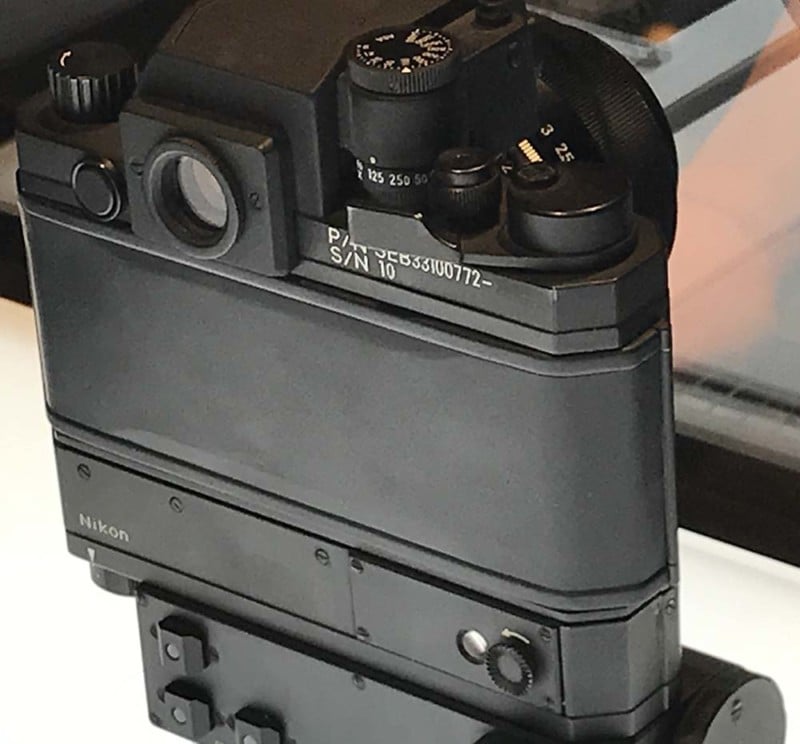 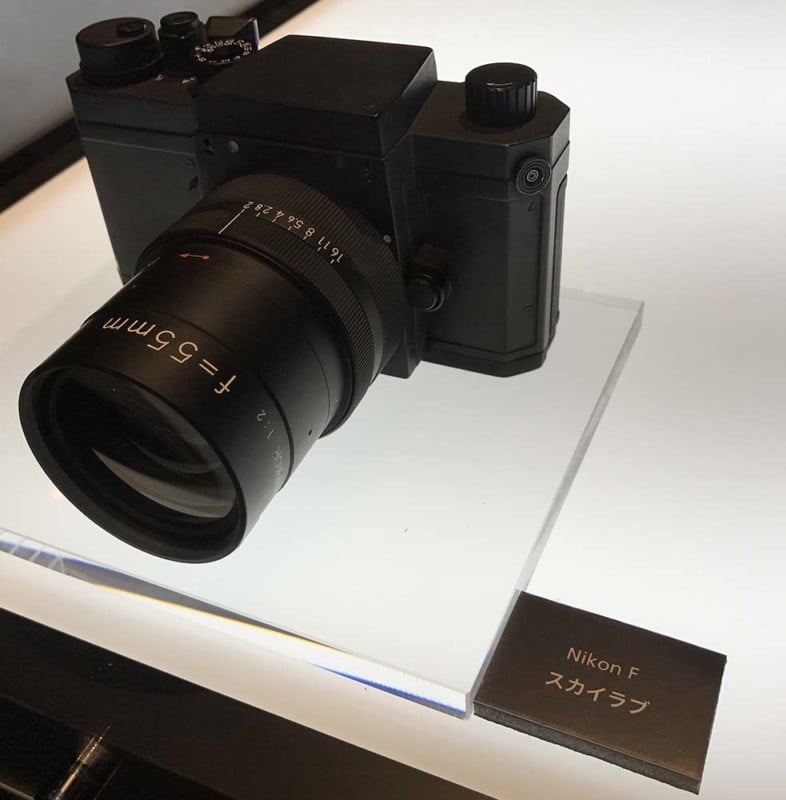 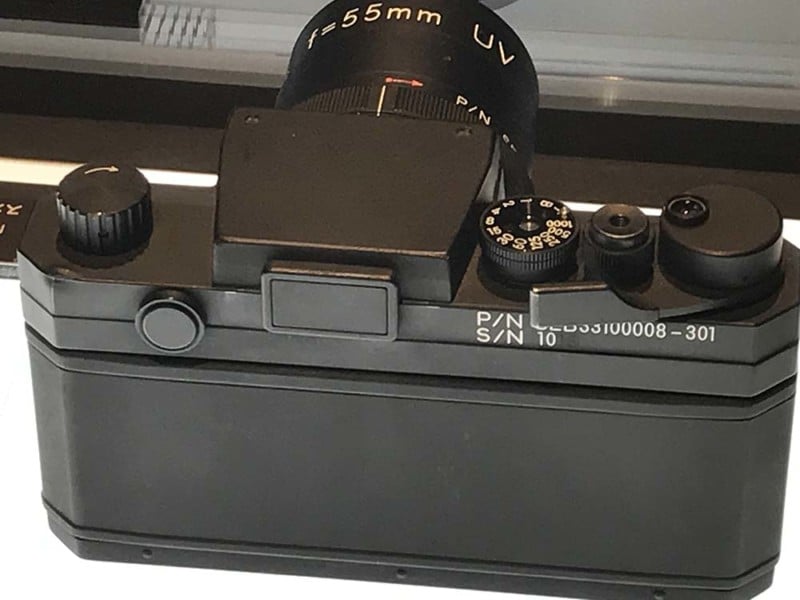 Note that they were all painted with matte black. That paint job has become glossier as more and more people handle it. You know what scale modelers usually say about the paint job on their models? It applies here, too!

Almost every part has serial number information engraved on them. It doesn’t matter if the part is small such as the handles on the focusing ring of the lens, it had to be marked! 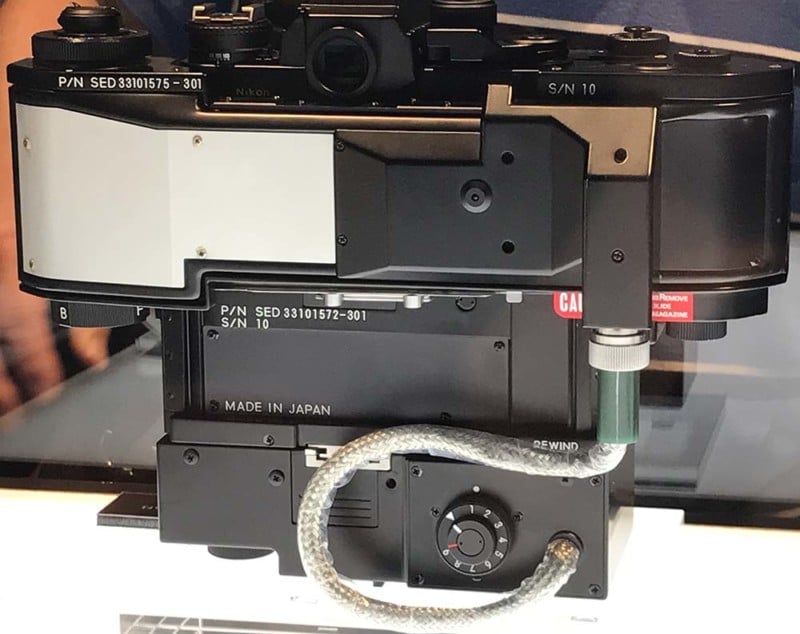 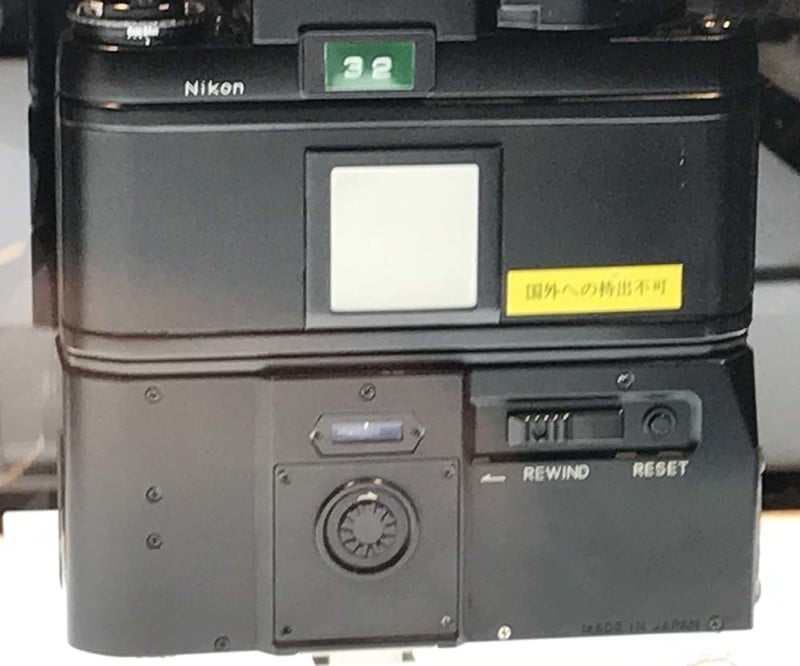 Here are some Nikon F3s that were custom-made for NASA. Notice the fat insulation for the cables. The Nikon F3’s and their accessories were extensively modified.

NASA’s requirements were very demanding because it takes a lot of dollars to send stuff to space and when it’s there, the equipment has to work flawlessly and be safe to use for the crew. You can say that it’s overkill but this is critical stuff so better be safe than sorry!

One of the things that I attended the event for is the talk on the topic of “space cameras” by none other than the great Goto Tetsuro himself (Nikon’s Product R&D General Manager). I respect the guy a lot and there is no better person to talk about the topic than the man himself because he has been directly involved in this for more than 4 decades! 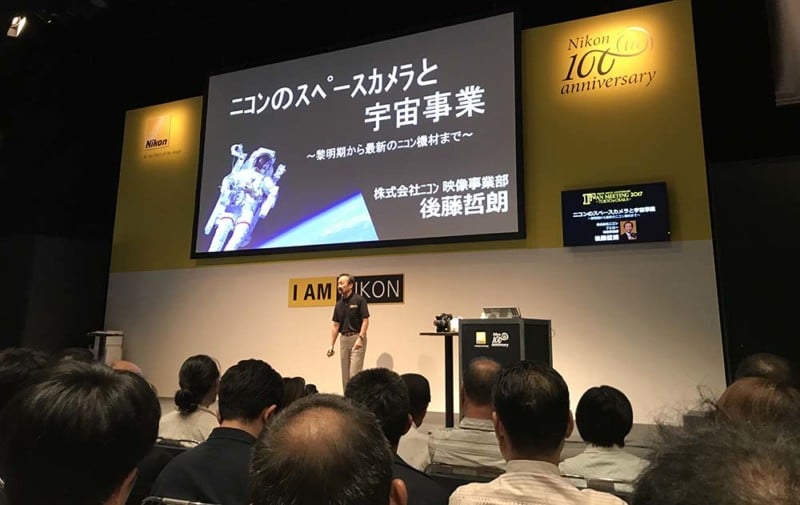 Mr. Goto Tetsuro is about to begin his talk. He is a great guy, very approachable and he is a living treasure in the Japanese camera industry. He is going to retire soon after almost 45 years of work. Without him, we would be using very different cameras. 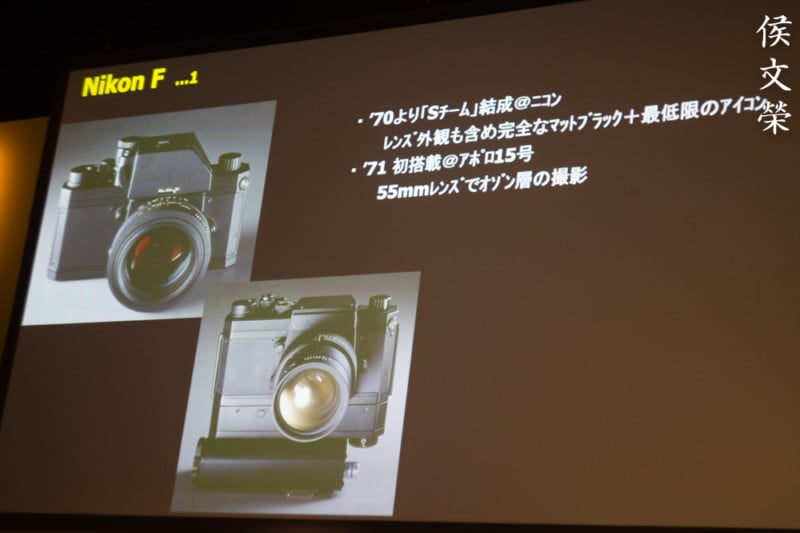 The cameras were made in the ’70s and the New-Nikkor 55mm f/1.2 lens was used to take pictures of our ozone layer. Notice that only the essential engravings were not painted in matte black. Note also that some of the controls and knobs are different from the production versions because astronauts use very thick gloves. No film changing in space for you! 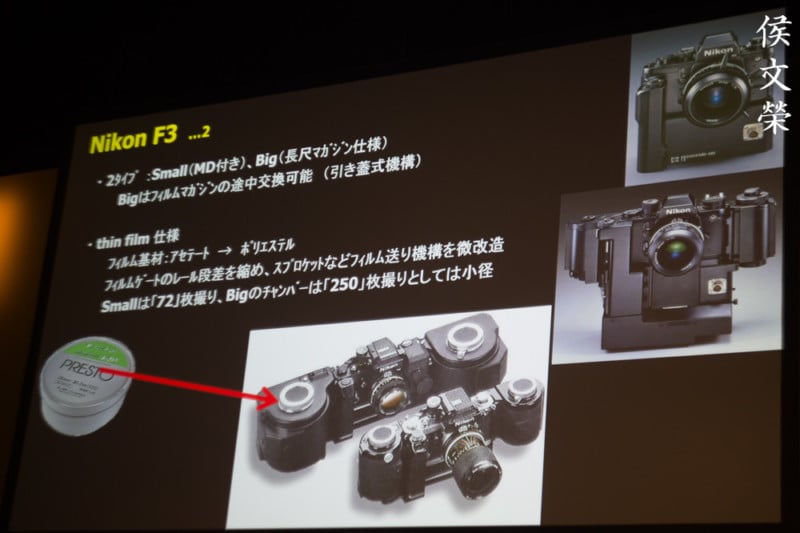 There were 2 types of bulk magazines used, they were nicknamed “Big” and “Small”. The film stock used is also special, they were thinner and they used polyester and not acetate as the substrate material. One interesting thing to note is that the film advance mechanisms were modified so “Big” and “Small” are capable of doing 250 and 72 frames respectively. Here are some of the modifications done on the Nikon F3 to make it kosher for NASA (the cameras have to be compliant in order to be sent to space): 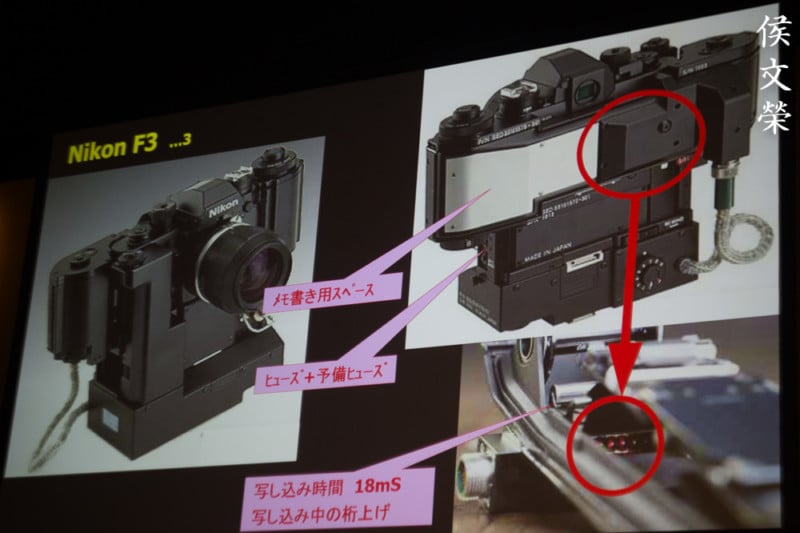 The Nikon F3 backs were heavily modified. A place for a memo was included and a fuse box had to be implemented just in case. I don’t understand the bit where the 18ms thing was mentioned so I am not going to speculate and give you any bogus information. 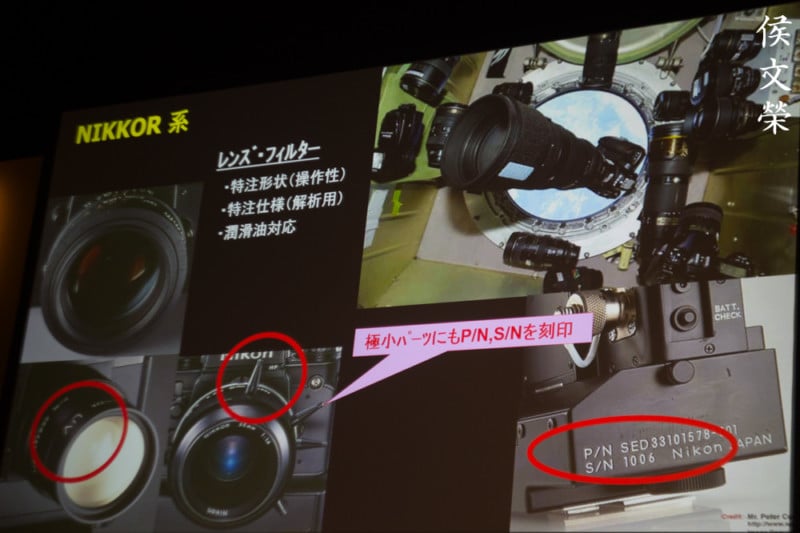 Here are some more interesting things. The filters used were special and like what I said earlier, every part has serial numbers. The screws probably don’t have the serials since this is going to be impractical, but who knows!? If you have the money, why not? 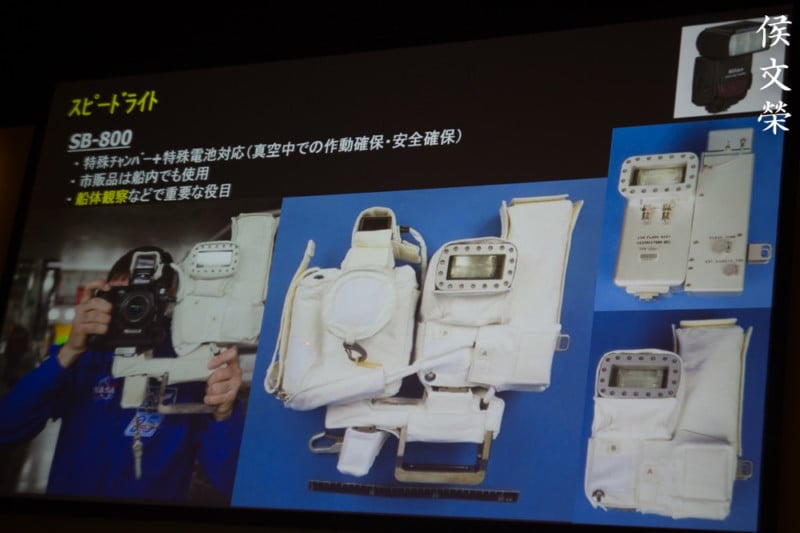 This is the slide for the Nikon SB-800’s special EVA cover. The special Nikon SB-800 here’s been modified a bit because the arc-discharge will not work in the vacuum of space but the bulb and flash tube is exactly the same as the ones used on commercial models. That big housing beside it is the special power pack. 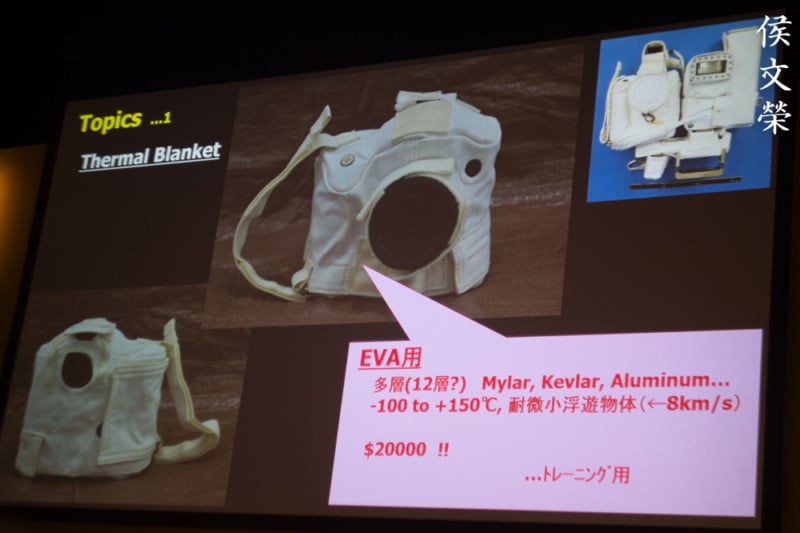 The special EVA cover of the Nikon D4 for NASA was made from a combination of those materials you see on the caption. It was made to withstand the speed and temperatures mentioned in the bubble. Wow, 8km/second! That is super fast! 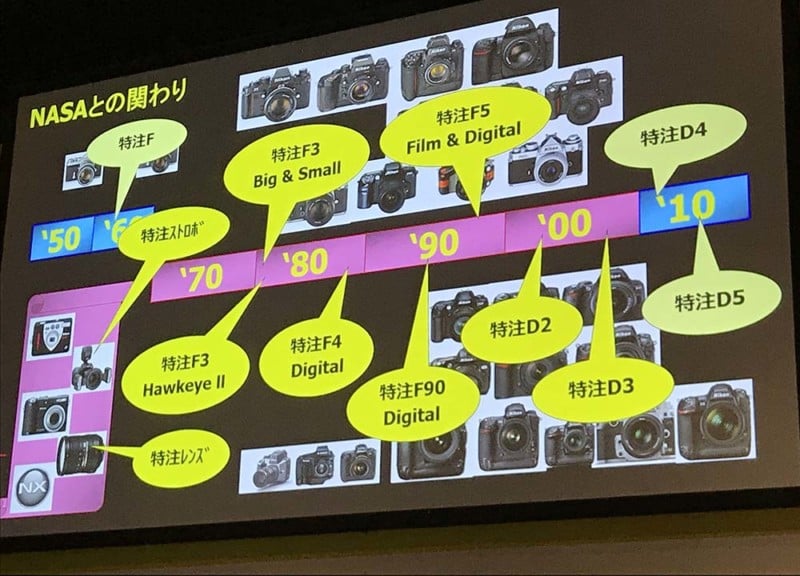 This is basically just a timeline of what Nikon cameras were sent to space and when they served as space cameras. It is interesting to note that even the humble Nikon FM/FE series went to space with the Russians. This shows that these little cameras are tough! 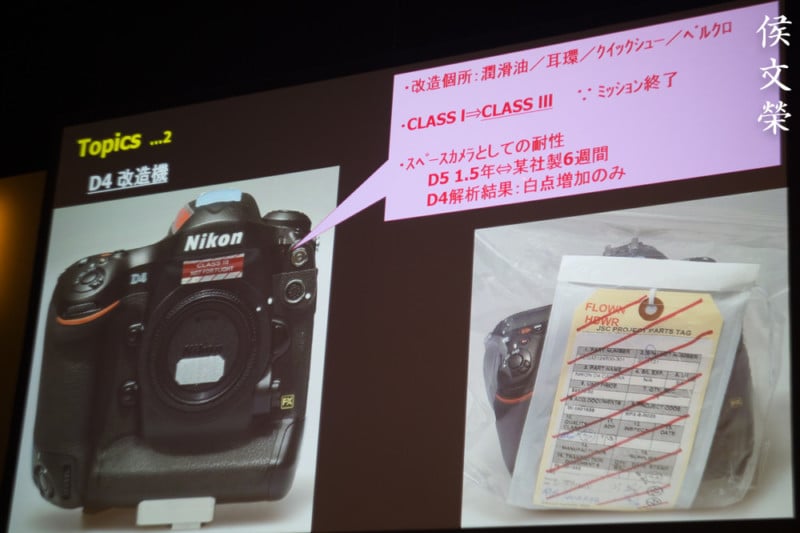 The Nikon D4 was modified to use special lubricants, some insulation, a modified quick shoe and some velcro strips stuck to it here and there. The tag is also interesting.

This was a long but interesting talk. I will admit that I got sleepy at times because I didn’t have enough sleep the night before this but I tried my best to keep myself awake because this is not a common topic with scarce information available online.

I hope you enjoyed this report!

About the author: Richard Haw is a photographer based in Tokyo, Japan. You can find more of his work and writing on his website. This article was also published here.

I Got Tired of People Giving My Camera Credit, So I Bought a $200 DSLR Kit