The GoPro HERO6 is finally here and many of you are probably wondering if it’s worth the upgrade or not. In this 13-minute video, the Canadian camera store Vistek compared the HERO6 with the HERO5 and came up with some startling results.

First, the stabilization. The comparisons between the two cameras showed a huge difference in the stability. The HERO6 is just super smooth, whereas the HERO5 still shows wobble at times.

Comparing the color profiles, the HERO6 seems to retain details by an entire stop, possibly a little more, than the HERO5. The dynamic range really seems to have improved.

Interestingly, the video creators thought that the 240 fps footage at 1080p is “pretty terrible” and more of a “novelty.” They say that there is a “tonne” of aliasing and artifacts in the footage, particularly around areas of hard edges.

But the stabilization is available at 120fps at 1080p, and that is a “huge win for GoPro.”

Areas of highlights, particularly shiny areas, seem to pick up some purple fringing, too. 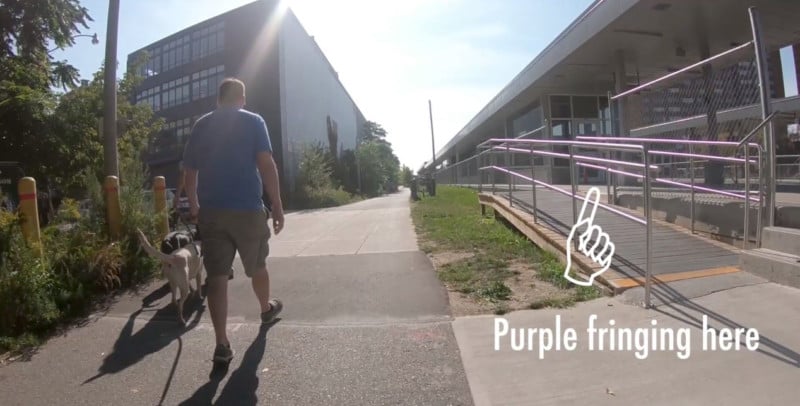 The QuikStories feature received a bit of a hammering in the review. It seems that it chooses the footage more randomly than expected and doesn’t provide interesting cuts, like going back to previous bits of footage.

“The HERO6 is what the HERO5 should’ve been,” says Vistek. “This is the first GoPro I actually want to own.”

Looking Through the Viewfinder of a Hasselblad XPan