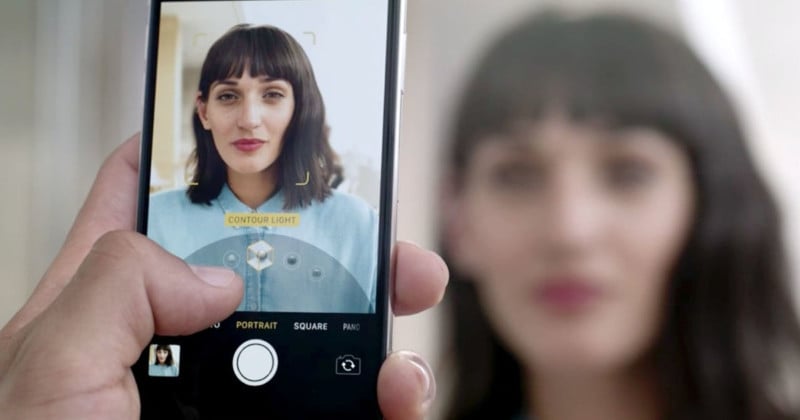 There’s a feature tucked away in the new iPhones that doesn’t seem to be getting a lot of traction, but it represents a massive sea change in photography. It’s the “Portrait Lighting” mode, and it’s the second shot across the bows of traditional photography from the world of computational photography.

The first shot was “fake bokeh” in which the 3D map generated by a dual (or multiple) camera is used to generate background blur, to simulate the look of contemporary fast lens portraiture. This was widely derided for a few minutes, and then improved, and now it’s pretty much accepted. A few holdouts still mock it, but normal people can’t really tell the difference. 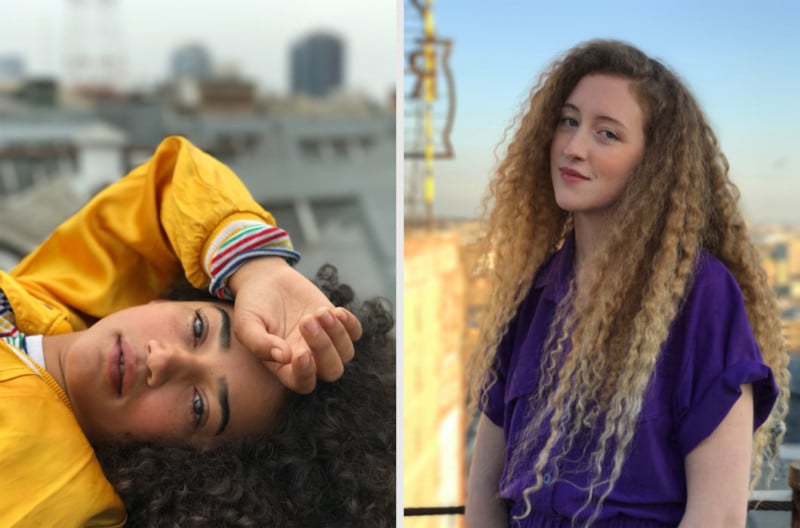 This next shot is a much much bigger one. With the 3D map, the only thing preventing doing photographic lighting in post is available computing power. This is exactly what Portrait Lighting mode does. In effect, it digitally alters the lighting of a portrait to make it closer to a professional lighting style.

It’s not perfect, and I am sure the Internet will mock it roundly when it gets around to it, “looks so fake”, “lame”, “a professional would totally do it better” — all of which may be true. But this is not a technology that is going to get worse over time, though. It’s going to get better. 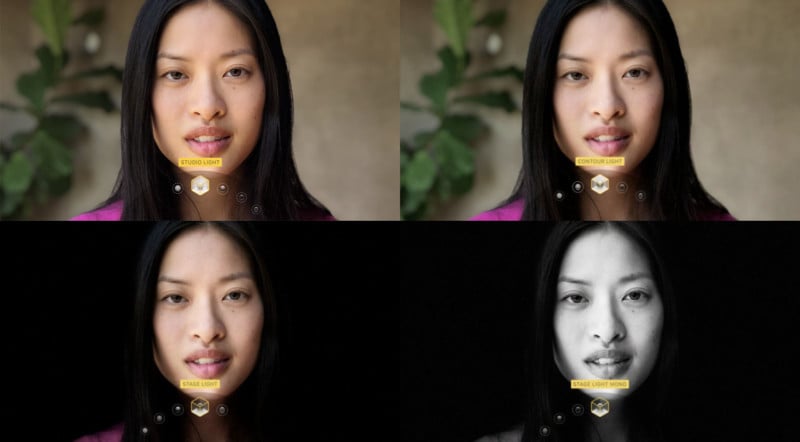 Two years ago, I imagined a virtual studio for the professional photographer, with virtual lights placed and moved as needed, after the shot was taken, and the final results rendered as a standard 2D image for retouching. Apple has done me one better and worked out how to consumer-ize it. Rather than moving virtual lights around, Apple simply offers a handful of styles, treating it like an Instagram filter. Pick the lighting style that makes you look best! Click click, “that one, yeah.”

There’s room for both, though, it’s just software.

It’s not even hard! This next example isn’t even an iPhone — this is me and my rough knowledge of how my own ugly mug is shaped. Original, drop catchlights, shade in shadow, shade in highlights, and finally drop in new catchlights. 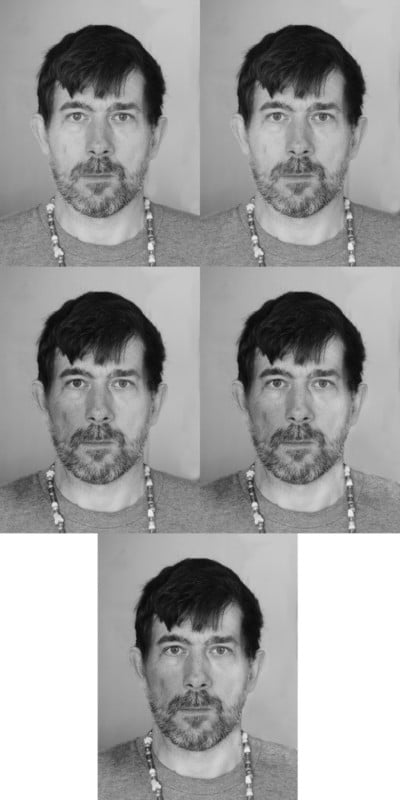 What does this mean for photographers? For the amateur, it means more power, more flexibility, and potentially more fun. It’s simply easier to take ever nicer looking pictures.

For the professional it means that your skill at positioning lights is gradually going to vanish as a differentiator — if you can’t direct your models well, learn how, because that’s about to become the only skill that isn’t being replaced by a robot.

For the photojournalist, and more importantly for the news editor, it means one more layer of potential falsehood inserted between reality and the printed page, the digital news feed. Think about what features you’re going to want to disallow in future.

I can’t even imagine what it means for Fine Art photographers.

It seems like a stupid little “selfie-mode stupidity” feature, but it’s not. It’s our second hint of a radically different future.

About the author: Andrew Molitor writes software by day and take pictures by night. The opinions expressed in this article are solely those of the author. He’s based in Norfolk, Virginia, and does his best to obsess over gear, specs, or sharpness. You can find more of his writing on his blog. This article was also published here.