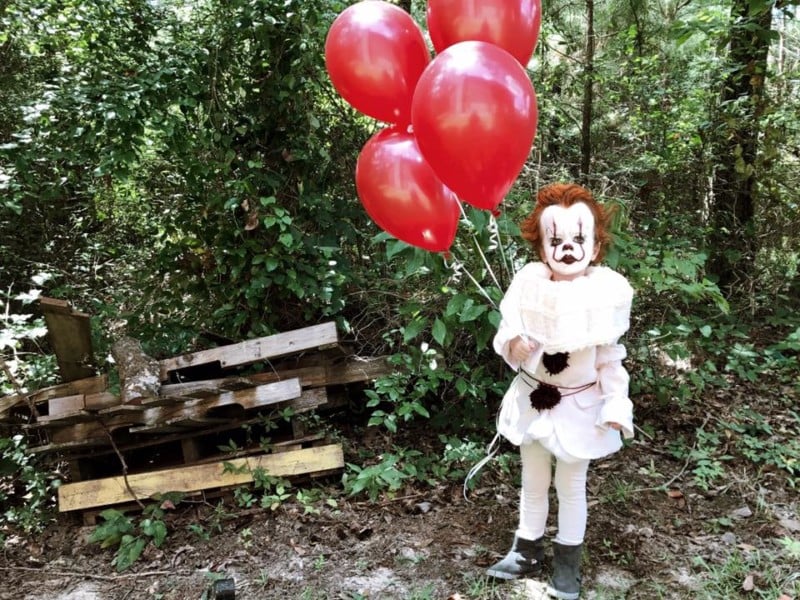 A 17-year-old photographer has created a viral photo sensation by transforming his tiny 3-year-old brother into the creepy clown from Stephen King’s classic horror tale It.

Eagan Tilghman of Mississippi did the creative photo shoot with his brother Louie.

“The story is that my siblings love to dress up, and I like making costumes and doing their makeup and face paint,” Tilghman tells PetaPixel. “So it was a match made in heaven I guess.” 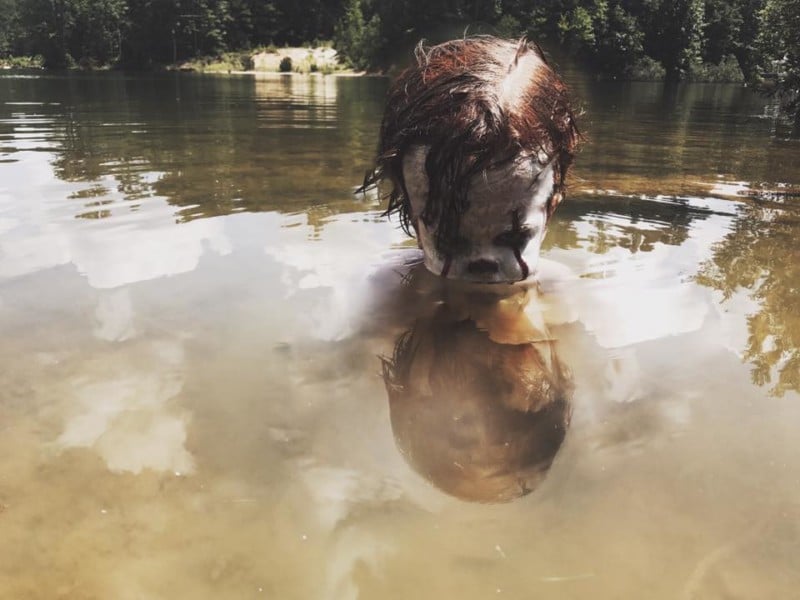 “I liked the new Pennywise [the Dancing Clown] costume so I asked Louie and he loved it and wanted to do it,” the photographer says, “so we painted his face and took the pictures.” 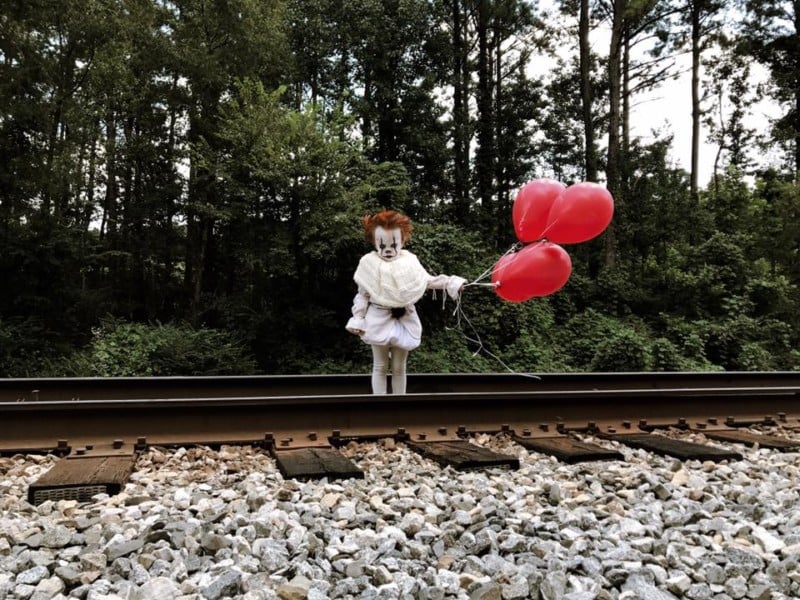 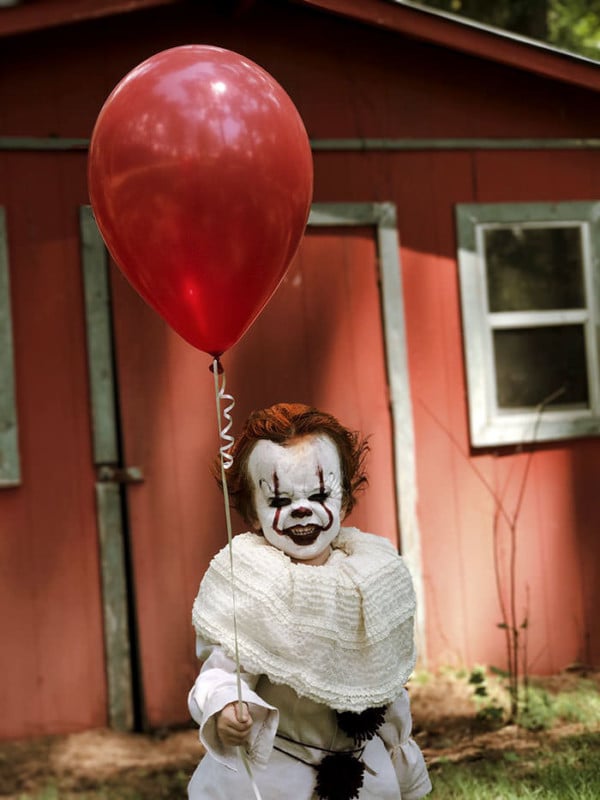 Tilghman did all the costume design, makeup, photography, and editing himself. The photos became an instant hit after he shared them through his Facebook page.

Here are a couple of behind-the-scenes making-of views:

Before and after of the wig. I bought a cheap wig from @partycentralmeridian , and then turned it into Louie's new pennywise wig.

Pennywise 3.0 test successful! I didn't have time to take any real pictures today, but I'm going to redo his makeup and get some good ones soon. #stephenking #pennywisethedancingclown #itthemovie #it #itbook #Itmovie #pennywise

Warning: Doing photo shoots on live train tracks is illegal and regularly causes serious accidents and deaths. Photo shoots should only be done on tracks that are confirmed to no longer be in operation.

Image credits: Photographs by Eagan Tilghman and used with permission

5 Dos and Don’ts When Shooting With Models

This is How the Leica M10 is Made