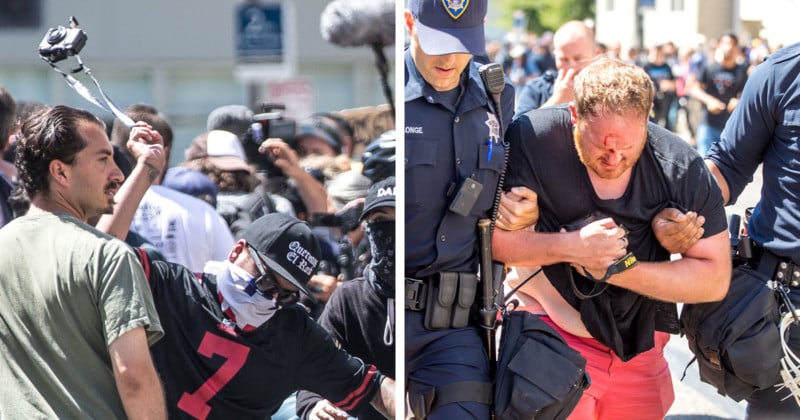 This past Sunday, I photographed the “Rally against Hate” protests in Berkeley, California, which was organized to oppose a “Say No To Marxism” rally that had been planned. There was very little representation of the so-called alt-right at the park on Sunday. However, there were 100 to 200 Antifa (or anarchists, or whatever they are called) who showed up dressed in all black to the protest.

Warning: This post contains images of violence and strong language.

The vast majority of the people protesting were anti-hate, peaceful protesters. But this group of black clad masked protesters assaulted several photographers at the event. I personally witnessed photographers having their cameras stolen and smashed and damaged.

Clip is from live chopper feed by @kcranews in #Berkeley. No cops seen, this is #Antifa. https://t.co/vQHUculNTX pic.twitter.com/AJvowKzbev

"Take his camera, take his phone," they are shouting at a journalist. #berkeley pic.twitter.com/hvsQ5eXalE

Anarchy in Berkeley: A hundred black-clad antifascists with 'no hate' signs storm rallyhttps://t.co/h1u7a9kzS0

At one point, while a photographer was being assaulted the Berkeley Police Department had to rush into the black bloc crowd to fish a guy out who was being beaten on. That is the guy whose face is bloodied and the photo I took where the police are escorting him. 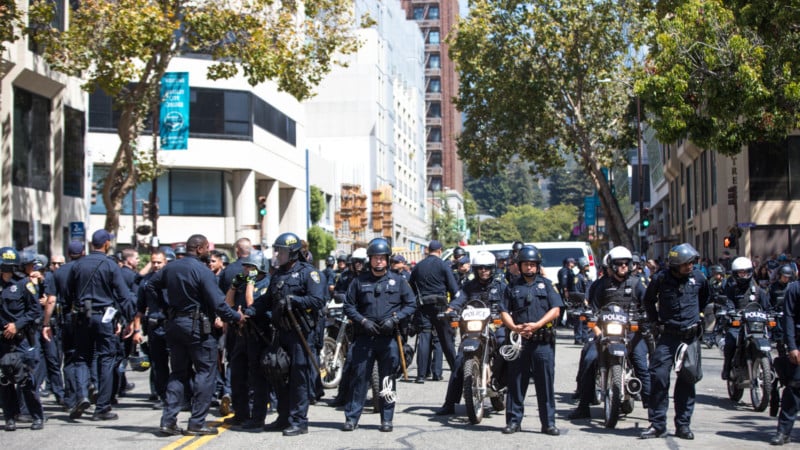 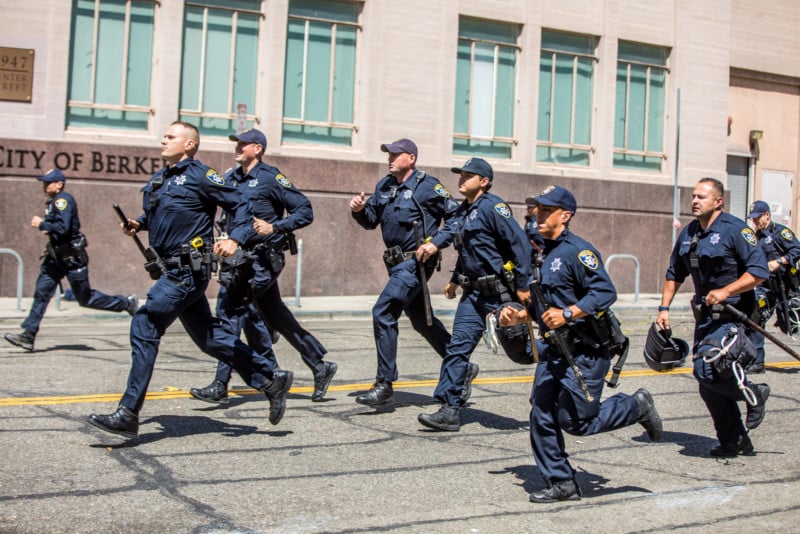 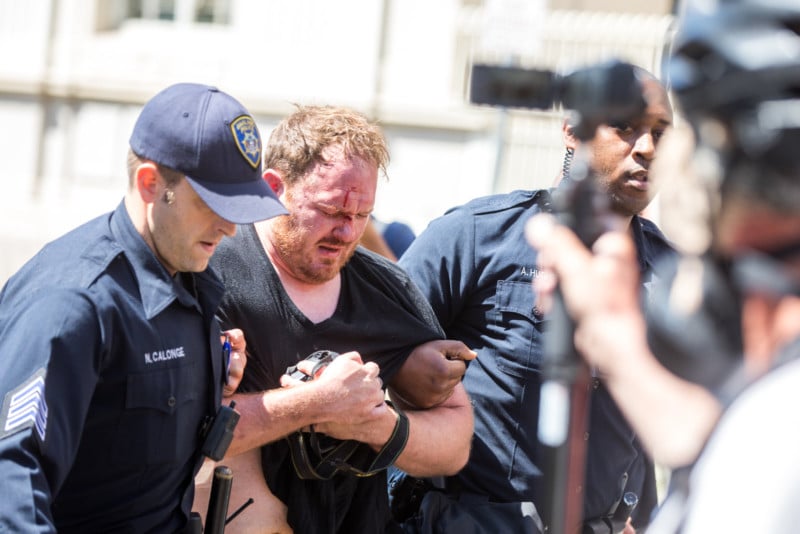 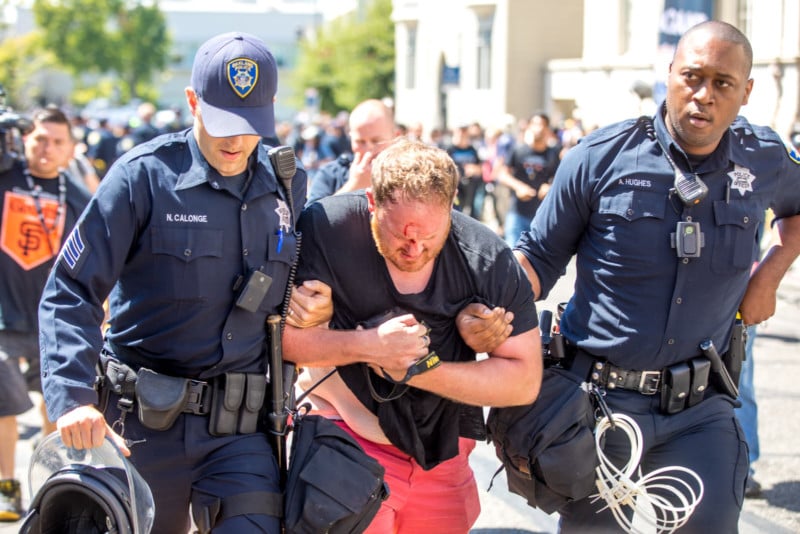 Another photographer who was there had black paint thrown on him while he was photographing.

Frank Sommerville from KTVU also has a post up on Facebook which got a lot of attention about his experience feeling threatened while taking photos of these people.

It seemed pretty evident to me that these people did not want to be photographed at this event. While I can understand people not wanting to be photographed, generally speaking, I think if you show up at a rally in the middle of a free speech park where there is media and hundreds of cameras, there really should be no expectation of privacy. 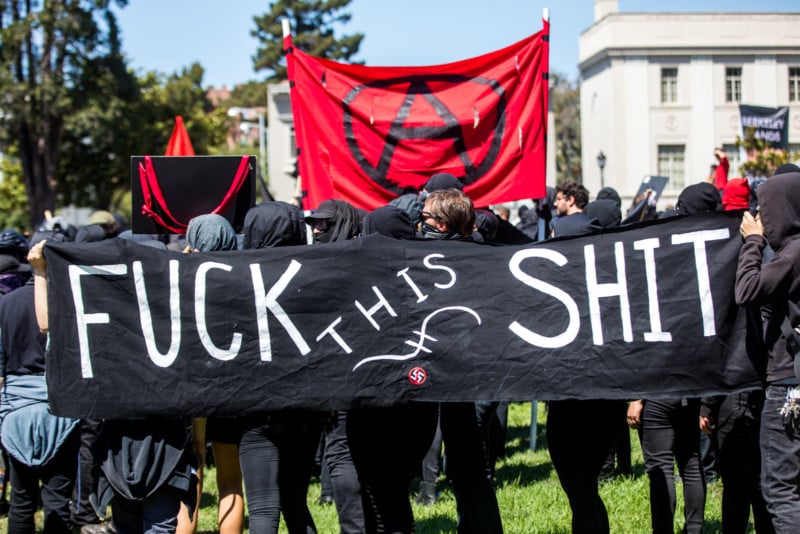 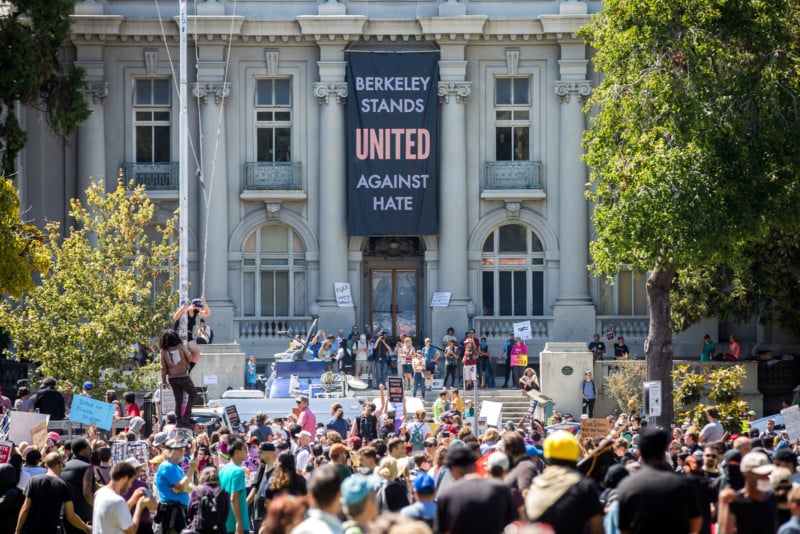 To react violently towards photographers, destroy people’s property, and assault people physically is wrong. To me, these people seemed like a mob of bullies who delighted in violence and just wanted to crack skulls. I think these people over-reacted to the photographers at the event and think more people need to come out and condemn this sort of violent behavior.

Update: An opinion statement has been removed from this article.

About the author: Thomas Hawk is a photographer and blogger based in San Francisco. The opinions expressed in this article are solely those of the author. Visit his website here and his Flickr photostream here.

Image credits: Photographs by Thomas Hawk. You can find the complete album here.