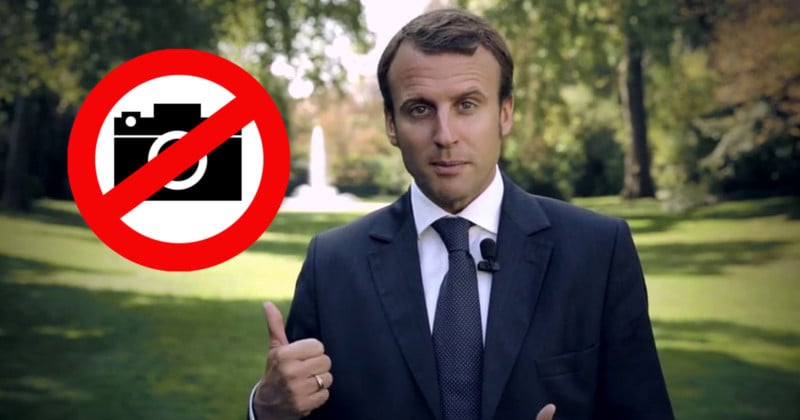 French President Emmanuel Macron has filed a legal complaint against a photographer who he claims infringed upon his “right to privacy.” The photographer is being accused of taking “holiday snaps” of the president and his wife in Marseille this week.

Preferring a more private holiday than his predecessors, Macron spent his vacation in relative secrecy. The location of his retreat was not publicly revealed, but once word of the location got out his security team worked hard to fend off paparazzi.

“On Sunday, he entered the private property (of the president’s villa) which led to the complaint,” a presidential spokeswoman says.

It is unknown whether the photographer was shooting independently or on behalf of an organization. However, he did make comments about his treatment to VSD magazine, saying: “The police searched through all my gear, my bags… I even had to remove my shoelaces and my watch.”