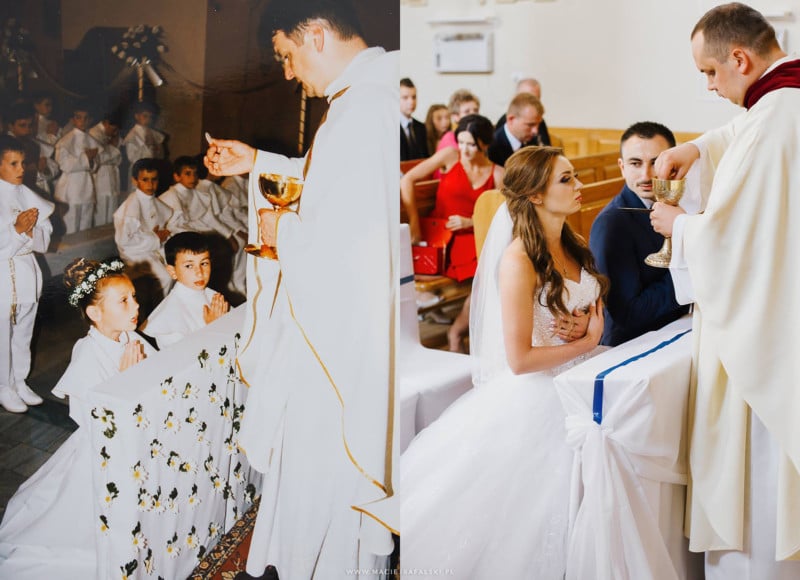 Here’s a beautiful then-and-now photo that shows a bride and groom on their wedding day in the exact same pose as when they received their first holy communion as children decades ago.

Polish wedding photographer Maciej Rafalski was preparing to shoot the wedding of a couple named Paulina and Damian when he came across the childhood photo of them during the first communion. The young Damian is seen giving Paulina a sidelong glance.

“When I saw this old photo, I knew we had to repeat it,” Rafalski tells PetaPixel. He shared the idea with the couple, who loved the idea.

During their communion portion of the wedding ceremony, the couple were in exactly the same positions, and Damian gave Paulina a brief look. Rafalski was ready and captured the recreated moment.

Paulina jokes that Damian has been interested in her since childhood, but they were actually strangers in the earlier shot.

“We did not know each other then,” Paulina says. “In this photo, Damian attended a primary school in a different locality than me. We met only when he came to junior high school.”

After meeting and spending time with the same group of friends, the couple began dating in high school, and the rest is history.

An Interview with Photographer Richard McLaren