How would you go about photographing a $2.5 million car? That’s the challenge photographer Richard Thompson faced last year when he was tasked with shooting the Pagani Huayra BC on the streets of New York. For this car, of which only 100 were produced, Thompson decided to use a Phase One XF 100MP medium format camera kit that costs over $50,000.

The 5.5-minute video by Phase One above is a behind-the-scenes look at how the shoot was done.

Thompson spent two months pre-visualizing the shoot and came up with images that couldn’t be made in single NYC locations, so he decided to shoot different portions on location and composite them during post-production.

The shoot was held under the Long Island railroad. Since the location isn’t the safest of neighborhoods, the city required that the team had police on hand for protection during the shoot.

For a straight-on photo, Thompson used a Schneider Kreuznach 240mm LS f/4.5 IF lens with a 2x converter, giving him a focal length of 480mm.

“It really appeals to me to shoot it through a longer lens,” Thompson says in the video. “The focal compression makes the car look a lot more serious, even bigger than it is.”

The shoot was mostly done with available light, but Thompson did use a set of Profoto B1 strobes, often in setups that mimicked the natural sunlight hitting the car. 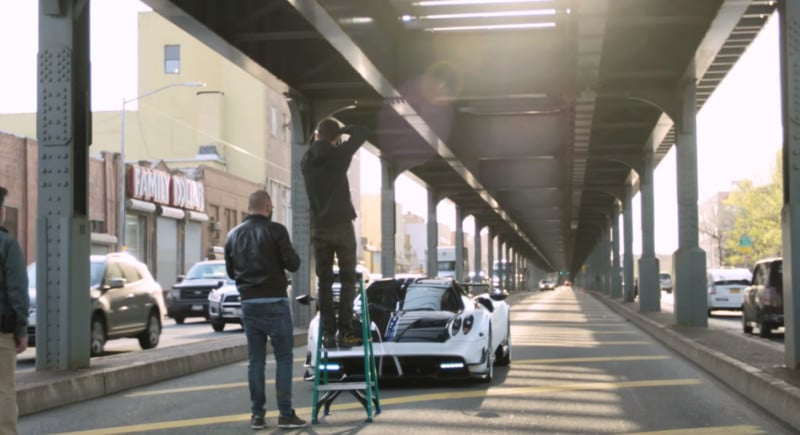 To avoid driving the car too much — the goal was to move it only 3 or 4 times during the shoot — Thompson did his best to capture the car from key angles using all his lenses.

Here are some of the photos that Thompson made of the car: 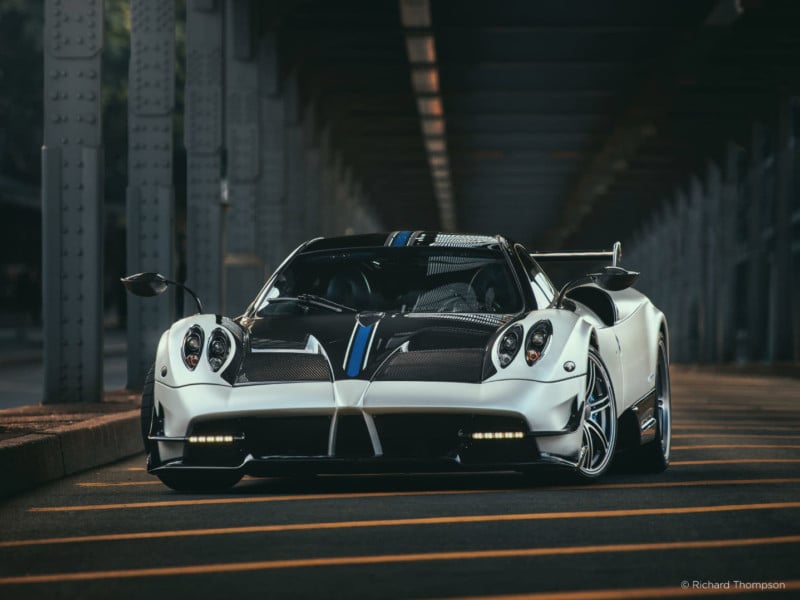 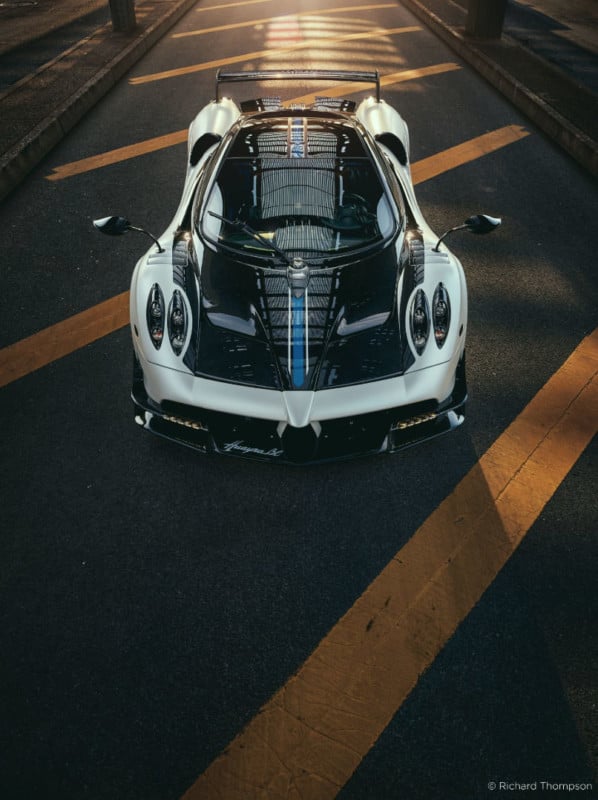 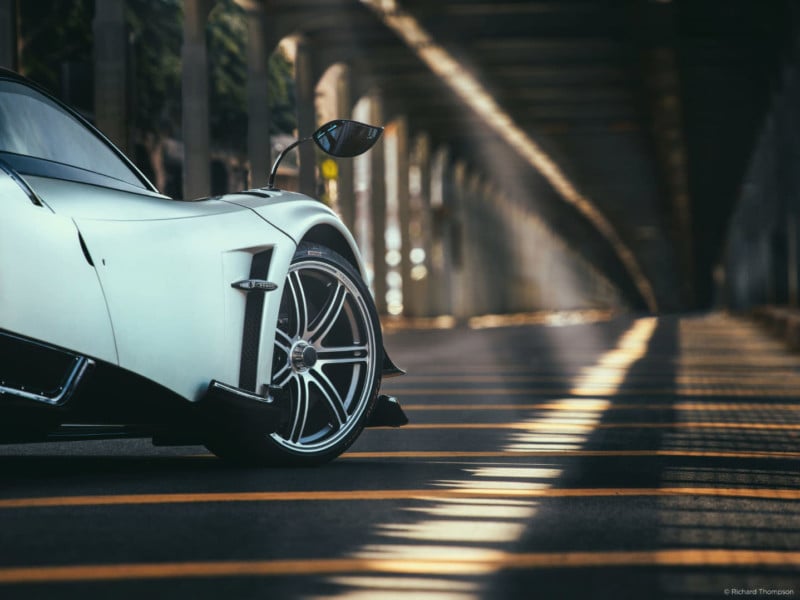 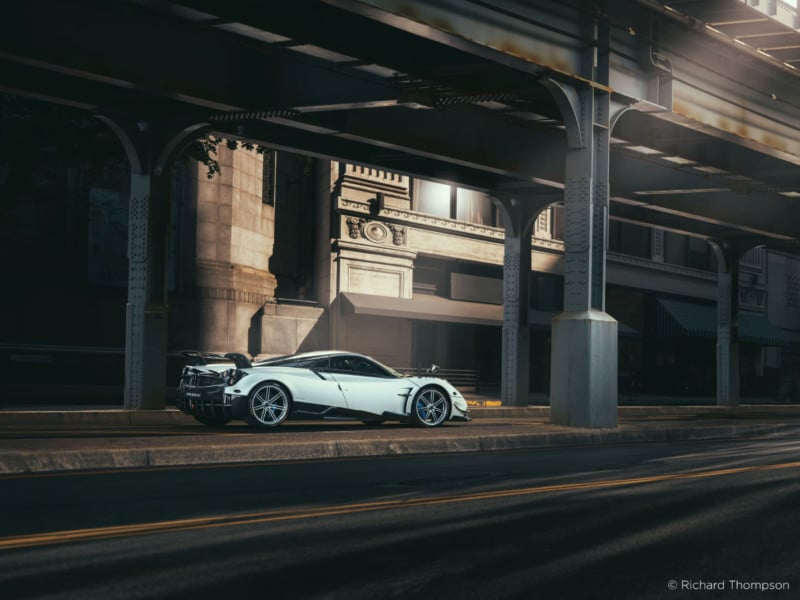 Image credits: Photographs by Richard Thompson and courtesy Phase One

How to Refine Content-Aware Fill with a Layer Mask