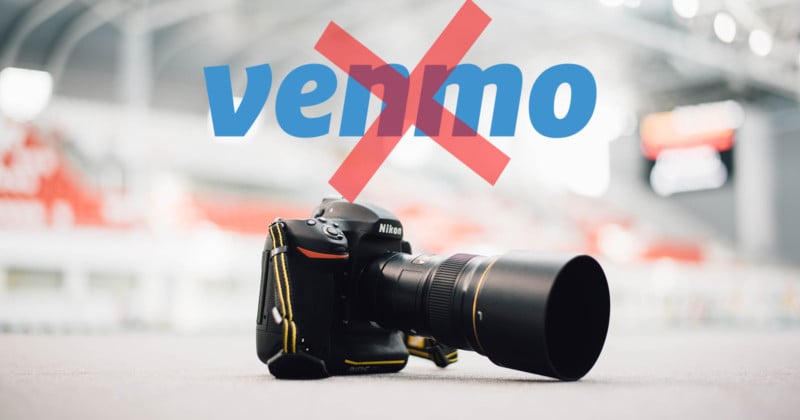 If you ever need to sell pricey camera equipment — or anything else, for that matter — stay away from buyers who want to pay you using the popular mobile payment service Venmo. A scammer in Los Angeles has reportedly bilked multiple people of up to $100,000 in camera gear in just two weeks.

The Verge reports that a man who goes by the name “Andy Mai” has been contacting people selling cameras through Facebook Marketplace and scamming them using Venmo.

Here’s how the scam works: after agreeing the purchase expensive camera equipment, Mai sends the money to the seller through Venmo in a ridiculously large number of small payments — unlike PayPal (which owns Venmo), Venmo is designed for small, non-commercial payments between people. One seller received 52 transfers of under $100 each from Mai as payment for a camera, The Verge reports.

This payment strategy seems bizarre, but since the money appears to be received on the seller’s end, the sellers hand their camera equipment over to Mai.

But hours after the deal is “done,” the sellers get hit with the bad news. Venmo blocks the transfers, freezes the sellers’ accounts, ask for identity verification, and inform the sellers that it’s against Venmo’s policy to receive money in exchange for goods. In other words, Venmo cannot be used for selling things.

As many as 20 people may have fallen victim to Andy Mai over just the past two weeks The Verge writes, and the total losses could be as high as $100,000. The 4 confirmed victims alone lost a combined $25,000. The scammer continues to create new Venmo accounts after each one used in a scam is disabled, and the reason seller accounts are disabled is because they may have been paid with money from stolen financial accounts.

So be warned: Venmo should never be used if you’re selling camera gear, as you could easily fall victim to a costly scam.

“Venmo is designed for payments between friends and people who trust each other,” a Venmo rep tells The Verge. “We strongly caution Venmo users to avoid payments with people they don’t know, especially if it involves the sale for goods and services (like event tickets and Craigslist items). These payments are potentially high risk, and can result in losing your money without getting what you paid for.”

3 Ways to Find Clients While You Sleep

How to Make Camera Case Dividers for Less Than $13