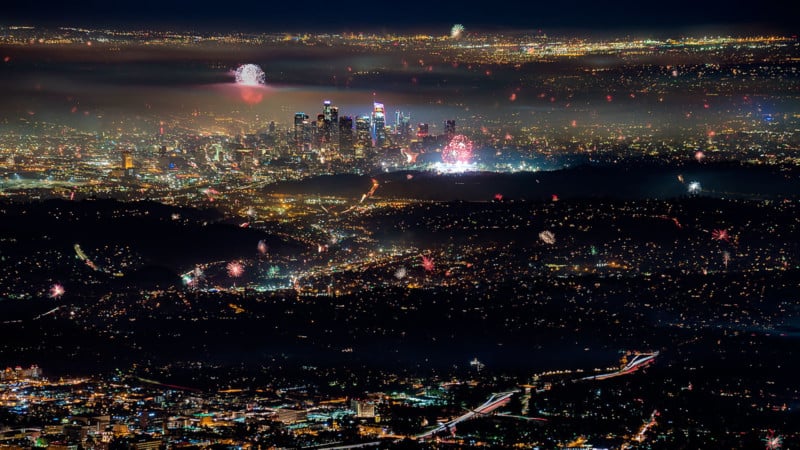 On July 4th, photographer Dylan Schwartz watched the Independence Day firework shows in Los Angeles from an ultra wide-angle perspective. He climbed up over 5,000 feet and watched the brilliant shows across the entire L.A. basin from nearby Mount Wilson.

One of the still frame photos Schwartz made is above. Here’s what the entire view looked like to him from the Mount Wilson Observatory (the above photo is the smaller frame inside the photo): “Everything is spread out in L.A.,” Schwartz tells TIME. “To really see what L.A. does for the Fourth of July, you have to see the whole thing.”

From his vantage point at the observatory, Schwartz shot 250GB of photos and stills. Schwartz is a Sony ambassador, and one of the three cameras he was using was the new Sony a9. Afterward, he turned the imagery into this dazzling time-lapse video of Los Angeles fireworks:

The city of Los Angeles. Here's how it looked from Mount Wilson last night. Shot on a @sonyalpha a9.

Update: Photographer Evan Halleck was also shooting from the same location. He made a single photo showing 5 minutes worth of fireworks, as well as his own timelapse: 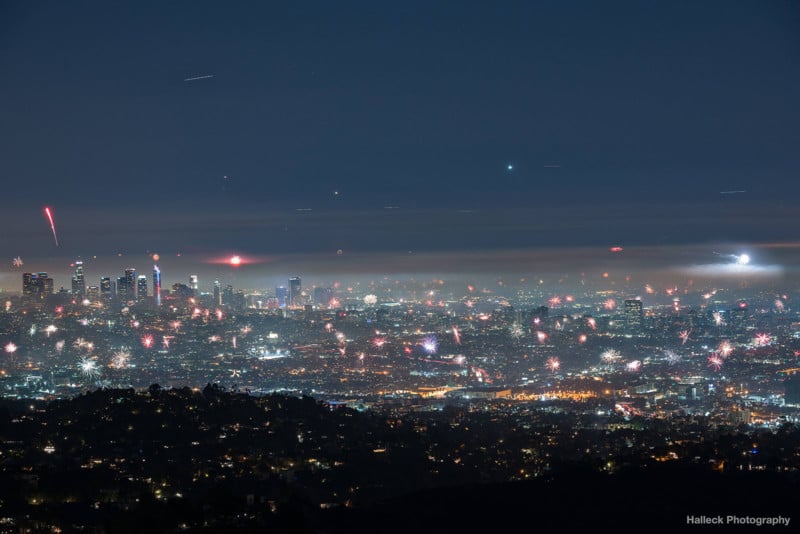 Update on 7/10/17: Photographer Dan Marker-Moore had his camera set up right next to Schwartz and captured this version of the scene:

This Photographer Turns His Childhood Memories into Photos