It wouldn’t be 4th of July weekend without a few fireworks. We already share an incredibly lucky photograph taken by New Mexico-based photographer Jason Smith that captured lightning and fireworks in one, and now we have 1,500 more photos to share. No worries, they’re mercifully arranged into a 59 second time-lapse.

The time-lapse was put together by Aymann Ismail of ANIMAL, and it captures the entire 2013 Macy’s 4th of July Fireworks show. Since the company’s offices are located in Hell’s Kitchen (on 11th Avenue between 44th and 45th Streets), each 4th of July, they get a perfect vantage point of the fireworks show from the building’s roof. 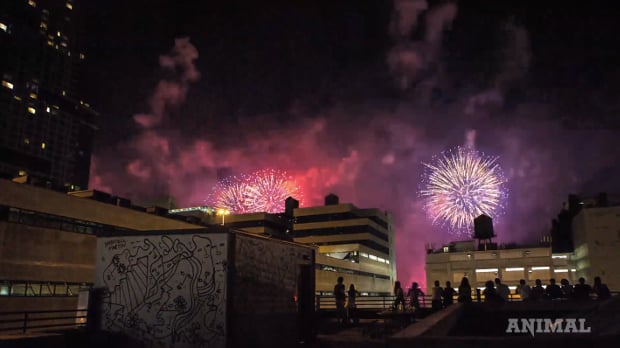 This year, Ismail decided to photograph it, and he’s released this quick (maybe a bit too quick) time-lapse along with a photo essay that contains 10 composites put together from the whole shebang — that’s 150 photos per composite.

It’s not the most artistic time-lapse we’ve ever shared, but if you happen to be stuck in a city where there was no decent fireworks show to go see this past Friday, this rapid-fire playback of one of the biggest shows in the US might help ease the pain.

Documenting Grief as a Photojournalist: Why We Do What We Do