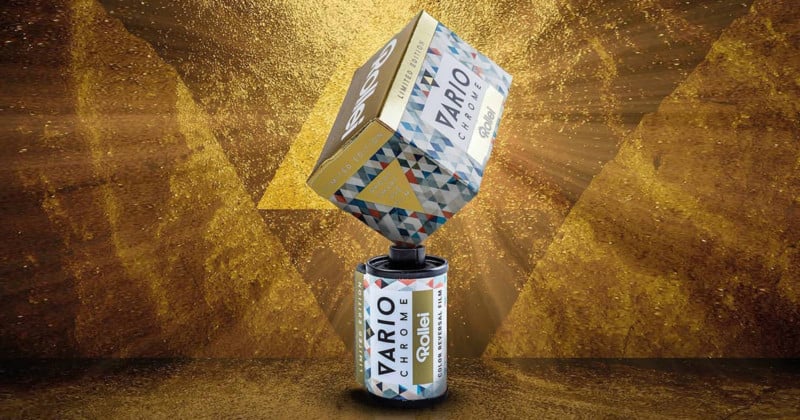 The company says that the new 135-36 slide film can be exposed between ISO 200-400 for use in low-level daylight situations. It has a warm tone to it, with a medium degree of sharpness – perfect for portraiture.

Here’s what Macodirect says in the announcement made on Instagram:

Rollei Vario Chrome 135-36 is a medium to high-speed color reversal film that is intended for photography under low-level daylight illumination or under other light sources using proper filtration. Rollei Vario Chrome has a medium degree of sharpness, its image results are characterized by a slightly visible grain and a warmish image tone.

As the name of the film suggests it has a broad exposure latitude from 200 to 400 ISO (DX coded at 320 ISO). If you intend to project the slides we suggest to shoot the film at 200 ISO whereas 320-400 ISO is preferable for scanning applications.

Example images shot on the Rollei Vario Chrome film are sparse at the time of writing, with the only images shared by Macodirect coming by way of their Instagram account:

Here are sample shots taken with our new Rollei Vario Chrome film. The exposure of the images ranges chronologically from 200 over 320 to 400 ISO. We will release more images taken with this new film throughout the next days.

The film can be pre-ordered at macodirect.de starting from July 3rd, and rolls will start to ship out by the middle of July. U.S. pricing hasn’t been announced, but the company has set the RRP for the EU market at around $10 per roll.

(via Macodirect via The Phoblographer)