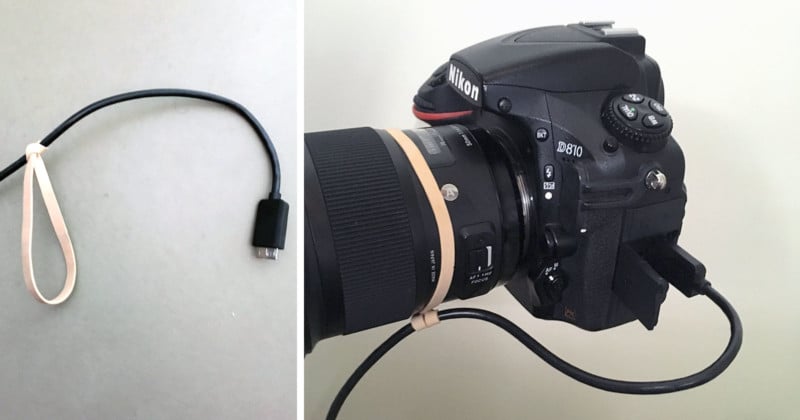 If you often shoot with your camera tethered, there are commercial solutions out there for taking the stress off your camera and cable and protecting the cord from getting yanked out. But if you’d rather not spend your hard-earned money on such a product, an ordinary rubber band can do the same thing.

“Instead of buying any of the fancy solutions for taking strain of your tether cable connection I use a simple rubber band,” photographer David Cohen de Lara writes. “I’ve been doing this in a professional context for several years and it works a treat — in my opinion it works better than any of the commercial solutions I’ve tried.”

First, you attach a rubber band to your tether cable by wrapping it around and pulling one end through the loop of the other. You then wrap the free loop around the barrel of your camera lens, which creates a new point of tension for the cable that’s separate from the jack on your camera. 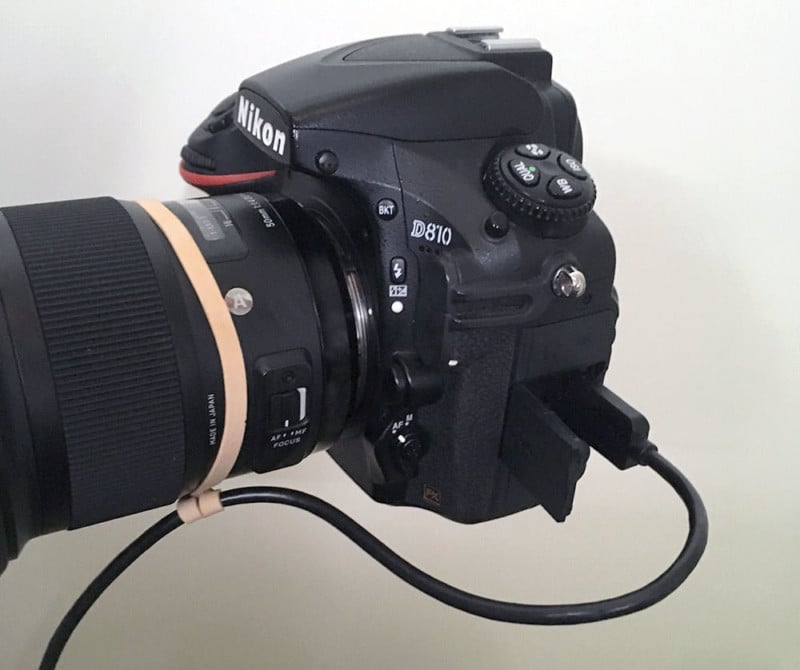 “The good thing is that it’s elastic so you get a gentle tug instead of a hard jerk that could make you drop the camera or damage something,” Cohen de Lara says. “Worst case scenario the rubber band snaps which will cost you less than a cent.”

It doesn’t look very “pro” or elegant, but it works. By comparison, here’s what the $17 JerkStopper by Tether Tools looks like: 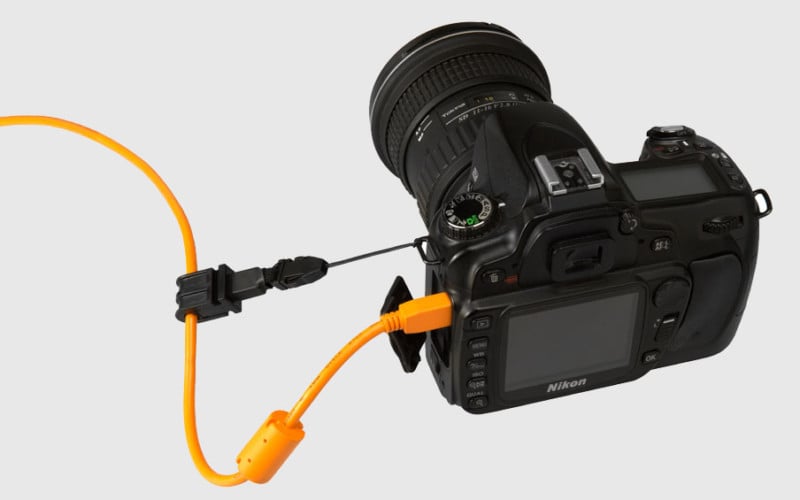 This isn’t something Cohen de Lara came up with, but something that has been floating around among photographers.

“I think I got the idea from one of my assistants and they got it from someone else,” Cohen de Lara tells PetaPixel. “I have to make clear I’m not trying to claim I ‘invented’ this or anything.”

Mendr is the Uber of Photoshopping