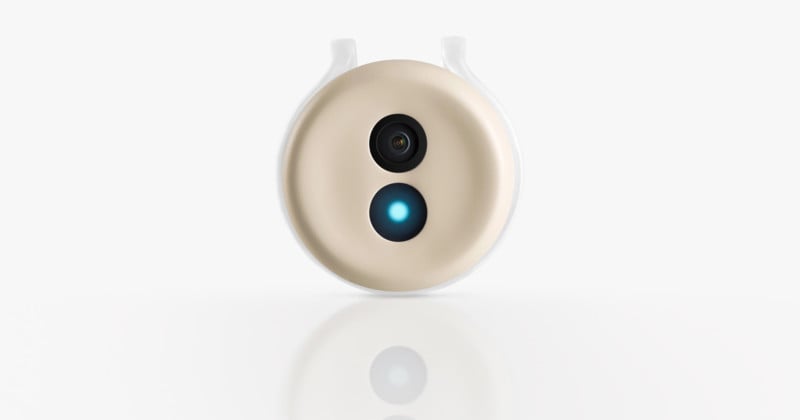 This new wearable action camera is designed to be kid-proof, allowing parents to capture family memories from the perspective of their child. It’s called the ‘Benjamin Button’, and the Kickstarter project was funded within hours of going live.

The Benjamin Button camera comes in the form of a round ‘button’ that clips on to your child’s clothing, recording stabilized 1080p video at 25fps for up to 3 hours. The project creators say the device uses AI to automatically compile the best clips, saving you from sorting through the footage yourself.

While the camera is charging over its USB-C connector, the inbuilt software processes the video and analyzes it using face detection, sound recognition, and human activity detection. The companion smartphone app can be used to tag highlights manually, which will be combined with the automatically selected clips in the final cut.

The device has WiFi disabled while recording, as well as protection from electromagnetic radiation to ease concerned parents’ minds.

It remains to be seen how well the camera’s AI will work in practice, but it may just be the perfect device for parents suffering extreme FOMO.

The Benjamin Button is currently still in the Kickstarter phase, with the crowdfunding round ending on July 3. It’s currently available for a pledge of $189 ($60 off the future retail price), with an estimated delivery of December 2017.

Here’s the Number One Challenge for Photographers