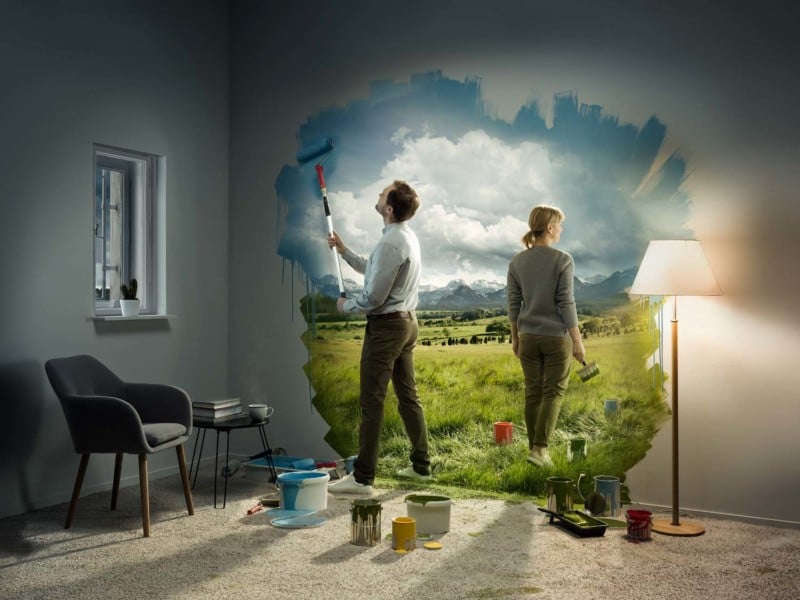 Photo artist Erik Johansson was commissioned by Clinea, a Swiss company leading in the field of psychiatry and psychotherapy, to create something a little different. Johansson shot the images in Prague and Austria this year, creating beautiful photo manipulations that capture the essence of such a company.

An image of a couple painting color and life back into a grey, monochromatic room does well to symbolize the work Clinea performs in the psychiatric field.

In another image, the couple is seen preparing to sail away from a dark, shattered, cold background into the light and warmth of a luscious green island. The parallels are self-explanatory. 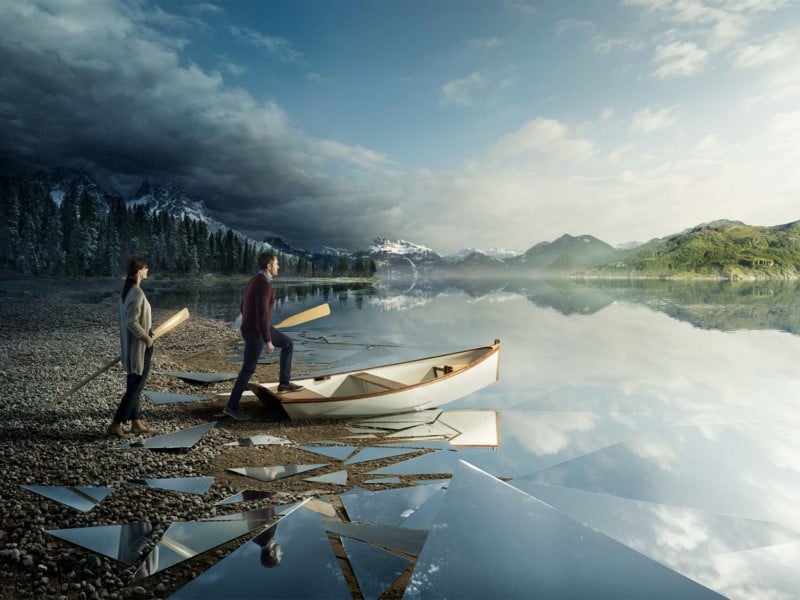 But it’s the way these images were created that is truly captivating. In this behind the scenes video, the detailed process Johansson went through is clear.

For the first image, they begin by creating a physical room in the studio, with the opening into the painted scene being cut carefully from the stage.

Johansson himself heads outdoors to capture the sky for real, and later adds this into the studio-shot image to bring life to the ‘window’ in the wall of the room.

A similar process is undertaken for the second image, creating the scene inside the studio with a mixture of props, careful attention to detail, and a real image from the outdoors to pull it all together.