Swedish photographer and retouch artist Erik Johansson creates amazing photo manipulations — in fact, we’ve actually featured his work before. This, however, is the first time we’ve had the opportunity to get a behind-the-scenes look at how these manipulations come together.

In the video above he gives us a glimpse at how he created the manipulation Drifting Away, all the way from the first sketch to the final 123-layer manipulation. 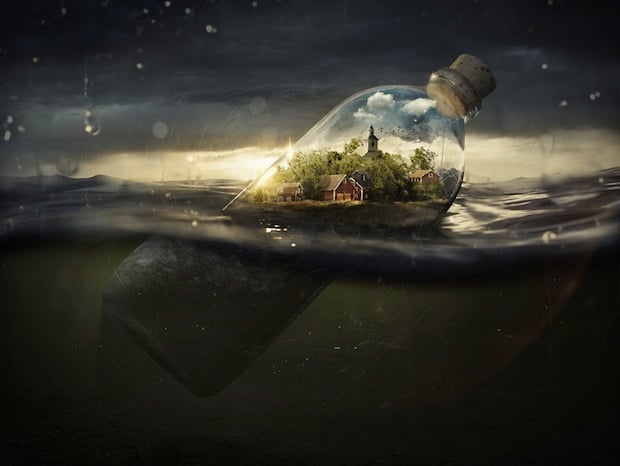 It’s awesome to see how a master like Johansson creates something like this from start to finish. Although we’ve seen more complicated composites, those were created using photos others had taken, and often involved some non-photographical elements as well.

By comparison, each of Johansson’s creations is composed entirely of photos he took himself — every part of the final illustration comes from inside his camera.

You can see a lot more of Johansson’s impressive work by heading over to his website. And if you want to learn more from the man himself, be sure to watch the TED talk he gave back in February of 2012.

Slow-Motion Photo Booths: The Next Big Thing in Wedding Photography?