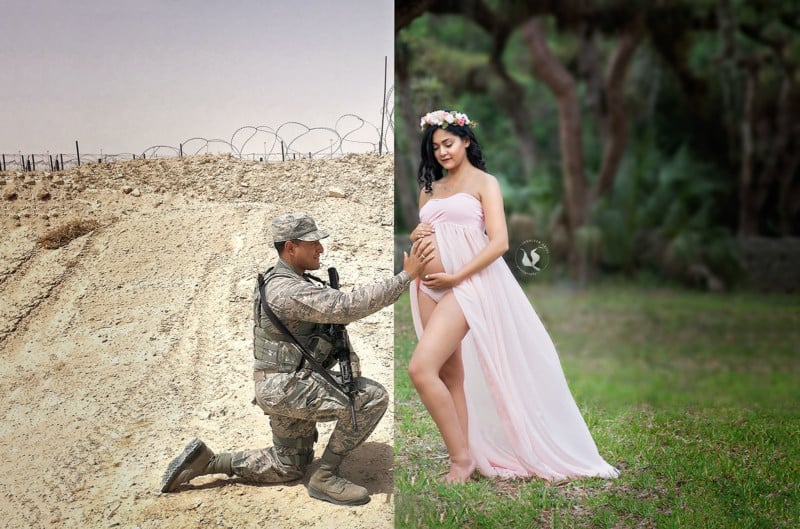 Photographer Jennifer McMahon has created a viral maternity photo that’s tugging at heartstrings around the world: it shows expecting mother Veronica Phillips next to her husband Brandon, a member of the U.S. Air Force who has been deployed overseas for nearly all of Veronica’s pregnancy.

McMahon, of Jennifer Ariel Photography, was approached by Veronica with a photo of Brandon kneeling in the desert with an outstretched hand. The couple wanted a photo that brought them together in a maternity portrait, despite them being physically separated by thousands of miles.

So, McMahon did a photo shoot with Veronica last month, having her pose in a way that could be combined with Brandon’s desert photo in a touching way (no pun intended). The resulting image shows Brandon reaching out and feeling the 29-year-old expectant mother’s pregnant belly and their unborn son Landon.

“This mommy was so sweet, and her story touched my heart,” McMahon writes after sharing the photo on Facebook and Instagram. “Her husband is thousands of miles away serving our country. He is missing his beautiful wife’s pregnancy, and will be missing the birth of his baby.”

“Thank you to our military for sacrificing for our country.”

(via Jennifer McMahon via HuffPo)

Hands On With the New DJI Spark