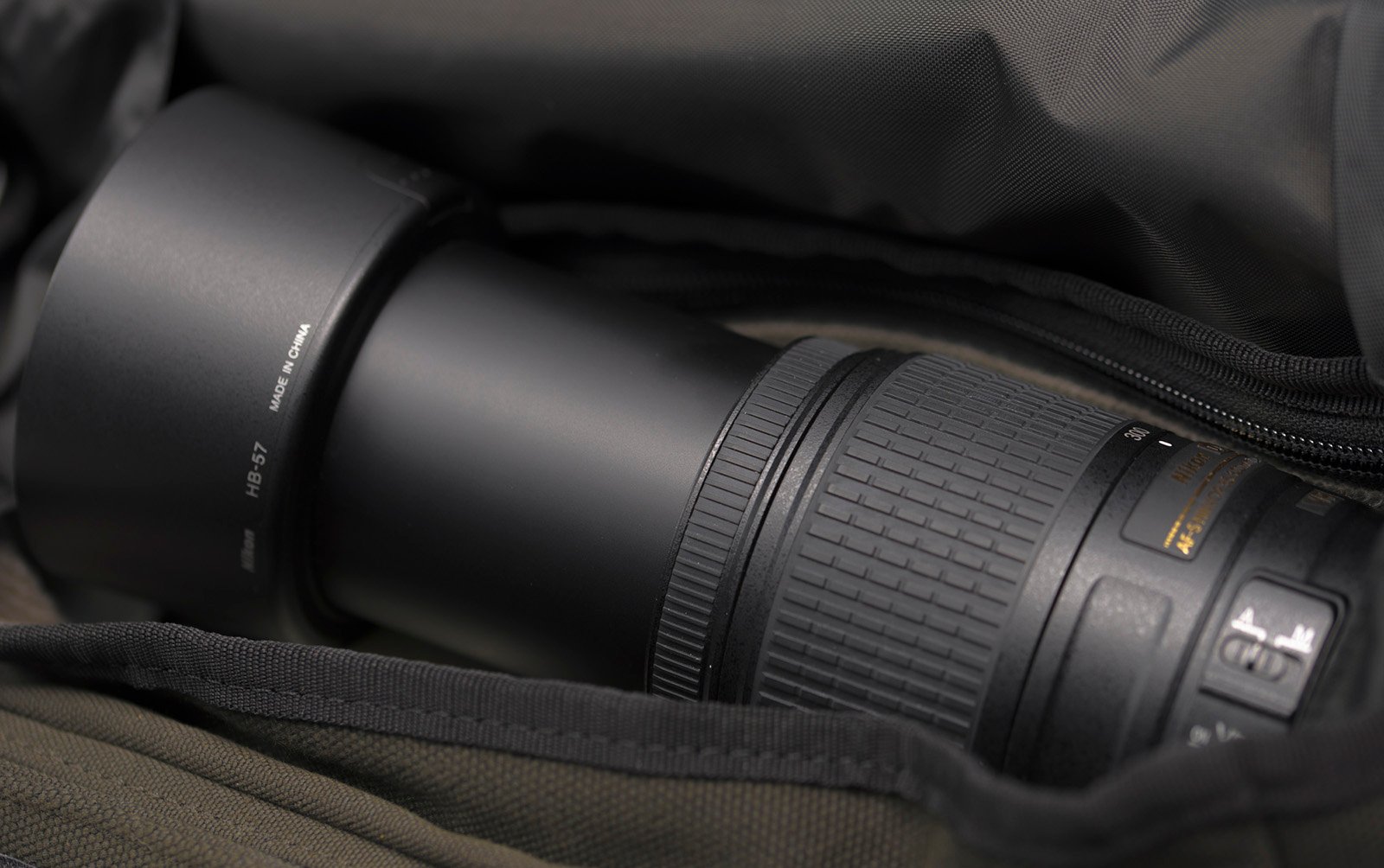 The question of zoom lenses versus prime lenses is an endless debate in photography, and one that has never really been definitively resolved. Essentially, the whole thing boils down to what’s more important: image quality, or versatility.

Recently, image quality has been trending as the most popular aspect of photography. With Sigma releasing their phenomenally sharp Art series of lenses, and camera companies producing 36, 42, and even 50 megapixel camera bodies, there’s never been more options for getting spectacularly detailed photos.

Of course, if you have such a high resolution body, you want to make the most of it. Generally, this means using a prime lens. Since prime lenses only need to be optimized for one focal length, they’re much simpler to design and thus are almost always sharper than similarly priced zoom lenses.

However, there is a price to pay, and it’s a price many photographers overlook in their quest to eke out every bit of sharpness from their shots. The fact is, you need to be able to get the shot in the first place.

A prime lens is only useful as long as you can properly frame the subject—as soon as they get too close, or too far, that prime lens is useless.

Take the following photo as an example: 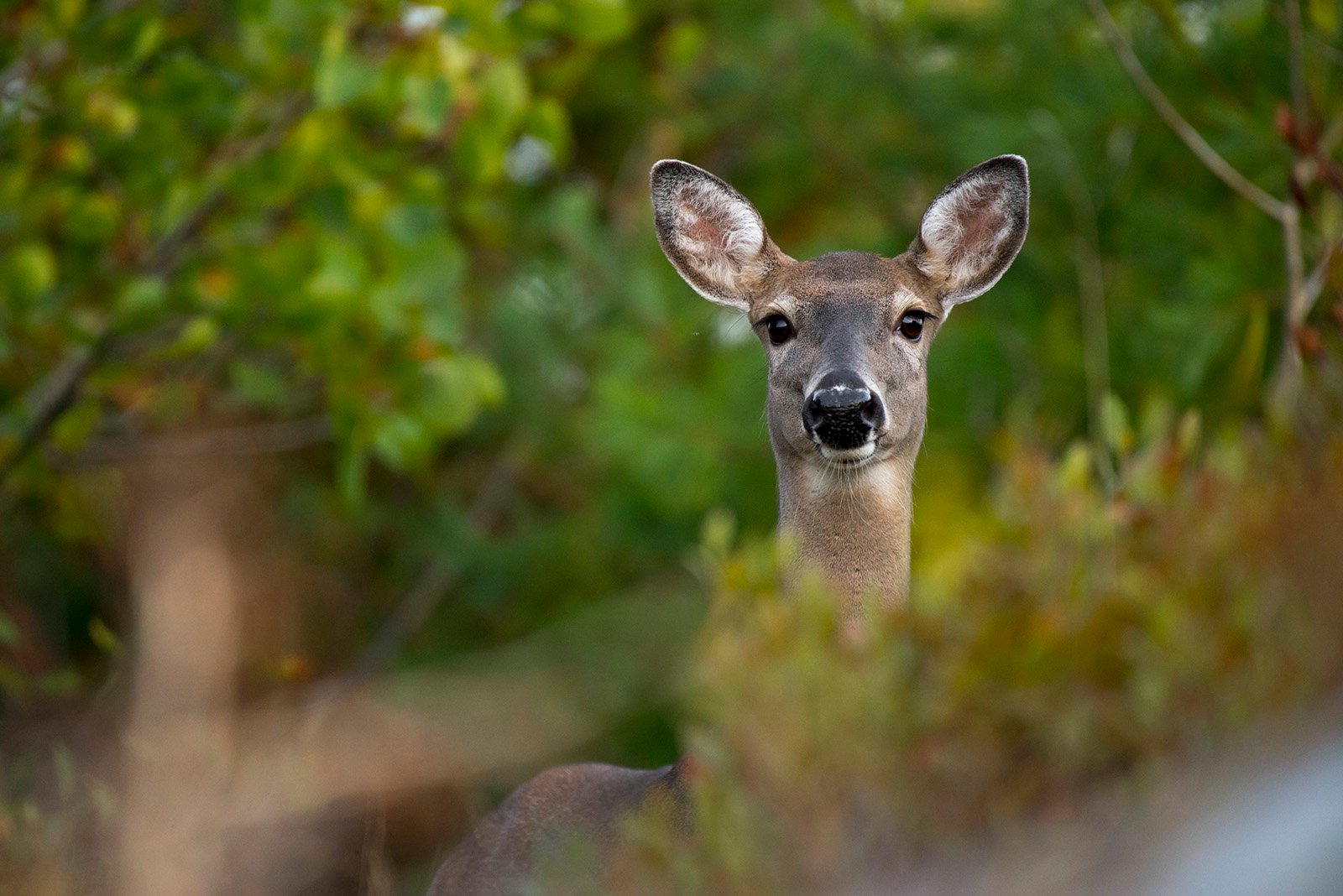 At 500mm, I’m at the far end of my 200-500mm lens, and it’s giving me a very nice field of view for this deer. For this particular shot, a 500mm f/4 prime would have given me more sharpness, faster autofocus, and better bokeh. So primes are better, right?

Not so fast! Look at what happens when we run into something unexpected—a second deer: 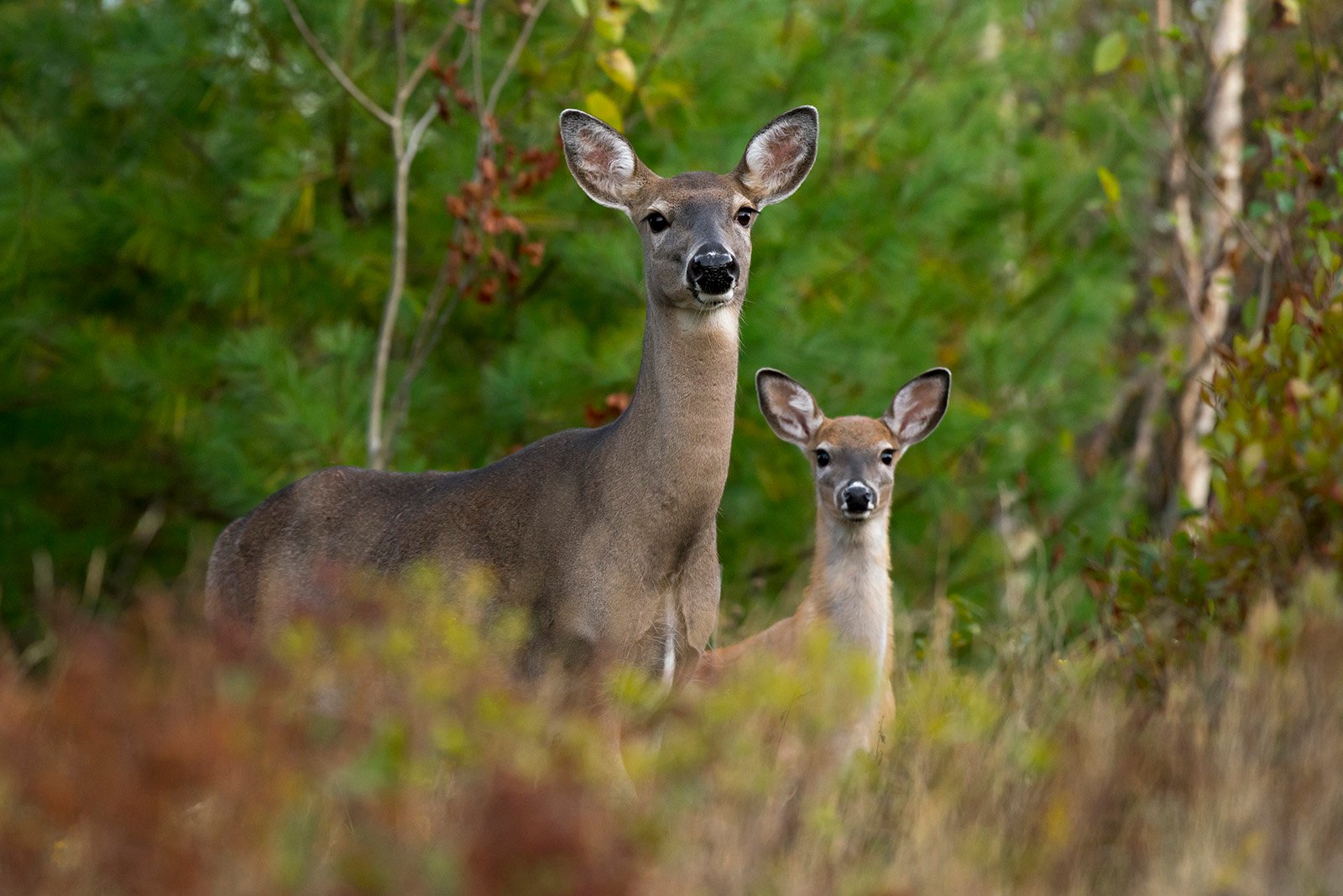 Suddenly 500mm is too long, and I have to zoom out to 320mm to get a better perspective. Of course, you can “zoom with your feet” and move backwards with a prime lens, but in this scenario I was on a sidewalk with a road right behind me.

This isn’t unusual—zooming with your feet sounds great in theory, but often our environment conspires to prevent it. Hence, I’d have needed to change lenses, and risked missing an important moment.

There’s perhaps no field where this is more applicable than sports. When you’re shooting a game, there’s no time to change lenses, and no way to move closer or farther from your subjects. Shooting a few football games with the Nikon 200-500 showed me that while most of my shots were from 300mm to 400mm, around 25% were at 500mm and roughly 10% were from 200mm-300mm.

To cover that range with primes you’d need two or three lenses, and you’d have to crop many of your shots, reducing the image quality advantage primes have. Plus it’s faster to zoom than it is to switch cameras (and if you don’t have multiple camera bodies and actually have to remove a lens and put another on, that’s even worse). 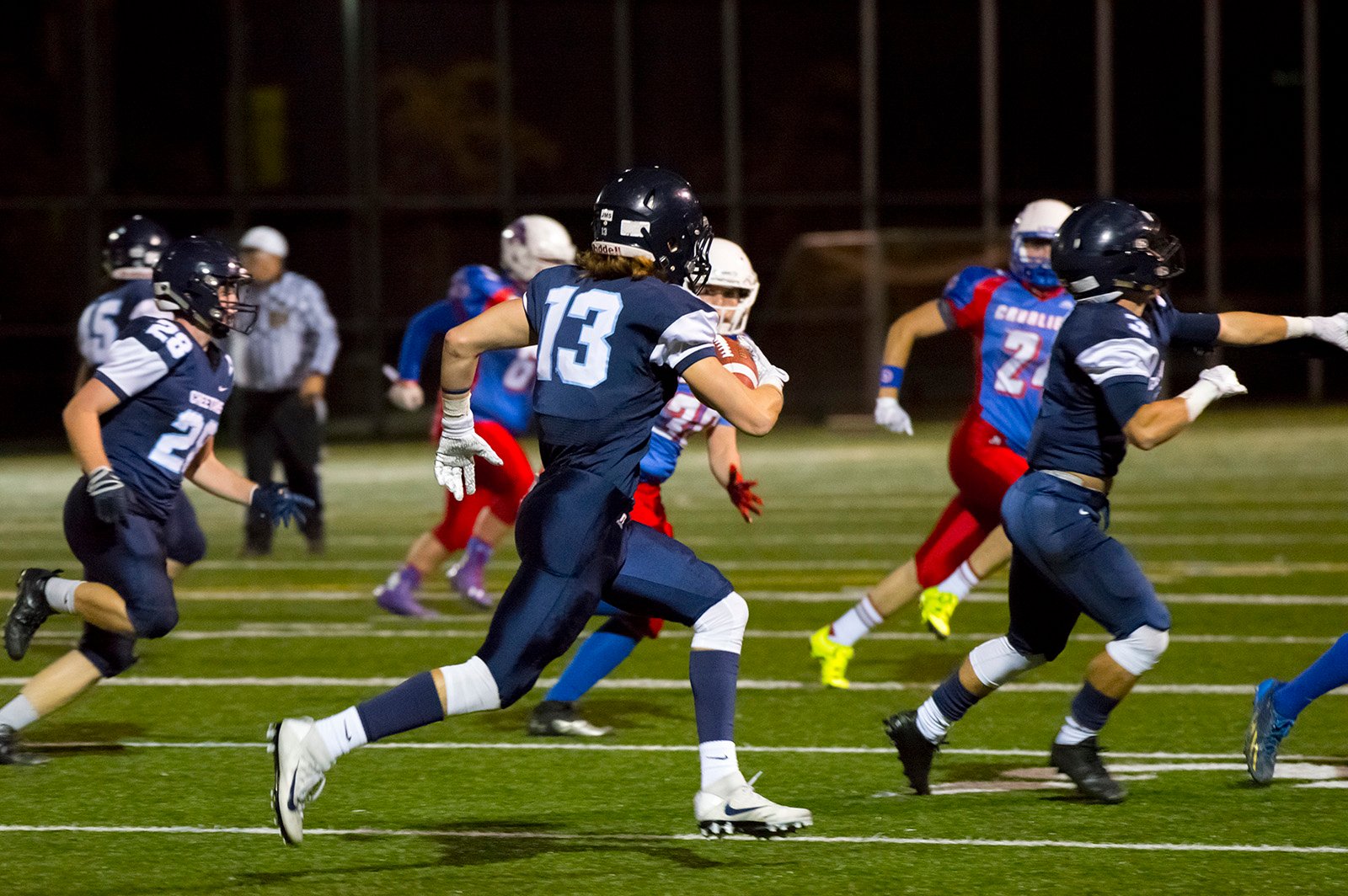 For this reason, lenses like the 200-400mm f/4 dominate sports photography. Despite 300mm and 400mm f/2.8 lenses being faster, sharper, and generally better in every way, they just don’t provide the flexibility necessary to fully cover a sports game.

Cropping only gets you so far, and there’s no way to get a wider shot with a prime. So you have to choose between if you want the best possible quality at the expense of some photo opportunities, or more opportunities to capture great shots but slightly lower quality on all of them.

Now, I’ve been talking about some pretty good zoom lenses. The Nikon 200-500 certainly isn’t as sharp as the primes, but it’s very, very good. 200-400mm lenses are quite good as well, for the most part. With lenses like that, it’s not hard to get images that are satisfactory. But what about lenses that aren’t quite so well regarded?

During a trip to the Scottish Highlands, I took along the Sigma 12-24 DG II—yep that’s the version prior to the Art version. Not a terrible lens by any stretch, and actually quite good at 12mm, but at 24mm no one would call it sharp. And even at 12mm, it’s nowhere near the 200-500mm. There are a variety of sharper prime lenses covering parts of that focal range, but the Sigma made it into my bag. 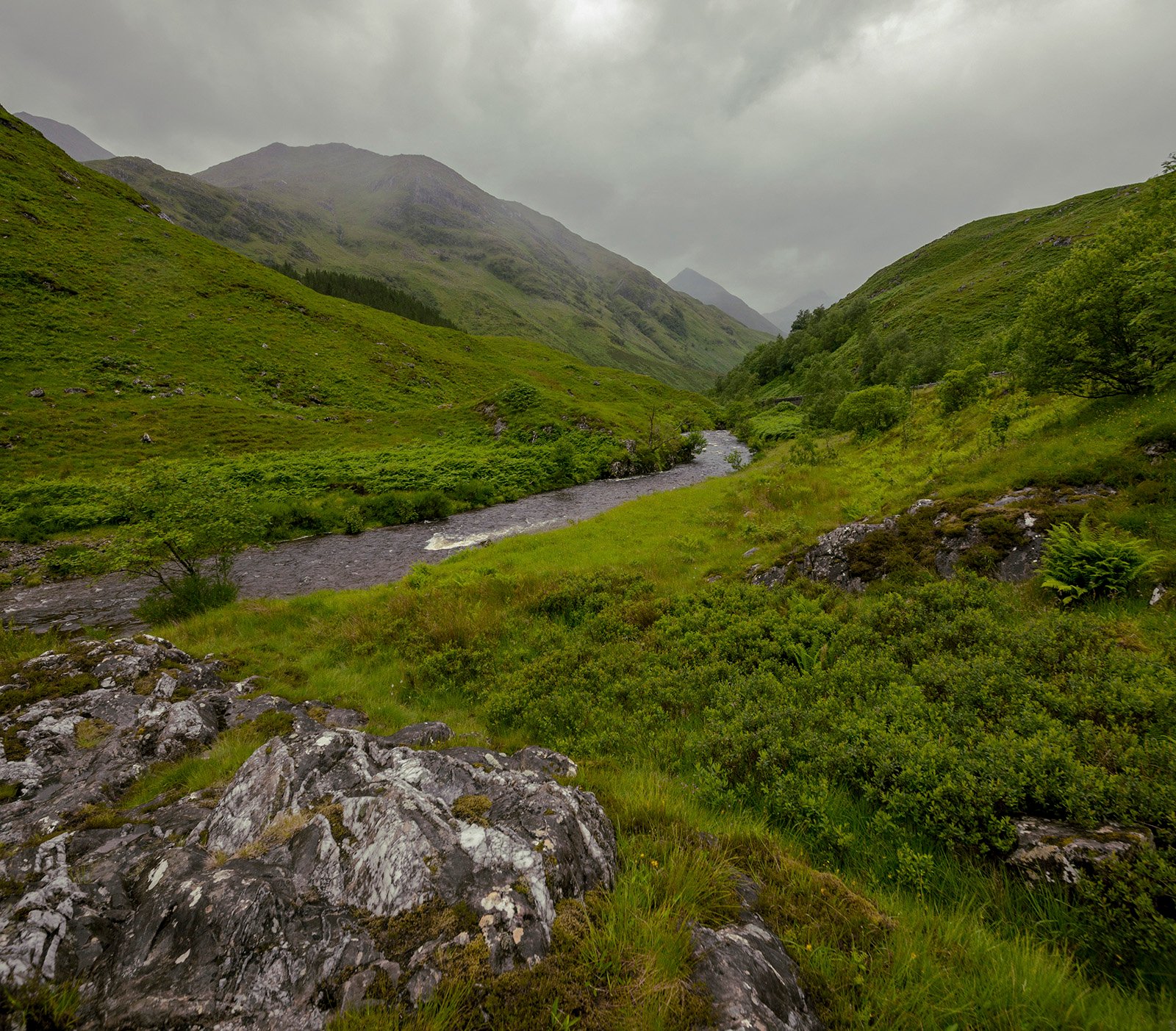 In typical Scottish fashion it’s a nice dreary day, and with the wind and motion in the water it would be difficult to get a good panorama of this. But thanks to having 12mm available, the scene was able to fit in a single exposure.

You’d think that with the sweeping landscapes of Scotland you’d be content with a 12mm prime, but I actually ended up shooting at 24mm at least as often. For example, in this photo of Eileen Donan castle the castle would have appeared pathetically small at 12mm. Zooming in to 24mm was the only way to capture a shot that worked (and even then, I wouldn’t have minded a little more reach). 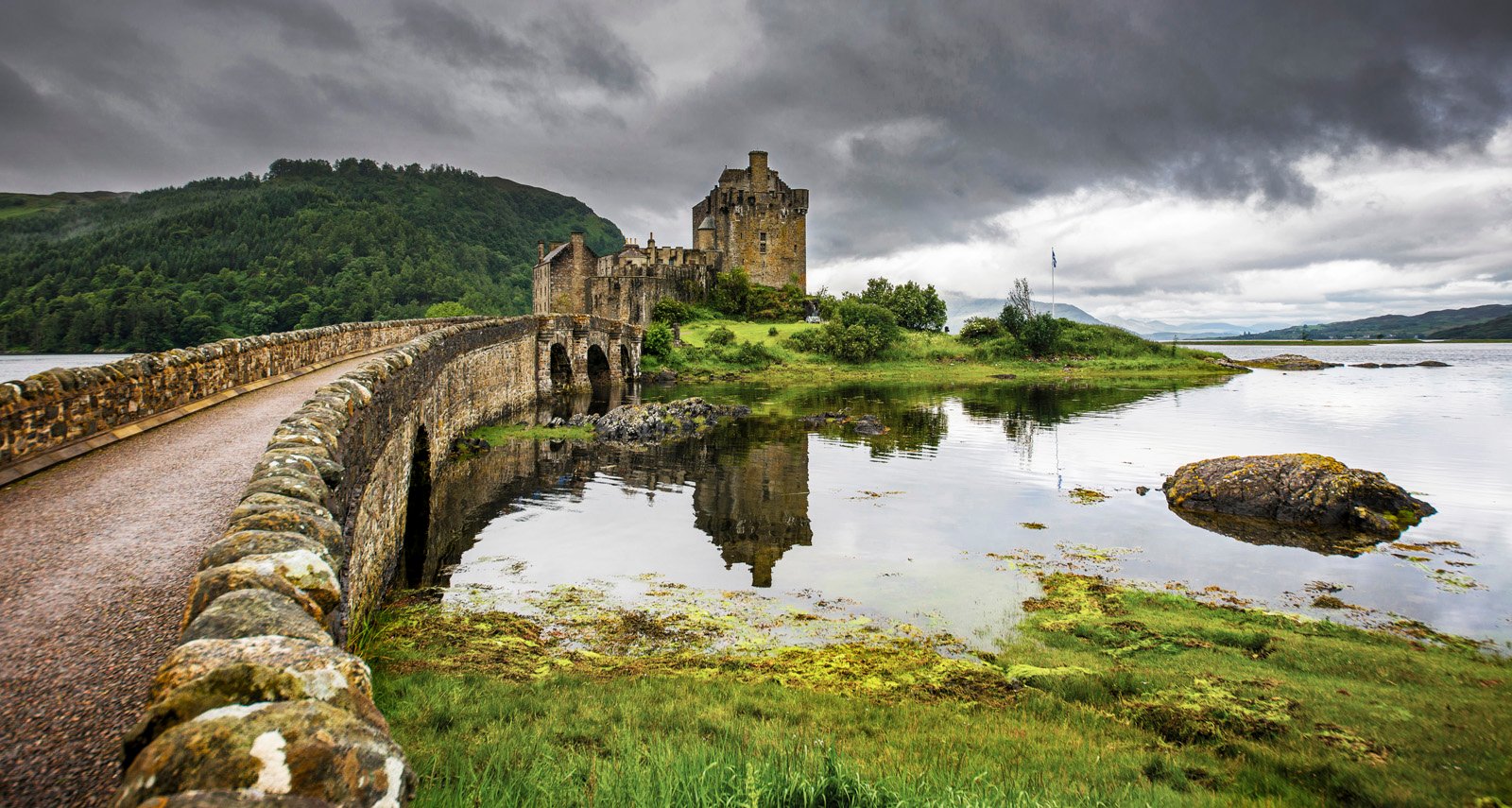 While you could bring a few primes and get better shots than I did, keep in mind that you have to fit everything in your luggage, and then trek around the Highlands with it. And I’d brought two other lenses as well with longer focal lengths for shooting Edinburgh city, so the weight and size really does start to add up.

Packing a single zoom lens might be compromising image quality, but it’s certainly a practical choice when it comes to travel photography.

To conclude, prime lenses are fantastic tools that can create magic in the right hands. But that doesn’t mean they’re the best tool for every situation, and in many cases a zoom lens will let us capture more interesting moments, despite lower quality. for those times when you need a truly spectacular image, pull out the primes and unleash their pure optical power—just don’t forget about the lowly zoom lens.

That zoom lens has your back when things get unpredictable, ready for anything you throw at it.

About the author: Lauchlan Toal is a food photographer and writer based in Nova Scotia. The opinions expressed in this post are solely those of its author. You can get Lauchlan’s free guide to learning photography from his new site on creative photography. You can also connect with Toal and see more of his work on his website and Twitter.

A Digital Photographer Tries Large Format for the First Time