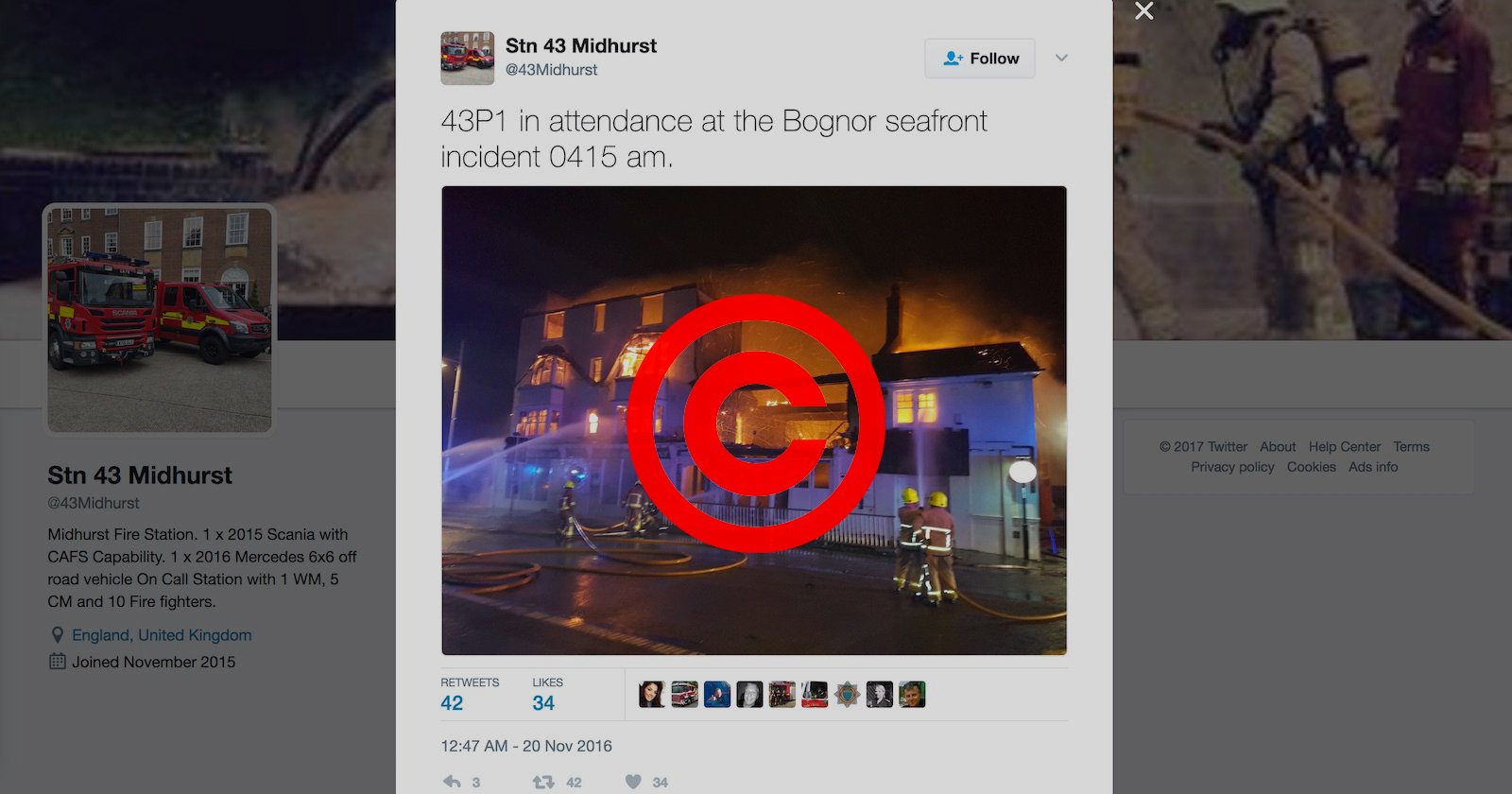 Is it copyright infringement if someone embeds your tweeted photo into a news article? One UK photographer says “yes,” and he’s taking news company Sky News to court over it in a case photographers should be watching closely.


Veteran freelance photographer Eddie Mitchell is suing Sky News for embedding a tweet that contained one of his photos into a news article on their website. The photo was originally shared with permission in a tweet by Fire Station 43 in Midhurst‏. But when Sky News and other publications stumbled across the tweet, they chose to embed it instead of asking for permission or even finding out who took the shot.

The tweet has since been removed from the article in question, but that’s not enough in Mitchell’s eyes. According to the Press Gazette, he asked Sky News to pay for the use, and when the broadcaster said no, he decided to take them to Worthing County Court.

“I attend breaking news stories across the county of Sussex as my role as a full time bonafide news-gatherer,” he wrote in a letter to the court. “In this case one of the firefighters asked if he could tweet a picture of mine I said yes, he did, and this is the picture that Sky News embedded on their website, for their own gain, in respect of web hits.”

For their part, Sky News pleads respectful ignorance, telling Mitchell, “An official Twitter feed of an emergency service put out a picture on the premise that it was theirs. When you kindly informed us that it was not the case, and the picture in fact belonged to you—it was removed with immediate effect […] embedding of a link to the tweet does not constitute an infringement of your rights.”

This might seem like a minor case, but there’s an important legal question being asked here: “Does embedding equal infringement?” The magnitude of this question for major news publications—who sometimes use this copyright “loophole” to help illustrate breaking news articles—can’t be overstated.

This case, with the Fire Department as the middle man, probably won’t answer that question definitively, but it does put a version of it in front of a judge… and possibly opens the door for other slighted photographers to walk through. The age of free news photos via Twitter and Instagram embed may be coming to an end.