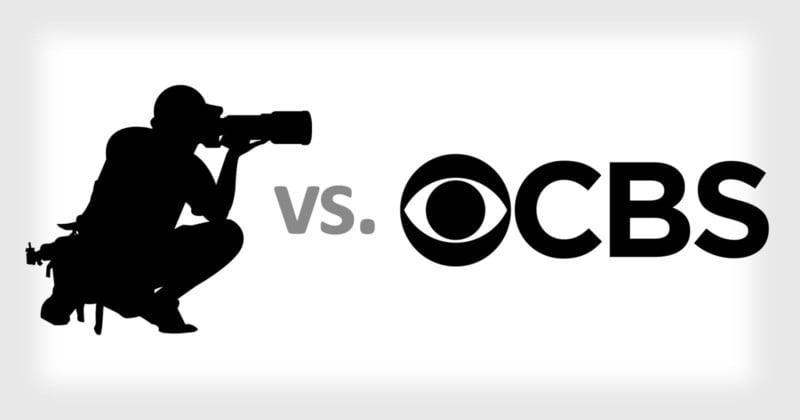 There’s a strange legal battle going on right now between a photographer and a giant online media company. After being sued by the photographer for infringing on his photo copyrights, CBS has responded by filing its own copyright infringement lawsuit against the photographer… for sharing 59-year-old TV show still frames on social media.

TorrentFreak reports that the whole dispute started when New York-based photographer Jon Tannen filed a lawsuit earlier this year, accusing CBS Interactive of using his copyrighted photos in an article on 247 Sports without his permission.

The article, which was published in January 2017, was about a star football player from the Bronx that Tannen had photographed in 2016. Tannen’s photos were used to illustrate the story about the athlete without permission — they’ve since been taken down — so Tannen sued CBS in February 2017, demanding $150,000 for each infringed photo.

According to Tannen’s Tweet history, this is the second time the photographer has accused 247 Sports senior writer Alex Gleitman of misusing his photos in articles. 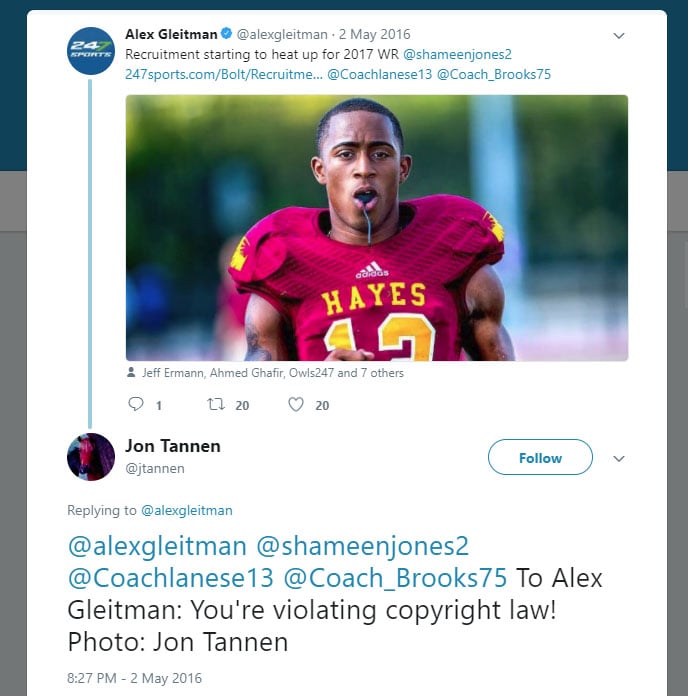 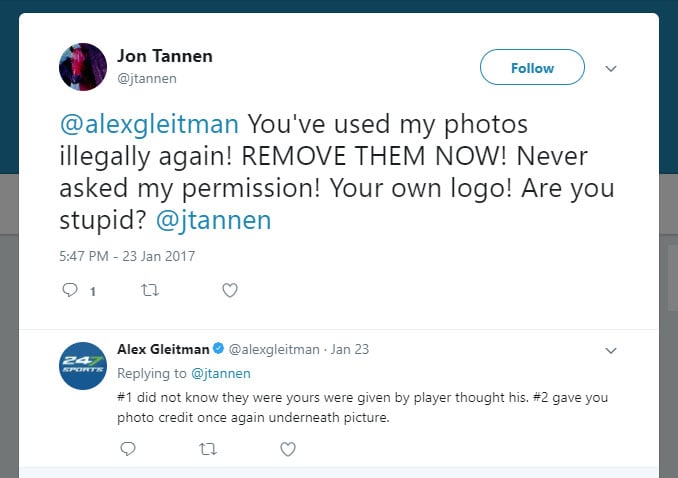 “You’ve used my photos illegally again!” Tannen Tweeted at Gleitman after seeing the article in January. “REMOVE THEM NOW! Never asked my permission! Your own logo! Are you stupid?”

Gleitman responded by saying that he thought the photos were the player’s and that he had given Tannen photo credit.

“#1 did not know they were yours were given by player thought his,” Gleitman Tweeted. “#2 gave you photo credit once again underneath picture.”

After being slapped with Tannen’s lawsuit, CBS decided to respond in a rather unusual way: the company has filed its own copyright infringement lawsuit against Tannen, accusing the photographer of posting screenshots from a 1958 TV series (Gunsmoke) on his social media accounts.

CBS Broadcasting is seeking $150,000 from Tannen for willful infringement of copyright. In its suit, CBS accuses Tannen of being a hypocrite by suing CBS for infringement while himself using a copyrighted still frame without permission.

“This copyright infringement action arises out of Defendant’s unauthorized use of Plaintiff’s valuable intellectual property,” the lawsuit reads. “Tannen hypocritically engaged in this act of infringement while simultaneously bringing suit against Plaintiff’s sister company, CBS Interactive Inc., claiming it had violated his own copyright.

While sharing screenshots of TV episodes and movies is commonplace on the Internet these days, doing so could technically be considered copyright infringement unless there’s a valid argument for fair use. This is what CBS is trying to capitalize on in its revenge lawsuit, apparently in hopes of reducing its own liability for infringing on Tannen’s work.

“Without any license or authorization from Plaintiff, Defendant has copied and published via social media platforms images copied from the ‘Dooley Surrenders’ episode of GUNSMOKE […] infringement of Plaintiff’s copyright is willful within the meaning of the Copyright Act.”

Still, journalists are balking at the fact that CBS is choosing to sue the photographer for something that is widely considered “fair use” by Internet publishers these days.

“The lawsuit is striking, because using still images from television shows online is so commonplace in a variety of contexts and is often considered fair use,” Ars Technica writes. “Cultural critics and news writers illustrate their writing with such images. So do non-professionals who are commenting or discussing video works on blogs or social media.”