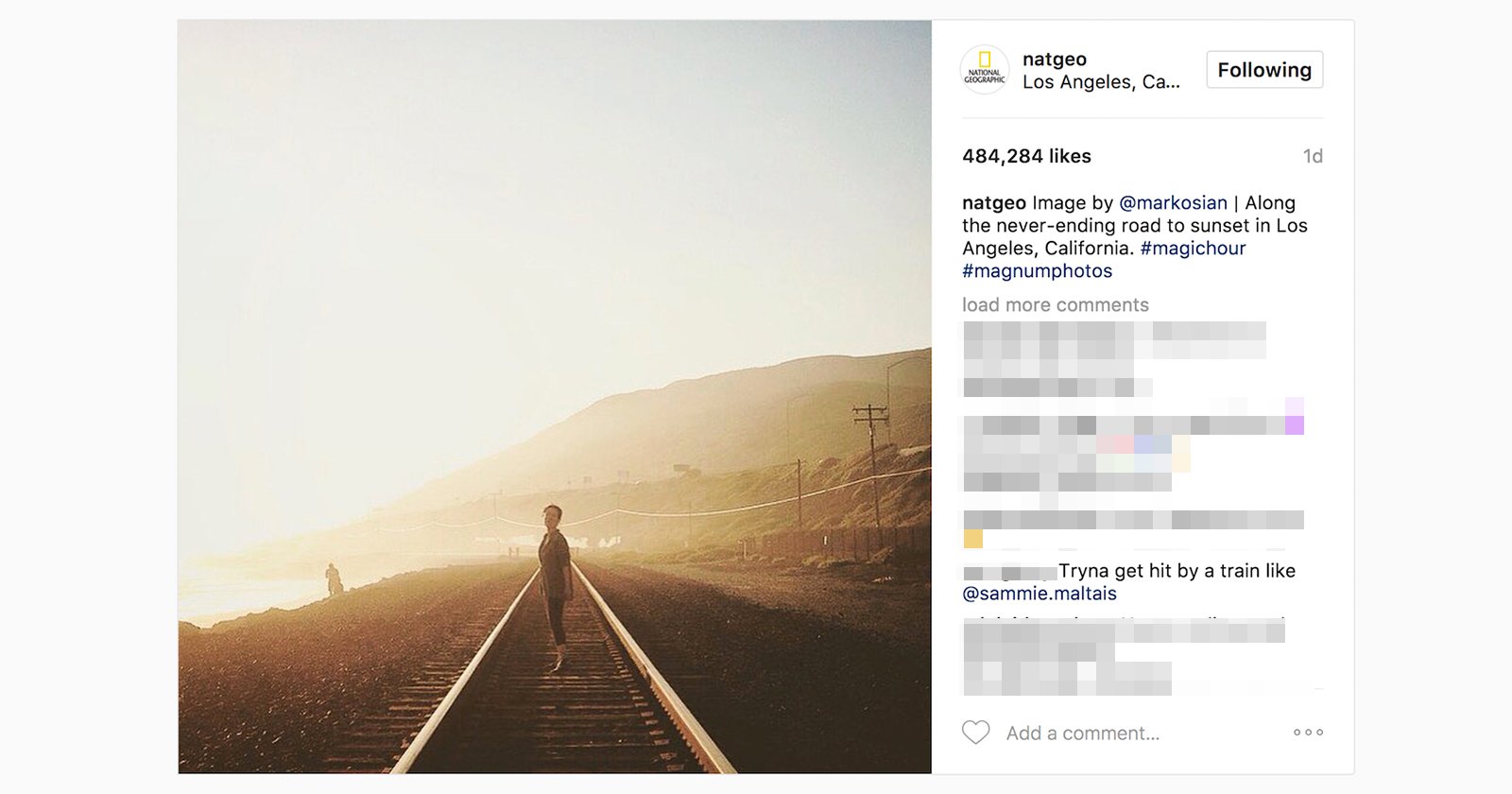 National Geographic is being heavily criticized by photographers across the globe for posting a train track portrait on their 74.9 million follower Instagram account. This, less than a month after the last widely-reported train track photoshoot death took over the headlines.

The photo was posted to the main @natgeo account yesterday, and since then photographers have been reaching out to PetaPixel to point it out, and venting their ire in the photo’s comments.

Train track photography is incredibly dangerous—as this TODAY Show segment clearly demonstrated—and photographers are upset that a photographic institution like National Geographic would offer a tacit approval of this type of photography by leaving out any sort of warnings, or even confirming that the photograph was taken legally on train tracks that were not active.

Here are just a few of the comments criticizing the photograph, which is up to over 484,000 likes as of this writing:

Unfortunately, these appropriately critical comments are interspersed among a large number of positive comments praising the photo and the photographer, which might explain why the photograph is still up and garnering likes.

We’ve reached out to National Geographic for comment, and will update this post as soon as we hear back.

Dad Photoshops Baby Into Dangerous Situations to Freak Out Relatives

Lensbaby Edge 50 Optic: This Is Not A Review