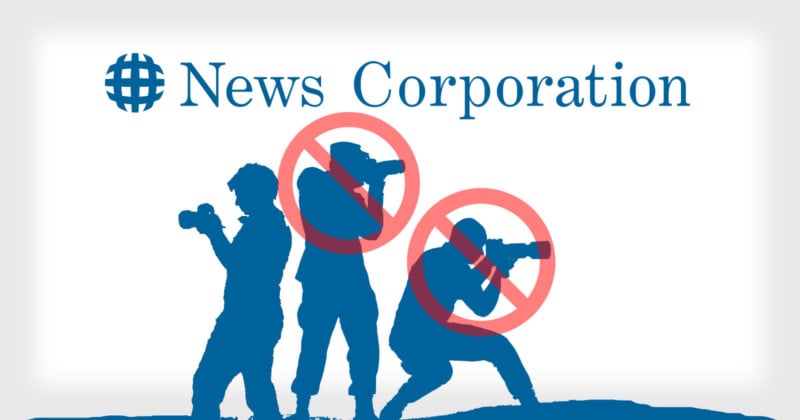 Sad news in the photo industry today: Australia’s biggest newspaper company, News Corp, has announced that it will be gutting its photography departments at newspapers across the country, axing most of its staff photographer and subeditor positions in an effort to cut costs.

The Sydney Morning Herald reports that up to 40 photography positions may be slashed in Melbourne alone, with similarly deep cuts across the board at other News Corp publications. In some cities, up to 2/3 of the photo positions are set to be cut.

Affected are some of Australia’s biggest publications, including the Daily Telegraph, Herald Sun, The Australian and Courier Mail.

Some staff photographers may be rehired back as freelance shooters, while other photographic needs will presumably be met with images from photographers working for agencies such as Getty Images. News Corp says this is the new “hybrid model, consisting of a core team of photographic specialists, complemented by freelance and agency talent.”

This hybrid model is already being used by News Corp rival Fairfax Media, which is also slashing photography jobs in an effort to reduce expenses.

This restructuring of the traditional newsroom was necessary to “preserve in print and excel in digital,” News Corp director of editorial management Campbell Reid tells The Guardian. “Our core franchise is journalism and we will always protect and preserve that. These changes do not diminish our commitment to quality nor our faith in the long-term future of all our publishing platforms.”

One union, the Media, Entertainment and Arts Alliance (MEAA), is speaking out against the widespread photo cuts.

“Cutting the very staff who tell the stories of our society’s marginalised and vulnerable – particularly those photojournalists who create the images we, as audiences, rely on to cut to the heart of an issue in a powerful, compelling and instantaneous way – has proved an ultimately futile stop-gap measure for news companies,” an MEAA spokesperson says.

News Corp hasn’t revealed the exact number of photographers who will be laid off or how much in savings it expects from the move, but the company posted a quarterly loss of AUD$287 million back in February 2017.