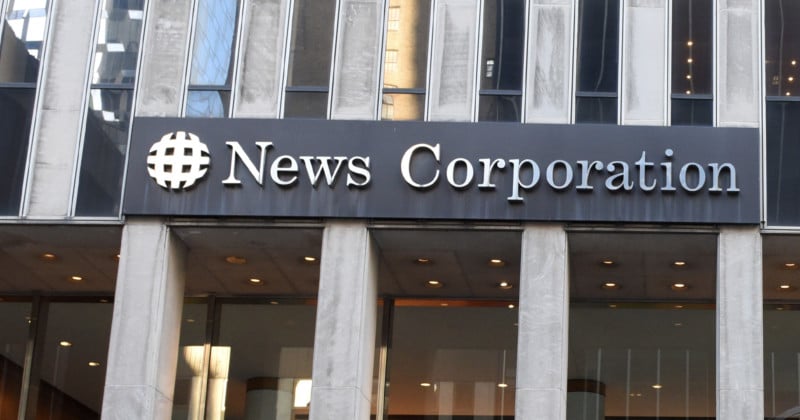 News Corp Australia has reportedly laid off the last of its staff photographers and converted fully to using freelancers according to a new report. The last eight photographers were informed last week that their positions were being made redundant.

Update 5/20/2021: A News Corp representative tells PetaPixel that the organization still employs full-time photographers. The Guardian updated its story to reflect this. When PetaPixel asked how many and which outlets these photographers work for and for how long they would continue to be full-time employees, News Corp declined to say.

According to The Guardian, the Rupert Murdoch-owned publication giant called the last photographers who worked for the Geelong Advertiser, the NT News, the Hobart Mercury, Townsville Bulletin, the Gold Coast Bulletin, and the Cairns Post into a management meeting and were told them that they would be replaced by freelancers.

The report also states that those eight staff members — the last of a full-time staff that once numbered over 100 — were given the opportunity to purchase their staff photography equipment at discounted prices and come back as outsourced, freelance labor.

News Corp has been moving towards a freelancer model when it comes to photography for several years. Last year, the company let its chief photographer Gary Ramage go, and in November it cut 16 photography positions out of 25 total jobs it eliminated.

“This completes our rollout of the freelance model for our photography and the way it’s commissioned,” a News Corp spokesperson said to The Guardian.

News Corp operates a huge number of newspapers ranging from local papers to national publications in Australia including The Australian, News.Com.Au, The Daily Telegraph, and the Herald Sun. With this transition, none of its 142 properties will employ a full-time photographer.

In late April, News Corp Australia merged more than 20 regional newspapers with capital city brands. This move followed the company’s decision to stop printing 112 newspapers last year where it closed 36 entirely and moved the remaining 76 to digital-only operations. That said, The Sunshine Coast Daily and Mackay’s Daily Mercury are trying a return to print in a trial phase.

“Over the past month, the websites of many of our regional mastheads have been combined with our state mastheads in NSW and Queensland,” a News Corp spokesperson said.

The resulting changes have boded well for News Corp’s bottom line. According to The Guardian, the company posted a “good set of numbers” at its quarterly earnings call in New York last week. The company plans to create another 100 roles this year, although 50 of them would involve moving existing staff to newly-created positions in data, audio, visual, and video departments.