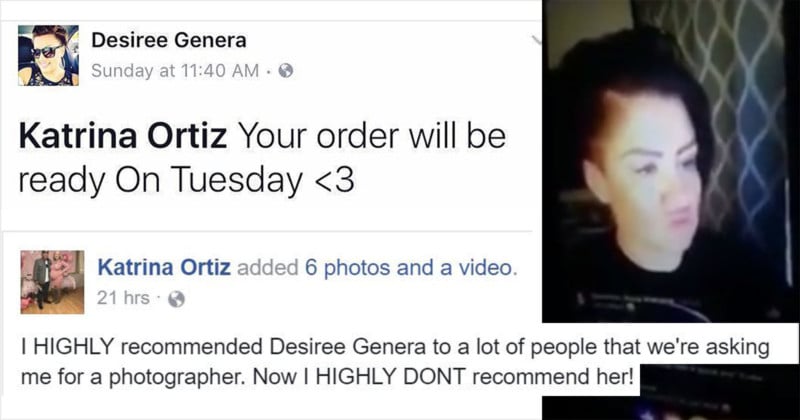 On Wednesday night, a developing story kept popping up on my feed featuring Katrina Ortiz (a photo client) and Desiree Genera (a photographer). Initially, Katrina posted positive feedback regarding her hired photographer after receiving an edited image in digital format.

Like most clients excited about their most recent professional photography session, she made it her profile picture and couldn’t wait to see the rest. 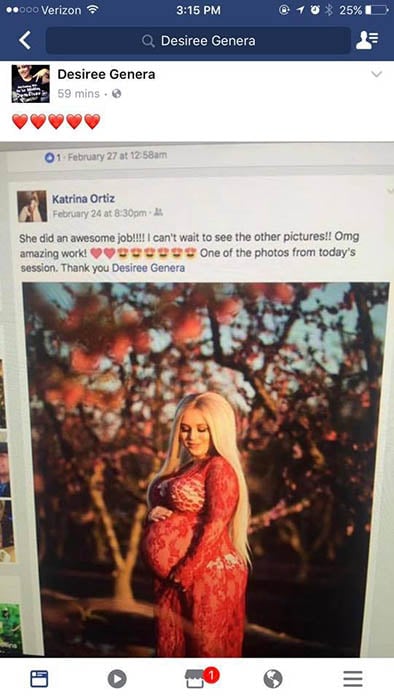 Desiree had posted on Facebook that the rest of Katrina’s maternity session would be complete and available for viewing on Tuesday (3/14/17), 2 weeks ahead of the photographer’s initially-stated timeline. 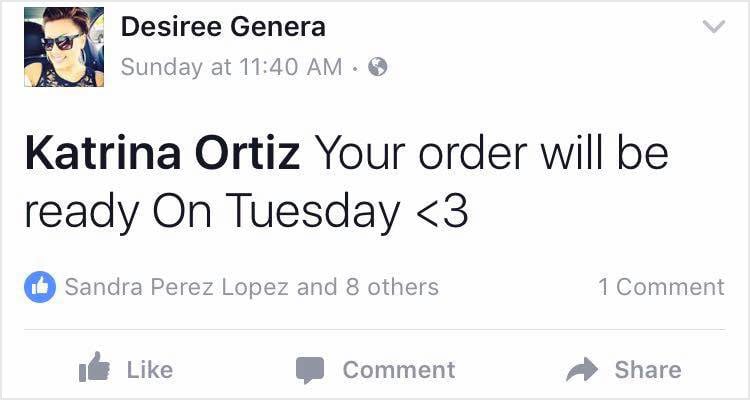 At 9 p.m. on Tuesday, Katrina checked in via Facebook messenger to see if her photos were complete. 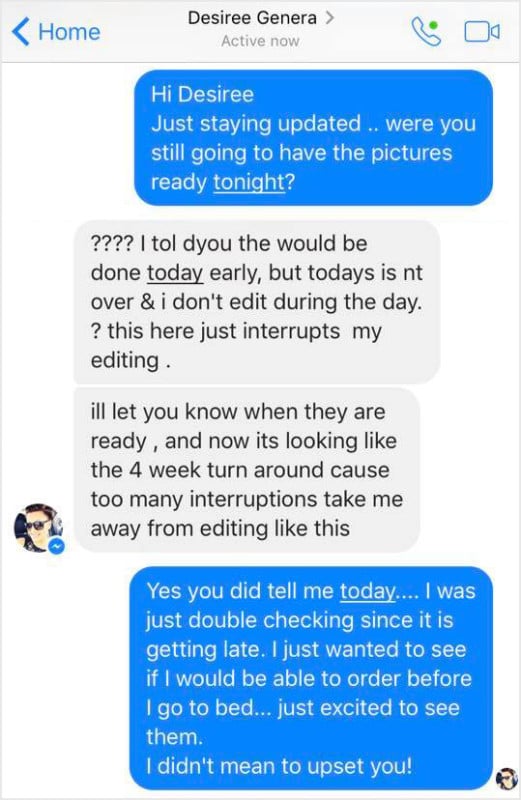 Clearly, from the exchange, Desiree was not happy to be interrupted while trying to do the editing. For her, this meant Katrina would now have to wait the full 4 week turnaround time instead of receiving them 2 weeks early.

Despite this news, Katrina politely backed off and apologized for the interruption. Katrina thought it was over until just a short while later she noticed she was a topic of discussion on Desiree’s personal Facebook page.

Desiree was openly discussing the altercation with her audience and even went live on Facebook, expressing her annoyance with the interruption. In these live videos, Desiree described the need to fix her client’s wig, stretch marks, fat, cellulite, etc. You can view the videos below (warning: there is plenty of foul language):

After seeing this happen right on her own news feed, Katrina’s opinion of the quality of service offered by Desiree changed. She began recording the live videos and sharing them on her page, as well as explaining to her friends what took place. 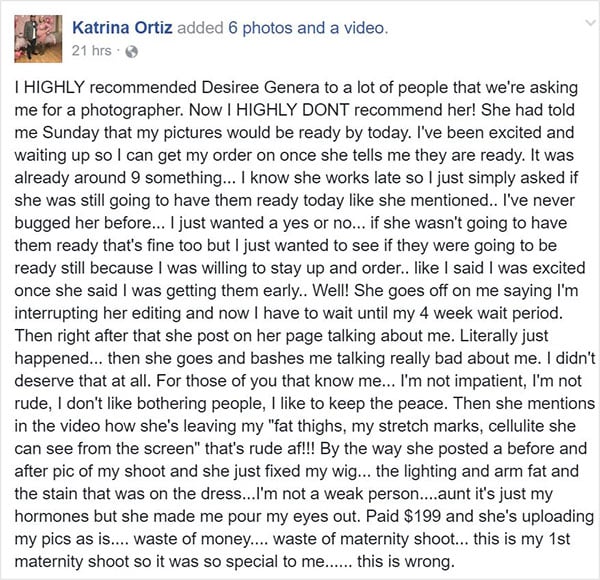 The story then quickly spread across Facebook. Some people expressed sympathy and suggestions to Katrina given the rudeness she had to endure, others began attacking Desiree’s photography business.

Desiree seemed to welcome the traffic, spending the day uploading new videos, as well as sharing old ones related to her business. Perhaps she was holding on to the adage, “all press is good press” because, despite the incoming negativity, her videos and posts were racking up views and interactions.

She went as far as to suggest that she would soon be “cashing in” on all the viral attention. 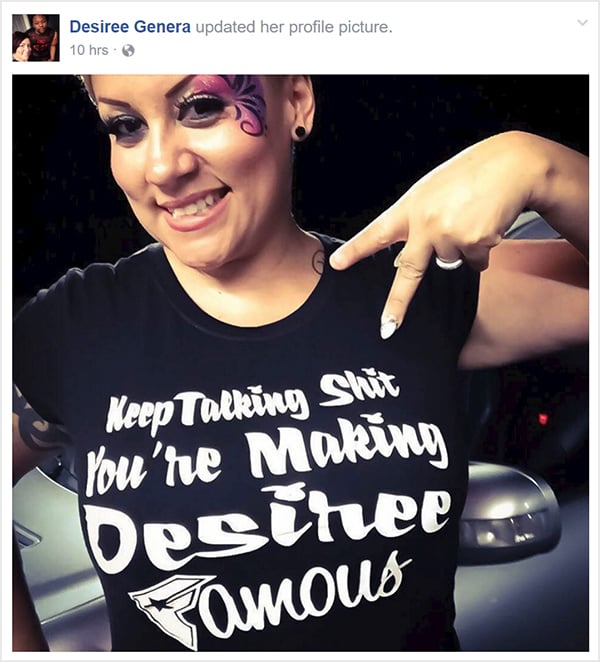 Katrina then requested on her Facebook for those following the story to report the images on Desiree’s page to get them taken down.

Many went a step further, leaving nasty messages, comments, and negative reviews on her brand’s marketing accounts. Others were tagging local and national news outlets in an attempt to bring an even bigger spotlight on the story. 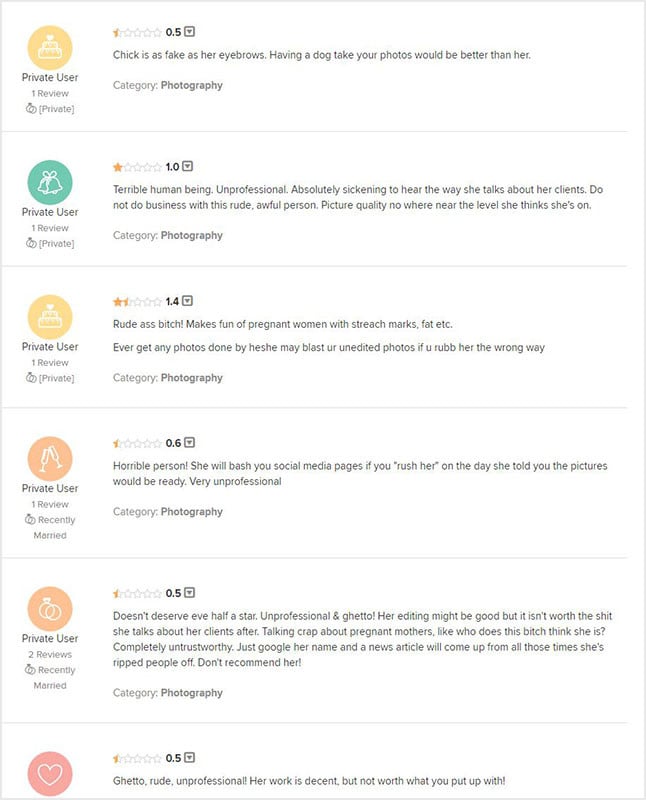 Now, I didn’t bring this story up to tell you that it’s not a good idea to conduct business in this manner — if you were considering doing so there probably isn’t much hope for your business’s future. However, I found so many things in this story that have huge implications on our industry.

Whether you are deciding to go live on Facebook, or determining if you need 2 separate Instagram accounts for the various aspects of your life, it’s always worth considering your audience.

Most importantly, who you choose to discuss the quirky and infuriating intimacies of our industry with can always come back to bite you in the butt. This is most dangerous on social media, where…

#2. More than Just Your Friends are Watching

Curated feeds are designed to promote posts that get the most interaction. All of Katrina’s phone videos on this altercation now have tens of thousands of views. Even Desiree’s videos completely unrelated to the exchange have had a dramatic increase in traffic.

If it’s interesting enough, your message (positive or negative) can quickly spread around the world. Despite the fact that all the live videos Desiree shared are now deleted, along with many of the associated posts, screenshots and other people’s recordings live on. Remember, every time you post you are starting a fire that you may not be able to put out.

Katrina has every right to leave a negative review if she is dissatisfied with the photography service she paid for. Like all of us, Desiree has to accept the possibility of negative feedback with every image she delivers. This is all part of a single transaction.

However, as soon as the story spread the tribe mentality took over. When people are acting as part of a large group, they are far more likely to exhibit hatred. One commentor even offered to push this story to her Facebook group of over 20,000 mothers to help punish Desiree’s business.

While I find Desiree’s response and videos unprofessional, I do not think she should be at the mercy of a massive group that was uninvolved in the transaction.

At the same time, her continued defiance and traffic-relishing tells me she’s not very upset by the negative attention. After all, our society has been known to catapult people to fame simply by hating them enough. How bout dah?

In this instance, Katrina felt she had every right to stop Desiree from using the images to promote her work. Some commenting even suggested that “if you already paid for these (photos), they don’t belong to her anymore”.

While the photographer here may have made some questionable decisions, she does still retain the right to the images she captured. 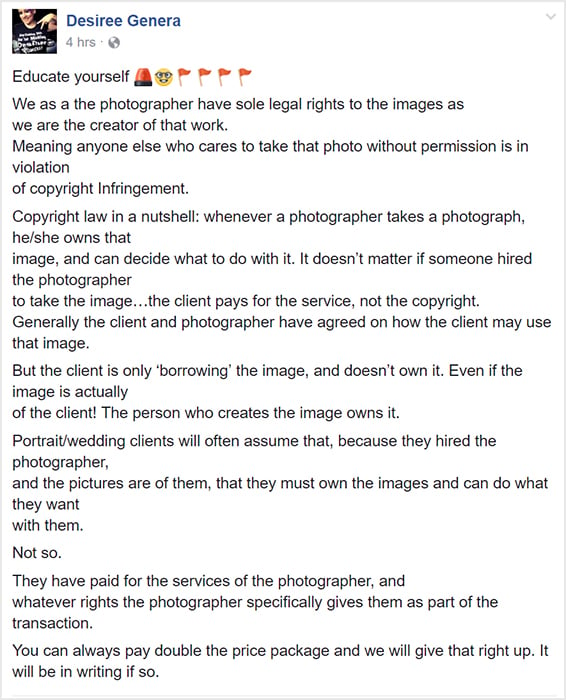 When our entire day-to-day is based around a specific industry, we tend to assume that the standards of our industry are glowingly apparent to the public. Back when I waited tables at Chili’s, I scoffed when a guest was unaware that the salad garnish in the Quesadilla Explosion Salad had onions in it. Those guests were not chefs.

Your clients are not professional photographers. It is our job to educate clients on all aspects of the photography service, as well as outline it within contracts. Failure to do so leads to incorrect assumptions by those hiring us, as well as the general public.

It’s never a good idea to go off on the struggles of our industry on a social media platform, regardless of how infuriated you are. Be wise to any message that you put out to the world, even if you think just your friends are listening. Educate your clients on the specifics of both the industry as well as your brand.

As photographers, we are trusted with people’s memories, personalities, and passions. We also carry the weight of their imperfections. It’s best to treat them all delicately.

Phrame is a New Frame Designed to Show Off Instant Photos