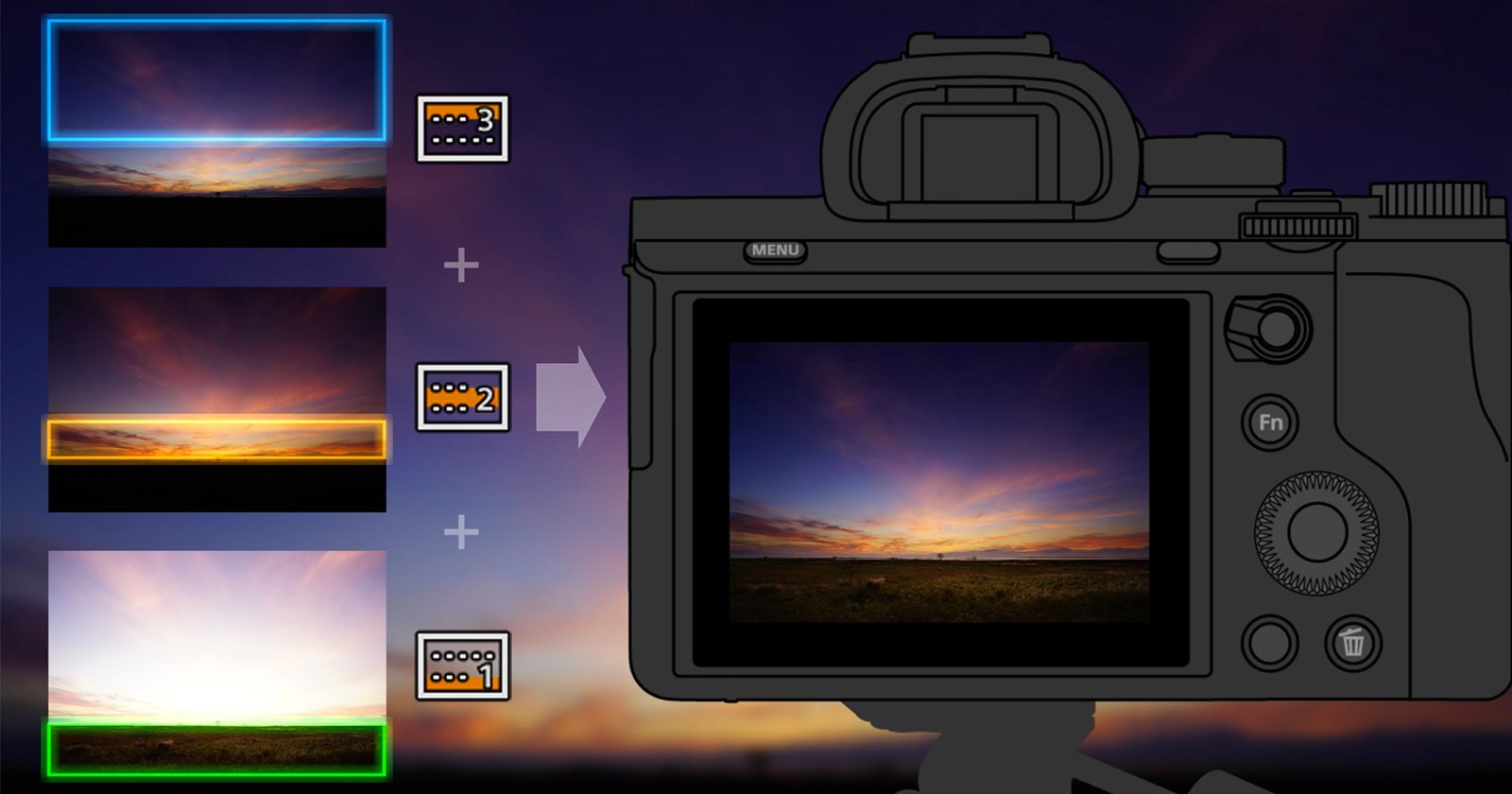 Sony has just released an interesting new app for its mirrorless and high-end compact cameras. The app, called “Digital Filter,” lets you divide your sensor into up to 3 sections and capture each of those parts differently. It’s like a graduated ND filter built right into your camera’s software.

Actually, it’s more than a grad. When you open up the app, you get several options: Graduated ND, Reverse Graduated ND, Color Stripe, Blue Sky, Sunset, and two Custom options for setting up your own presets. The presets will capture preset exposure and white balance values, and if you pick Custom, you can adjust the location and feathering of each boundary, the effect above and below that boundary, and more!

Here’s a video demo that shows exactly how it works, step-by-step:

Exposure compensation, aperture, shutter speed, ISO, and white balance can all be adjusted for each individual section of the image. Then, when you press the shutter, each section is captured separately and merged in-camera. It’s basically a powerful, customizable in-camera HDR capture and merge app.

The app could come in very handy; the only catch is that you’re gonna have to pay up for it. Version 1.0 just went up on the PlayMemories app store for a whopping $30.

That might be a deal breaker for some, but if you’re interested in adding some in-camera HDR capabilities to your Sony without carrying around a bunch of Graduated ND and Reverse Grad filters, this app might be the way to go. To find our more or purchase the app for your Sony, click here.

Retouching Interiors in Lightroom and Photoshop: A Crash Course