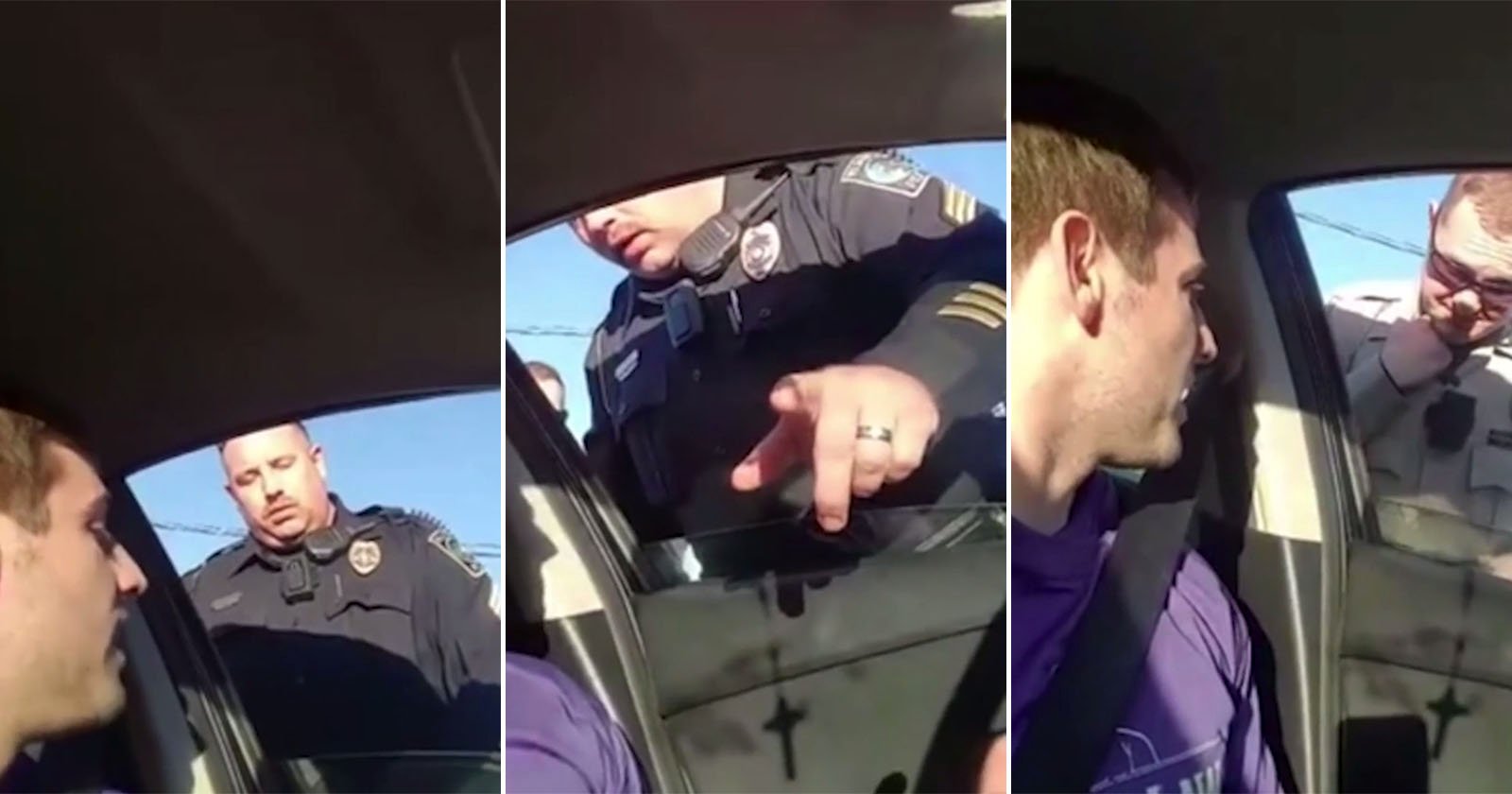 Full-time attorney and occasional Uber driver Jesse Bright had an interesting run-in with North Carolina police last month. During a strange traffic stop, Bright was told by two officers that there was a “new law” that made it illegal to record police; however, as an attorney, he felt confident calling the cops’ bluff and continued recording.

The video, published by The Washington Post, shows Wilmington police Sergeant Kenneth Becker telling Bright repeatedly to stop recording, calling him a “jerk,” and threatening him with arrest when he refused to comply: “You’d better hope we don’t find something in your car.”

Twice—once by Sgt. Becker and once by a New Hanover County sheriff’s deputy—he’s told of a “new law” that would allow the officers to arrest Bright and take him to jail. But when Bright counters that he’s an “attorney” and presses to find out what this brand new law is, the exchange devolves into the name calling and threats quoted above. You can see the full exchange in the video below:

Bright says he shared his video and story somewhat reluctantly with the media only after the police department failed to return any of his phone calls or apologize after the fact. He told the Post that he hopes the story will serve as a warning to citizens that “police are willing to lie in order to coerce people into doing what they want them to do.”

The Wilmington Police Department did speak out after the video garnered national attention. In a statement released on March 8th, Wilmington Police Chief Ralph Evangelous said the department has launched an internal investigation into the events of that day’s traffic stop, and clarified that it is not only legal, but encouraged for people to record officers on duty.

“Taking photographs and videos of people that are in plain sight including the police is your legal right,” said the Chief. “As a matter of fact we invite citizens to do so when they believe it is necessary. We believe that public videos help to protect the police as well as our citizens and provide critical information during police and citizen interaction.”

Bright’s story and video is going viral just days after photographer Mannie Garcia won $45,000 in a police lawsuit over two officers who took a slightly more… aggressive approach when he was photographing them in the line of duty.