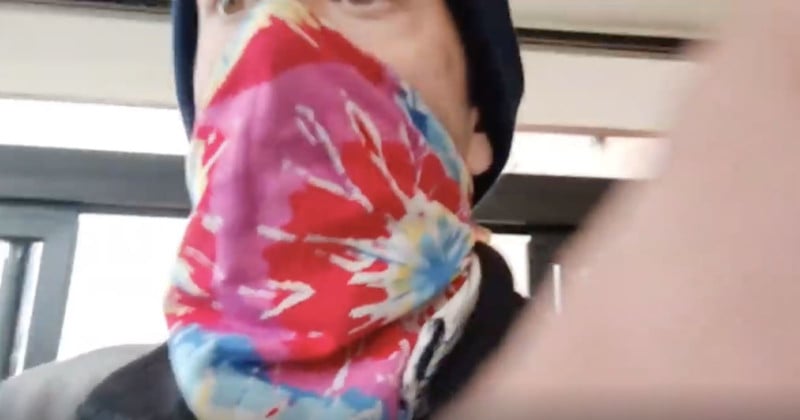 A livestreaming photographer has been acquitted by a jury for interfering with police’s response to a mass shooting.

Dean Schiller, 44, from Colorado, refused repeated requests by officers to leave the area as he livestreamed a mass shooting at King Snoopers supermarket in Boulder.

Citizen journalist Schiller began a YouTube livestream after he heard gunshots and saw three people lying on the ground on March 22, 2021. Schiller recorded a three-hour video depicting emergency services attempting to deal with the situation. It can be viewed here, but be warned some of the images are disturbing.

A Boulder County jury found Schiller not guilty of a misdemeanor obstruction charge. According to NBC News, his lawyers argued that being a temporary distraction does not equate to keeping police from doing their job.

Jurors were shown clips of Schiller’s video where several officers tell him to move back for his safety and the officers’ safety. Schiller cursed at some officers and made other aggressive gestures toward them.

His defense attorney Tiffany Drahota argued that the case was not about being polite to the police.

However, prosecutors said that Schiller became a distraction to police trying to save lives. Deputy District Attorney Myra Gottl said his priority was to keep streaming to gain more viewers on his channel.

“It was a calculated decision to get attention and he liked it,” she said in closing arguments during the trial last week.

Police testified that they did not arrest Schiller owing to a lack of time and resources.

“It wasn’t that I was creating something. It was real news and I needed to show people as long as they wanted to watch,” says Schiller.

District Attorney Michael Dougherty said that police responded to “an incredibly challenging and difficult crime scene” and said his office prosecutes those who obstruct and interfere with law enforcement’s responses to crises.

Ahmad Al Aliwi Alissa, 23, is accused of killing customers, workers, and a police officer who rushed into the store to try to stop the attack. The prosecution has been on hold since December after a judge ruled that he was mentally incompetent to stand trial.

The case is part of a wider discussion on recording crime scenes and the police. In recent years, there has been a rise in citizen journalists such as Schiller who put out content on their own social media channels.

They are not official press, but recordings such as Schiller’s have become a vital part of documenting a breaking news story. The omnipresence of smartphone cameras makes it easy for anyone nearby to get vital footage.

Arizona have sought to make it illegal for bystanders to record police activity within eight feet, a law that is being challenged by civil rights groups and photographers.

In July, a Denver-based U.S. appeals court became the seventh appeals court to rule that people have a right to record police while they work protected by the First Amendment.