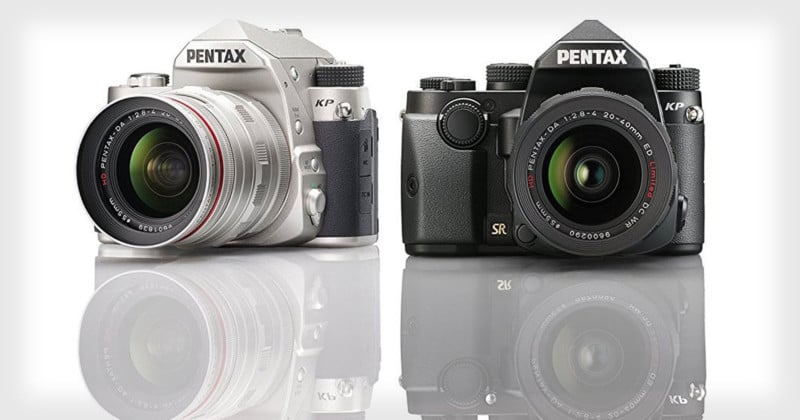 Less than a day after photos and specs leaked onto the Web, Ricoh has officially announced its new Pentax KP DSLR. It’s a compact and weatherproof mid-range sibling to the K-3 that Ricoh says is perfect for outdoor photographers. At the core of the Pentax KP is a 24-megapixel APS-C CMOS sensor, which has sensitivity up to ISO 819200. It’s also the first Pentax APS-C camera to feature Shake Reduction II, which uses a 5-axis system to compensate for camera shake up to 5 stops. A Pixel Shift Resolution feature in the camera uses this Shake Reduction system to capture 4 separate images and combine them into a single high-resolution photo.

The autofocus system uses 27 points, of which 25 are cross-type sensors located in the middle to nail focus in brightness levels down to -3 EV. An electronic shutter allows for live view on the 3-inch 921,000-dot LCD screen, which can be tilted vertically for viewing from above or below. Ricoh says the camera uses an “air-gapless construction” on the LCD screen to reduce reflection and light dispersion for better viewing outdoors. Other LCD features designed for outdoor shooting include an Outdoor View Setting mode that adjusts brightness to current lighting conditions, and a red-lighted monitor feature for being friendlier on a photographer’s eyes that have adjusted to the dark. The grip of the camera can be changed: in addition to the standard grip, photographers can choose to swap in a medium grip, large grip, or optional battery grip.

The mostly magnesium alloy camera body itself is compact and rugged: it uses 67 sealing parts to be dustproof and protected against weather, and it can operate at temperatures down to 14°F (-10°C). 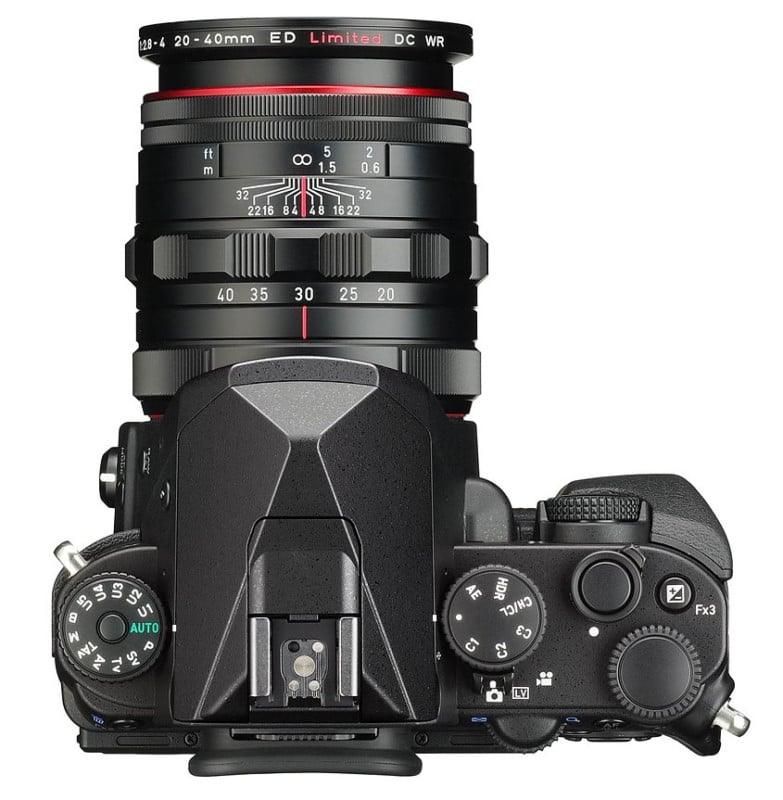 Other specs and features of the Pentax KP include an electronic shutter (for live view and 1/24000s exposures), an AA-filter-free design for sharper images, an optical viewfinder with a nearly 100% field of view, 1080p HD video recording, an external mic terminal, a 4K Interval Movie mode (shoots a burst of 4K photos), wireless LAN, and Dust Removal II for shaking off sensor dust with ultrasonic vibrations.

Update on 1/27/17: We had originally said the KP was a “high-end successor” to the K-3. Ricoh has informed us that this is incorrect.

“While the KP inherits many features from the K-3 II, it is not replacing that model,” Ricoh says. “The KP is actually positioned as a “mid-range” model in the PENTAX line.”

This is the Official Portrait of Brazil’s President