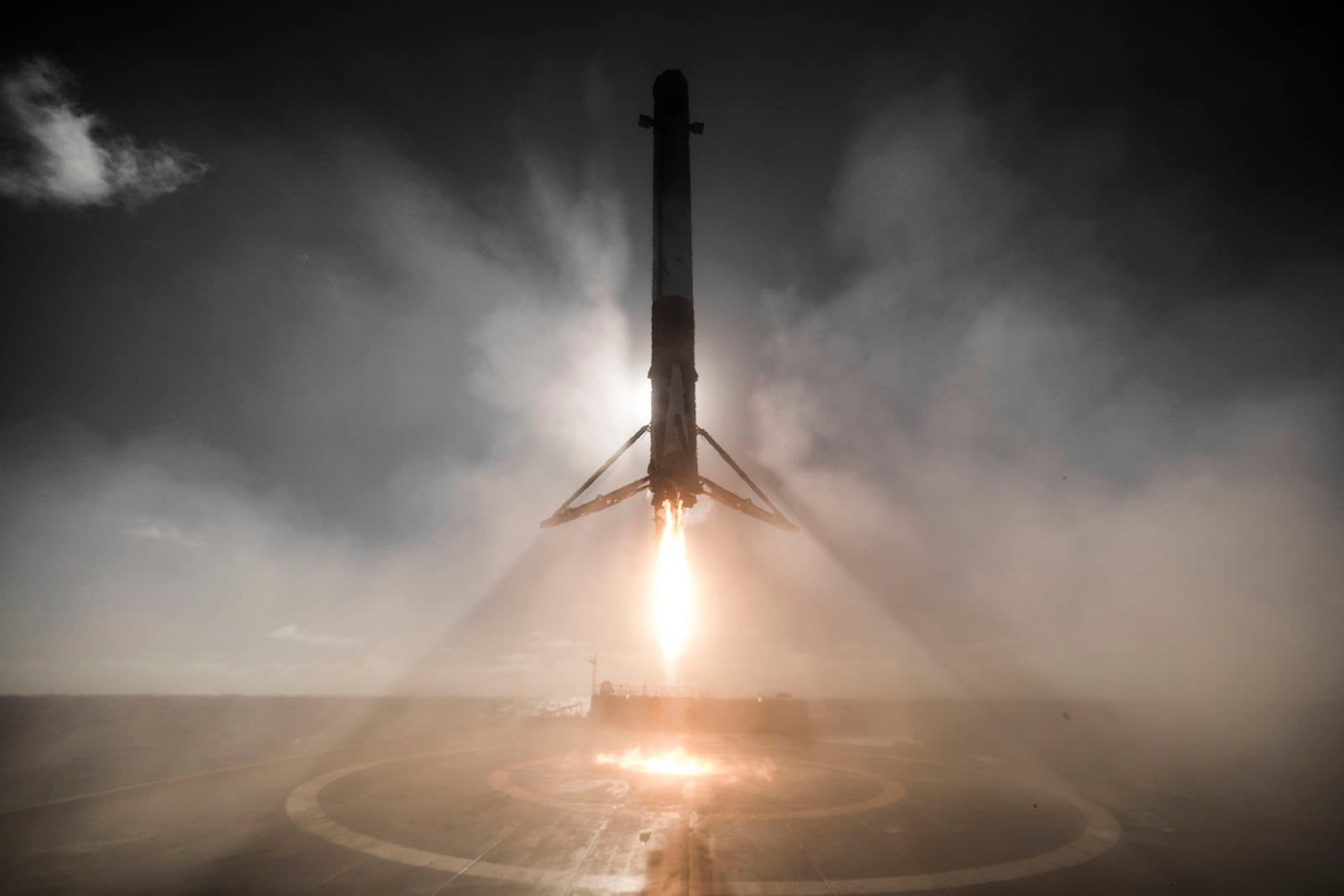 SpaceX successfully landed its Falcon 9 rocket on a drone ship in the Pacific Ocean this past weekend, and the company managed to capture the remarkable photo above of the rocket shortly before touchdown and directly in front of the sun.

This landing was the fifth landing at sea and the first such landing in the Pacific.

While there weren’t any additional details provided by SpaceX on the photo’s page over at Flickr, a quick look at the embedded EXIF data reveals some facts about how it was created.

The photo was captured by a Canon 6D DSLR with a shutter speed of 1/2500s at ISO 125 in shutter priority and pattern metering modes. As with other rocket launches and landings, the camera was almost certainly fixed to the barge and triggered remotely — this type of thing wouldn’t be very friendly to a human photographer’s health.

You can find a full sequence of photos from the launch and landing in this Flickr gallery posted by SpaceX.

(via SpaceX via The Verge)

The Failure of the Perfect Picture