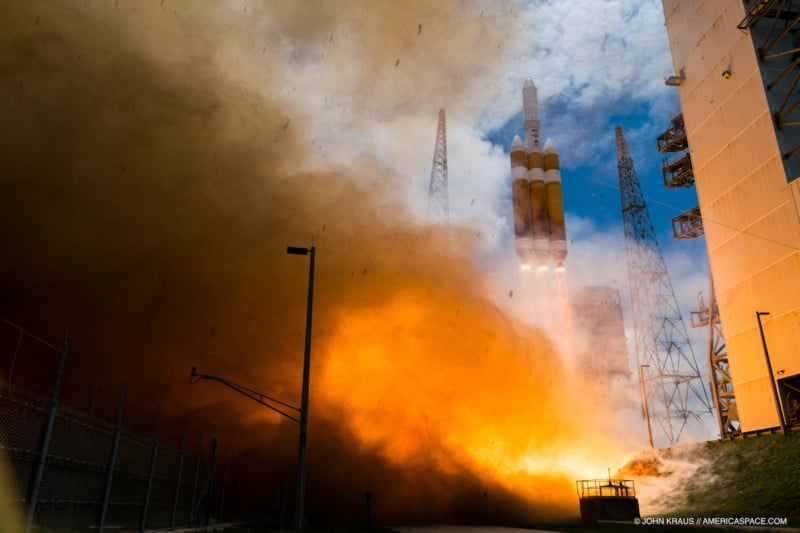 John Kraus is just 16 years old, but already the young photographer is capturing amazing aerospace photos professionally, using gear most of us would probably scoff at.

Based out of Satellite Beach, Florida, Kraus has been taking photos ever since he purchased his first DSLR in January of 2015, and has been shooting professionally for AmericaSpace since January of 2016. The gig allows him to set up his gear right next to rocket launches he once had to shoot from afar, and he recently captured some amazing photos of the world’s highest capacity rocket, the Delta IV Heavy, launching out of Cape Canaveral.

You can see all the stills his remote camera captured in the short slideshow below:

All of these photo were captured from just 200 feet away by a sound-triggered Nikon D3300 sporting its 18-55mm kit lens. But those are all things you can find out from Reddit, so we spoke to Kraus earlier to find out a bit more.

The first thing he told us is that the biggest threat to a remote camera in these situations isn’t necessarily the rocket. “While the rockets are extremely powerful, Florida’s weather is a bigger problem,” he explains. “Rain can fill our lenses with water. Wind can knock over our tripods if they’re not properly staked down. A camera could be out for two days and its battery could die.”

Protecting your camera is incredibly important. So when he went out to set up his Nikon for the Delta IV Heavy launch (his third credentialed shoot for AmericaSpace) he tried his best to protect it from both the rocket that was towering over him and the atmosphere that rocket would eventually escape.

“I attached a lens hood to try to protect the camera from any rain,” he told us. “Using plastic grocery bags, I wrapped up the camera and the sound trigger beneath it. [And] all three legs of the tripod were staked down to prevent me from having to pick bits and pieces of my camera from the launchpad’s perimeter fence.”

Initially, the camera was set up much further away, about 1,000 feet. But after Thursday’s launch scrub due to weather, Kraus took a risk. “I took the opportunity to move my camera from 1000+ feet away to a location right behind the flame trench,” he says. “I figured that risking the camera was worth the photos, as this rocket isn’t going to be launching again until 2018.”

And it was. While he sat 1.6 miles away capturing the photos below, the remote camera took all the punishment the rocket doled out and kept on shooting. “The tripod remained upright, the lens had no water damage, and no debris pelted my camera,” he told us excitedly. “The result… was quite pleasing.” 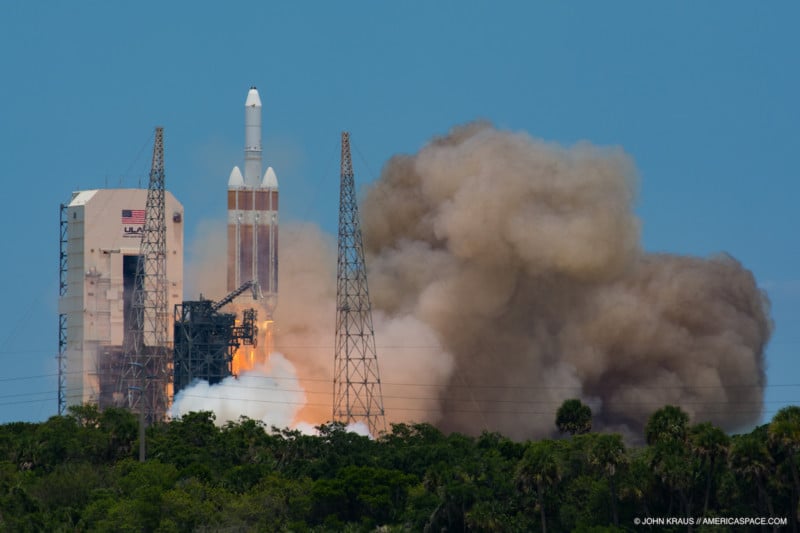 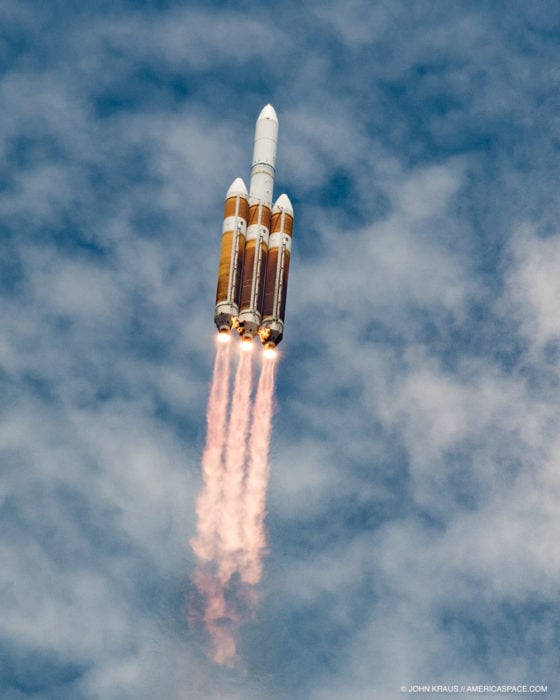 The last thing John told us before signing off has nothing to do with photography, but it helps put the power of this rocket launch in perspective. “It was… loud,” he wrote us, trying to convey what it’s like to watch the world’s most powerful rocket launch from just 1.6 miles away. “You could feel your chest shake.”

Image credits: Photographs by John Kraus and used with permission.

Photographer Responds to Outrage Over Her ‘Walking Dead’ Kids Shoot