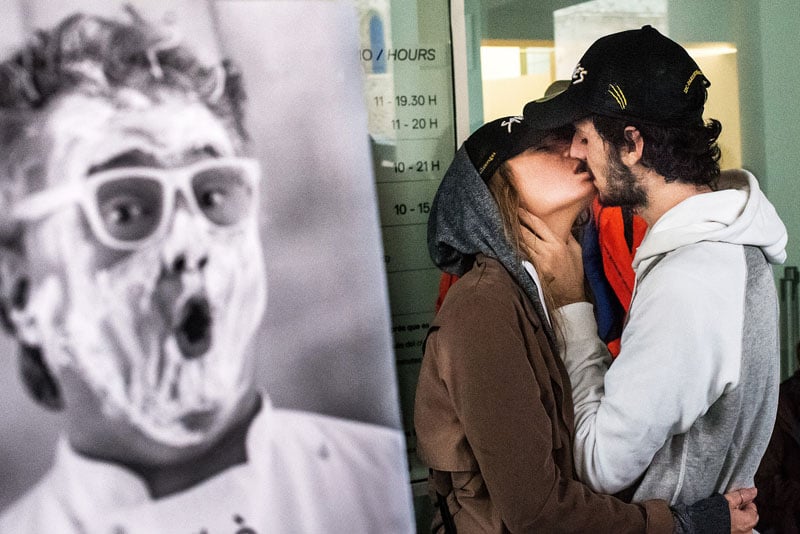 In 2013, 8 wedding photographers, scattered around the UK, decided to get together and take an October trip to Paris. We were to live together for a few days, wander the streets and dedicate each day to street photography. In the evening we would review and critique each others work.


On returning, our street shots were well received by fellow wedding photographers. Learning much from this experience we decided to make this an annual trip, each year visiting a different city. Our collective, The 8Street was born.

Street photography is not always done alone. Back in the Sixties Diane Arbus, Gary Winnogrand, and William Klein used to bump into each other taking photographs on the streets of New York. At The 8Street, we have made it less about bumping into each other on the streets of New York and more about organizing ourselves into a tight group of friends, booking regular trips abroad, hanging out, drinking cheap beer and good wine and occasionally taking photos.

In 2014 we flew to Istanbul. 2015, the energetic (but very rainy) Berlin. October 2016 was Barcelona, a beautiful city, with stunning architecture and bathed in autumn light. Busy with locals and visitors, we wandered the streets and museums looking for moments and people that inspired us. Our numbers have swelled, with 12 official members in the collective now, but only 10 could make this year’s trip.

The trip was divided up into days, which were in turn given identifying names such as Monday, Tuesday, Wednesday, Thursday and Friday. Much like the regular nomenclature of any given weekday it turns out, entirely coincidentally. Within these ‘days’ our intrepid band of roaming photographers would slither off in pairs, hugging the walls and shadows of Barcelona and only meeting up again regularly for beer, coffee, tapas, and alright then.. one more beer, and another patatas bravas.

Stealth was important. Everyone worked noiselessly and with great diplomacy. By the end of the week all eight of our working photographers had collated possibly our strongest selection of images yet.

About the author: Adam Riley is a photographer based in Cheshire and a member of The 8Street. You can find more work by The 8Street on its website, Facebook, Instagram, and Twitter. This article was also published here.