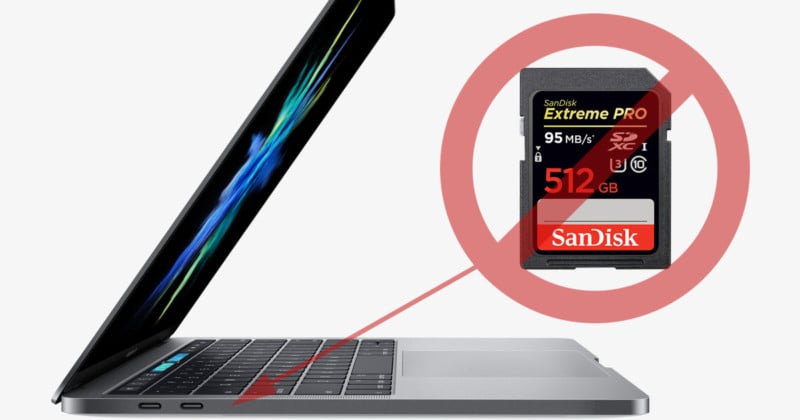 When Apple unveiled its latest Macbook Pro laptops last month, one change photographers immediately noticed is the absence of a built-in SD card slot. While it hasn’t caused as much of a hoopla as the removal of the headphone jack from the iPhone 7, the design decision does have a lot of photographers talking and some photographers griping.


Wondering why Apple decided to remove something that so many photographers found useful? Apple’s marketing senior vice president Phil Schiller gave some explanations in a new interview with The Independent.

One main reason: because it’s “cumbersome”…

“It’s a bit of a cumbersome slot,” Schiller says. “You’ve got this thing sticking halfway out.”

It seems that Apple also didn’t want to play kingmaker in the battle between SD cards and CompactFlash cards (and newer formats like XQD).

“[Y]ou can use CompactFlash as well as SD,” says Schiller, “So we could never really resolve this – we picked SD because more consumer cameras have SD but you can only pick one. So, that was a bit of a trade-off.”

Just like with the headphone jack and Apple’s new wireless AirPods, Apple wants to move in a wireless direction free from annoying cables.

“[M]ore and more cameras are starting to build wireless transfer into the camera,” states Schiller. “That’s proving very useful. So we think there’s a path forward where you can use a physical adaptor if you want, or do wireless transfer.”

Gaming laptop maker Razer had this to say about Apple’s SD design decision on Twitter: 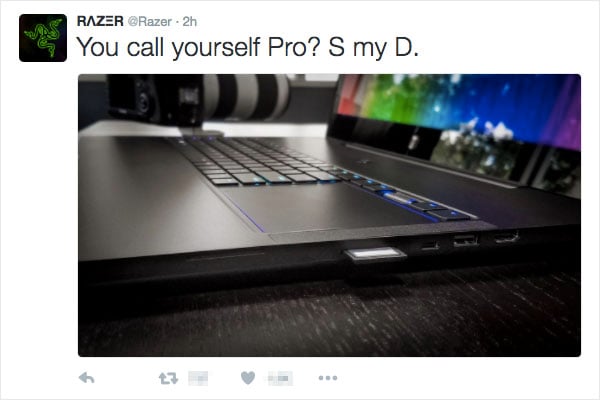 Razer later deleted the Tweet and issued a public apology.

Trippy Photo Clothing Blends In when Shot Against the Same Landscape