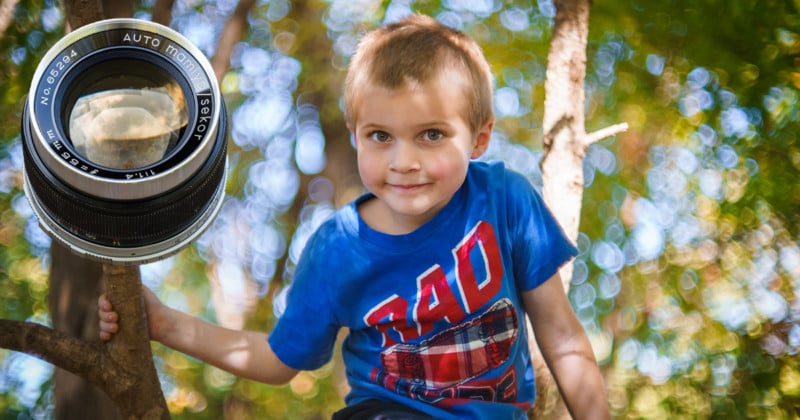 I recently returned home from my trip to Egypt, and with my wife due any day now, I had some time to squander on lens hunting. A local craigslist post revealed that one of the camera shops in town was having a yard sale to clear out all of their old stuff in preparation for moving to a new location. I wasn’t about to pass up on a camera shop yard sale!

Before going, I learned that this was the second weekend in a row that they’ve done this. As such, I wasn’t expecting to find much since most of the good stuff would have already been picked over. Sadly, my guess proved mostly true. The only interesting lens I found, a Mamiya/Sekor 55mm f/1.4, was attached to an old 35mm Mamiya 500TL camera. The lens was in decent shape with only a few dings in an aft dress ring which was causing a bind in the focus action.

The lens/camera combo was only 10 bucks.

After a quick search on an app I use for researching old lenses, I decided this would be a low risk purchase. The focus of this post isn’t lens restoration, so I’ll spare you the details of that. In summary: an afternoon of repairing, cleaning, and lubricating brought new life to this old beauty.

Note: The following photos of the lens were made using a Russian Zenit Helios 44M-6 58mm f/2 I purchased in Egypt. 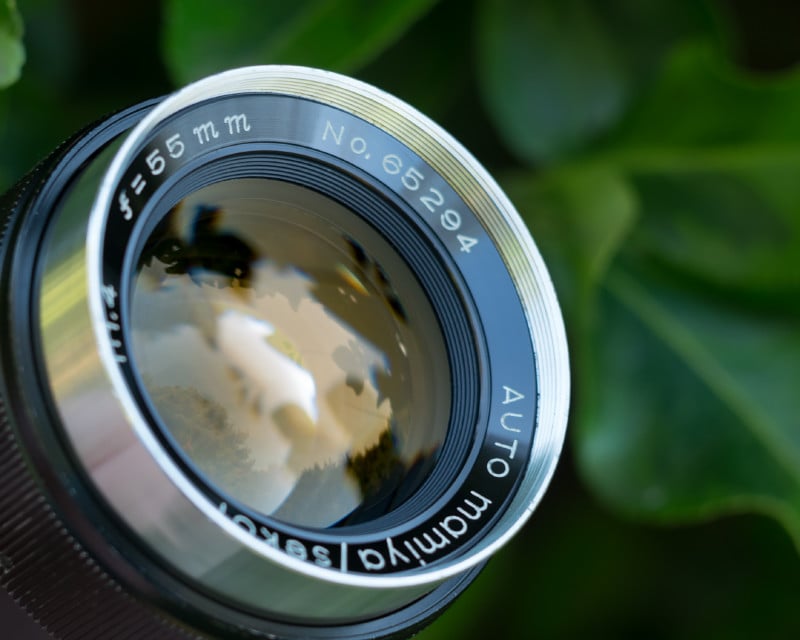 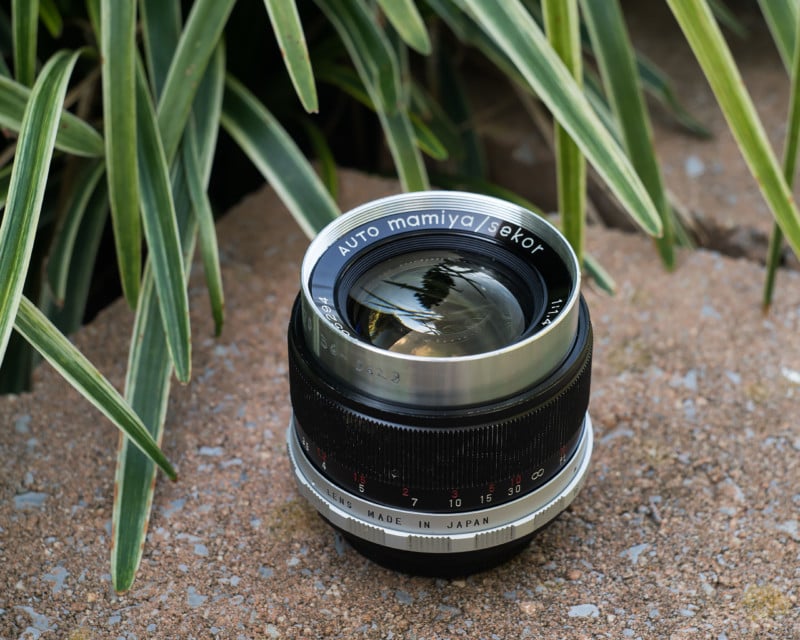 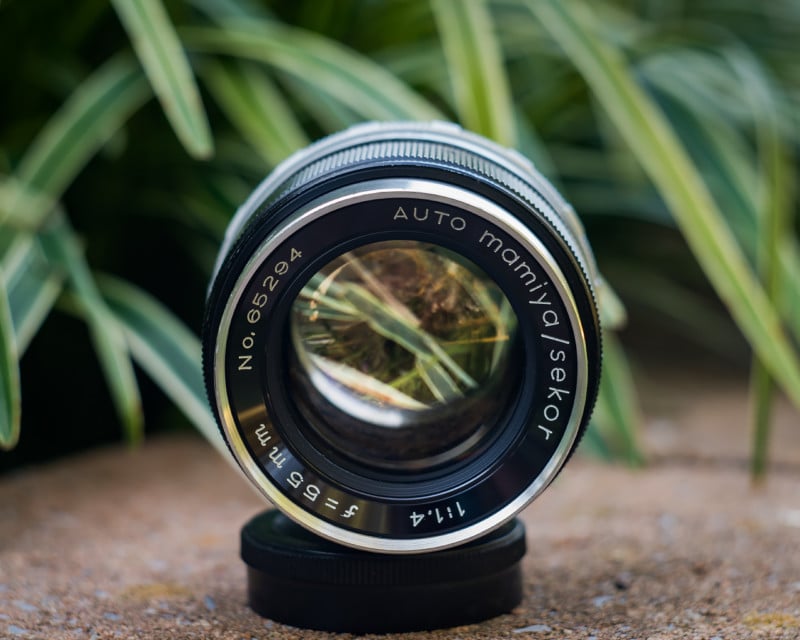 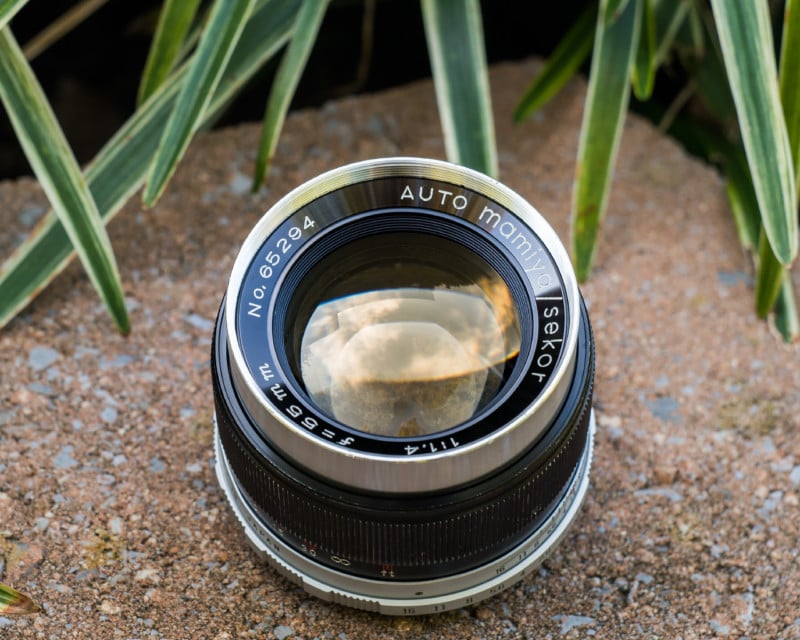 While shooting photos of the lens for this post, Chester (aka The Rhinosapuss) decided that I required his second-opinion on the quality of my repair. He approved of the work and commented on the perfect condition of the lens’ 6-bladed aperture. 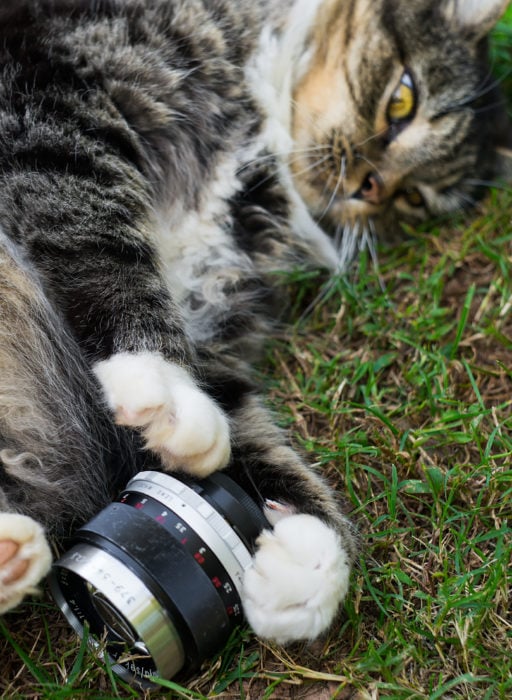 Inside and out, this is a beautifully-made all-metal and glass lens. Considering how filthy and dusty it was when I bought it, and the fact it had no lens cap and was stored in a box full of junk, the glass was in excellent condition with only a bit of dust particles settled on the inside. A thorough cleaning revealed that it had managed to avoid taking any scratches to the front or rear elements.

Anyway… All of that stuff is well and good, but the most important thing is what kind of image a lens can make. I’ve got some mint condition lenses that are optical turds when compared to some of my beat-up looking junkers. Aesthetics are nice and all, but I’ve learned not to judge a book by its cover.

Let’s give this $10 lens a chance to show us what it can do. 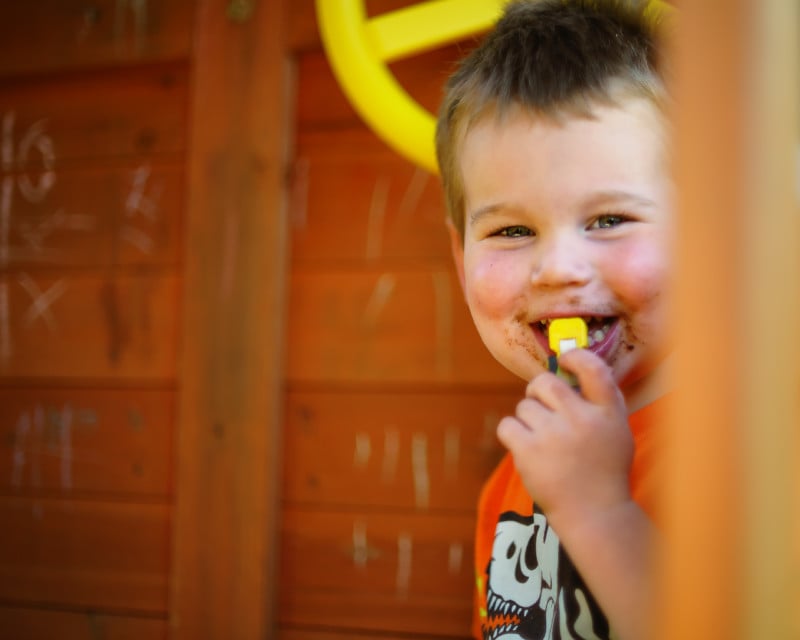 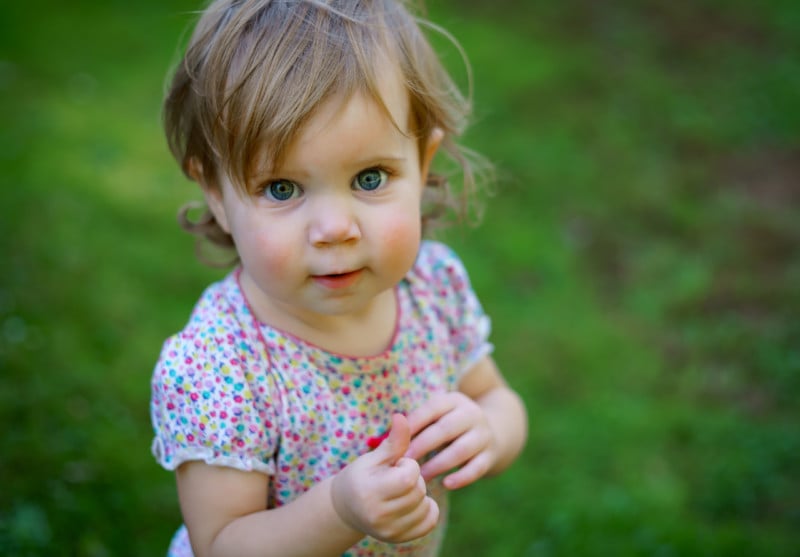 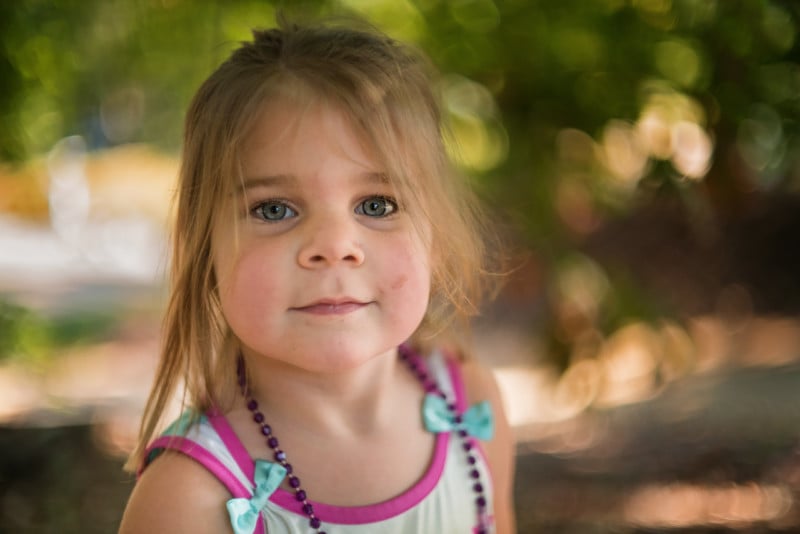 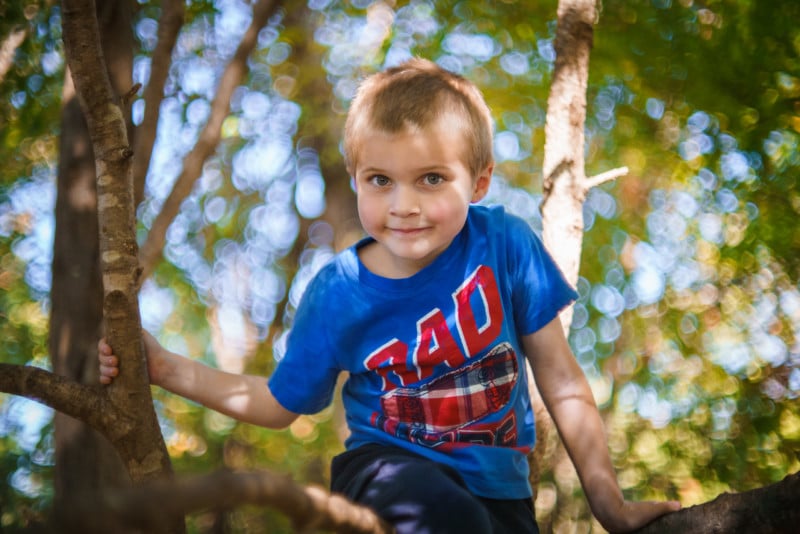 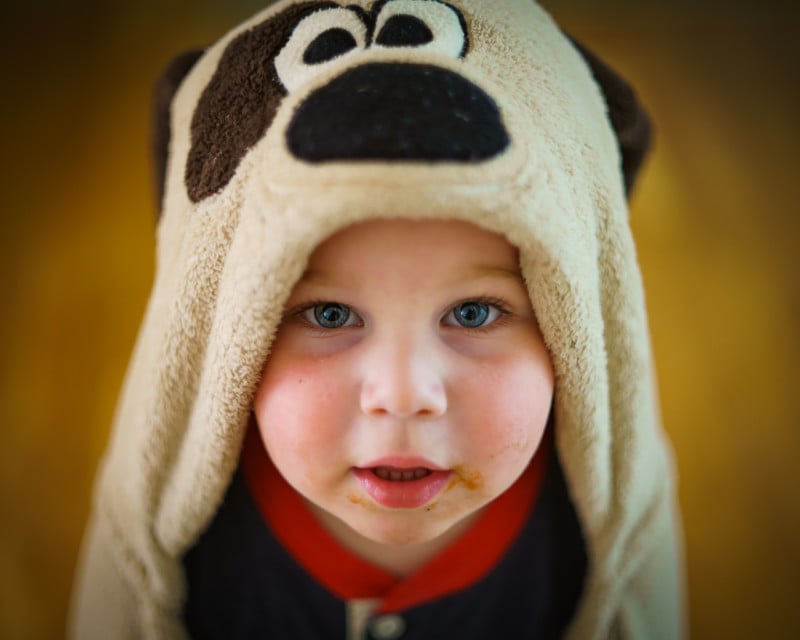 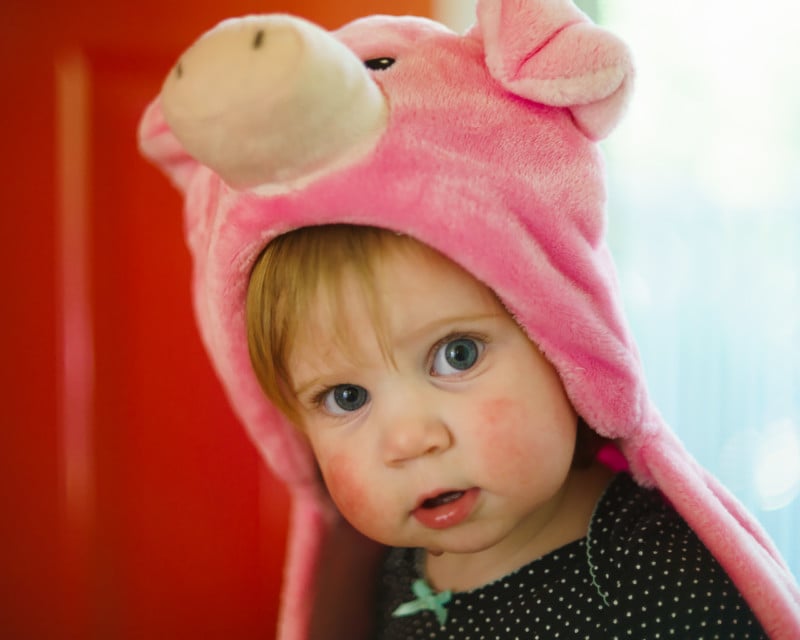 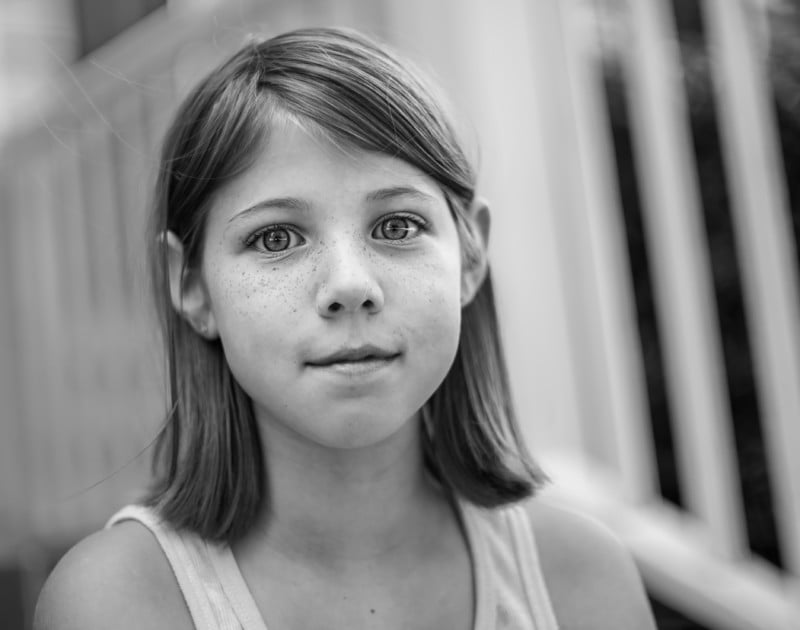 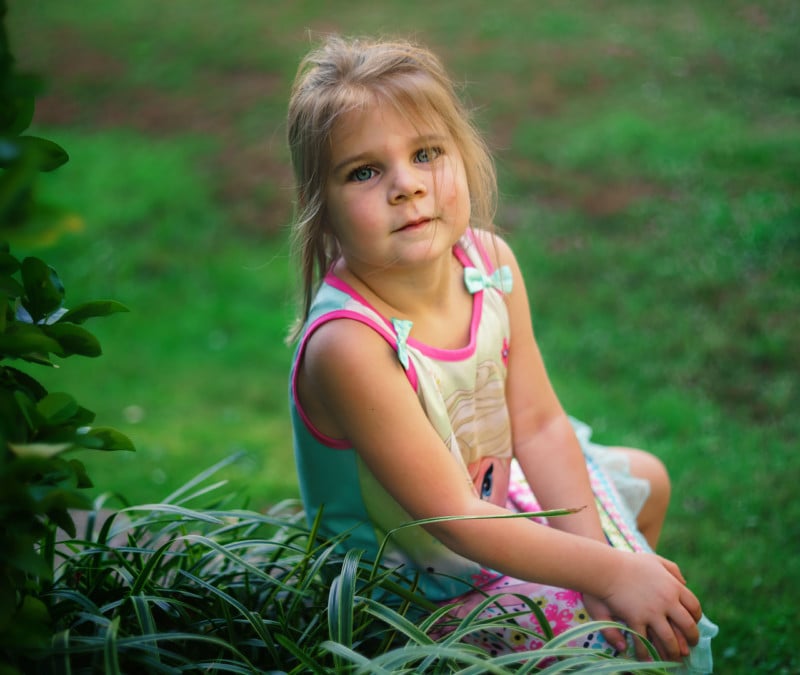 COME ON!!!??? REALLY??? From a $10 lens!?! I am really, truly impressed. What matters to me more than anything else is whether or not a lens produces a special look, and this Mamiya/Sekor 55mm has it in spades. The one thing that stands out the most to me is that superb color and contrast. It looks and feels a lot like a Rokkor: nicely saturated, a tad warm, and great contrast when used away from full-frontal lighting.

Without further evaluation, I’m not prepared to say it’s better than the Rokkor 58mm f/1.2 or f/1.4, but I can say for sure that it’s up there with them.

I’ve done some searching on eBay to see at what sort of price range this Mamiya/Sekor lens is typically offered. I found them to be between $80-$125. This puts it well below the price of the Rokkor 58mm f/1.2 and slightly above the f/1.4 variant. I happened to score the Mamiya for much less than its current value but, having now seen what it is capable of, I would gladly pay the higher end of the price range to get this lens.

For giggles, I pulled a few similar lens from the cabinet and shot a set of side-by-sides for size and aesthetic comparisons. 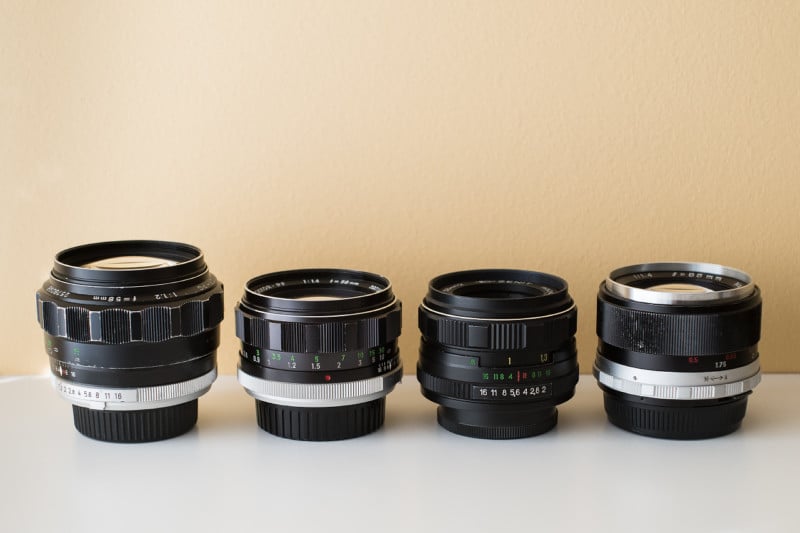 The Rokkor 58mm f/1.4 and the Mamiya 55mm f/1.4 are nearly identical in length and diameter. Whatever weight difference that may exist is negligible in-hand. The Helios 58mm f/2 is a wee bit smaller and lighter than both the f/1.4 lenses.

The Rokkor 58mm f/1.2 is a tank in comparison, both in size and weight, to the other three lenses. All of its brilliant, thoriated glass comes at a cost in heft. 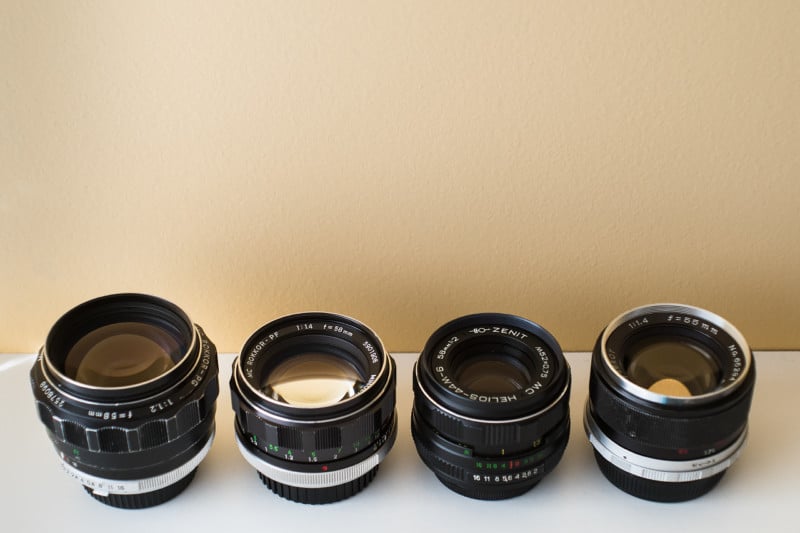 Both of the Rokkors and Mamiya have the same #30 grease applied to a smooth and clean helicoid. The Mamiya has a thicker feel than either of the Rokkors while being slightly slicker than the Helios. That isn’t to say the Mamiya is stiff, but it does offer a bit more resistance to rotating the focus ring.

Worth mentioning too is the amount of rotation it takes to go from infinity to close-focus. For the Mamiya it’s nearly 330 degrees of rotation; the other lenses require only ~180 degrees. This can be a good thing for really precise control over your focus, but if you’re chasing kids around the yard—like I was—it can be a proper task for your fingers to keep up with them when you have so much ring to turn.

A final note I’ll mention is the minimum focusing distance: both of the Minoltas are just a tad less than 2 feet while the Mamiya and Zenit will allow you to get about 6 inches closer to your subject.

I hope you’ve found this post to be informative, if not interesting. For you fellow mirrorless junkies, I hope to inspire you to look to the past for a vast selection of great lenses capable of producing excellent results while costing very little in comparison to the modern (often sterile) offerings.

This is What 20,000 Miles of Hard Travel Does to a Camera