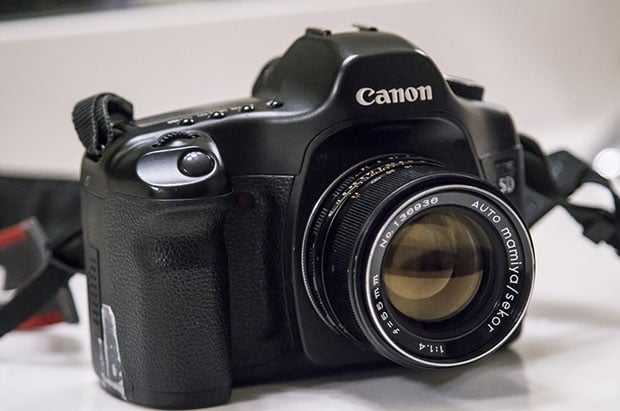 If you want a 50mm f/1.4 lens for your DSLR, you’ll need to shell out at least a couple hundred bucks, even if you buy one made by a third-party manufacturer. For those of you who don’t mind losing autofocus, you can get the same focal lengths and apertures for much cheaper by buying some old glass and an adapter. By much cheaper, we mean as low as $10-$20! India-based photographer Brock Whittaker recently did this after seeing an auction on eBay for an old Mamiya camera kit.

Here’s Whittaker explanation of how he managed to snag this new piece of gear on the cheap:

I had just recently traded my Nikon 50mm f/1.2 AI-s with someone else, and was looking for a new, affordable lens in that focal length. I was looking at getting a Contax Zeiss 50mm f/1.4, but they were a bit pricy at $400. I checked out some of the auctions going on at eBay. I noticed that several people were selling ‘Mamiya 1000 DTL Cameras’ that came with lenses. Most of the interest online in purchasing film cameras has died, so most people don’t ever search for these auctions. I noticed that the auction came with the Mamiya 55mm f/1.4 for free! I quickly bid on it, and before I knew it, I had won the auction with a bid of only $9.00!

I was not really expecting much, as the auction listed the camera “as-is”. They said that it was not tested, but I was willing to take that risk for such a small price. I went ahead and ordered an M42 to EOS adapter for my camera. Basically it lets me mount any M42 lens on my Canon 5D. Both came in the mail on the same day. It turns out that not only is the lens in perfect working condition, but so is the camera! It turns out that this lens is probably the sharpest lens I have used, let alone the most fun. The focus ring is smoother than butter, the body made of solid metal. If you cannot handle manual focus, do not get it, but if you are looking for something fun and affordable, this is probably the best option by far.

He also attached the lens to his Sony NEX C3, a camera with an APS-C sensor, and writes that using the lens at f/1.8 does away with the chromatic aberration and spherochromatism seen at f/1.4.

You might be surprised at the quality of the resulting photographs, but you shouldn’t be — old glass is often still great glass (click these samples to see high-res versions): 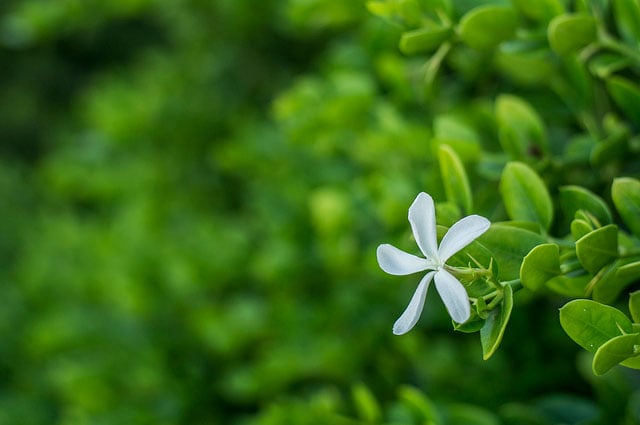 We took a peek on Amazon, and found that an M42 to EOS adapter costs just $6. You should be able to find converters for many old lens mounts at similar prices.

Windows 7 to be the Min. Requirement for All Future Photoshop Versions